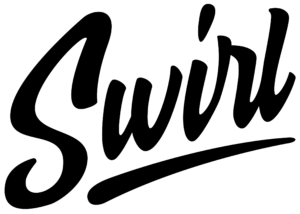 Around this time last year, Charlotte’s food, art and music scenes were in line to take a huge hit. Some found ways to pivot their events into a virtual experience while others weren’t so lucky, as Charlotte began to come to terms with “the new normal.” As of mid-May, music venues, sporting events, restaurants and bars were able to operate at full capacity and the mask mandate was no longer a requirement, but a suggestion for the people who haven’t been vaccinated yet.

Though everything is not entirely back to normal, with more folks getting vaccinated, we’re getting pretty close. It’ll probably take some time to get used to being elbow-to-elbow with strangers at a bar or concert, but as long as we stay cautious and look out for each other, Charlotte’s got a great summer to look forward to. Cue the packed patios, crushing beers at the pool and, finally, the return of live music after a year of virtual shows and livestreams.

This past year without live music had us nostalgic for the most mundane and troubling aspects of being in a music venue –– like waiting in line to use a bathroom with no toilet paper and a barely working sink or paying $6 for a PBR. What was once the subject of complaints is the familiarity many Charlotte musicians and concert-goers are yearning for. Live music is finally back. Virtual shows were fine for a time but we’re ready to get back out there, and performers are too.

The U.S. Whitewater Center’s River Jam takes place in an outdoor stage every Thursday, Friday, and Saturday night at 6:30 p.m. running from May to September. Other activities include yoga, open-water swims on Thursday, and rafting down the rapids. Food and drinks at various USNWC locations are also available, and admission is free.

September 8-Oct. 3: Wicked
The iconic Broadway musical is coming back to Charlotte, and brings back the story of Oz before Dorothy paid a visit.
More: $40 and up; times vary

September 11: Nikki Glaser
One of the top comedians in the country visits the Queen City for a night of laughs.
More: $24.50 and up; 7 p.m.

June 18/August 20: SlamCharlotte Poetry Slam
Charlotte’s monthly Poetry Slam event is hosted by SlamCharlotte, whose goal is to build a stronger community between poets and the community though spoken word.
More: Free; 8 p.m.

September 9: Bob the Drag Queen
The Ru Paul’s Drag Race winner and comedy queen is coming to Charlotte, and bringing her talents with her.
More: $24.50 and up; 7:30 p.m.

September 11: The Chris and Paul Show
Chris O’Neill and Paul Valenti hail from Connecticut and formed The Chris and Paul Show back in 2000, then moved together to a studio apartment in NYC, where they honed the uncanny ability to take seemingly predictable situations and attack audiences with twists that leave them in shock.
More: $20 and up; Time TBD

September 16-19: Opera Carolina’s I Dream
Opera Carolina starts its 2021-2022 season with I Dream, a story of how two men changed the Civil Rights Movement.
More: $22 and up; times vary

August 19-September 12: Charlotte Squawks 16: Going Viral!
The SNL-meets-Broadway cast of Charlotte performers is back and ready to tackle politics, sports, and pop culture in the Queen City.
More: $24.50 and up; dates and times vary

August 11-22: Ma Rainey’s Black Bottom
The riveting story of music and race, August Wilson’s play is not one to be missed.
More: $28; dates and times vary

Instead of going to Rome to see the ceiling’s frescoes 44 feet away from the Sistine Chapel floor below, patrons can see them up close. The paintings cemented Michelangelo’s reputation, but the sculptor never wanted the job in the first place, and insisted he was wrong for the task. In the 1560s Pope Pius IV had the genitals of the artist’s nudes figures painted over, but modern restorers stripped away the fig leaves.

Celebrated every year on the first Saturday of June, the Carolina Thread Trails celebrate National Trails Day with vendors and a series of outdoor activities. A great way to kick off the summer, the nationwide events are used to promote and celebrate the importance of trails to communities.

Combining virtual and in-person events, the Charlotte Museum of History explores dance, visual art, and the history of African-American people that have lived in Charlotte throughout all of its existence. Tickets are limited to uphold social distancing and must be held in advance.

Celebrating African-American voices in film as well as independent filmmakers, the Charlotte Black Film Festival is going on its 11th year of uplifting those voices. Going virtual this year, the film festival boasts student films, feature-length films, short films, and documentaries in its line-up.

The art of the impressionist master Van Gogh is coming to Camp North End June 17th. With more than 5,000 feet of projections animating the art of Van Gogh, visitors are invited to fully immerse themselves in the paintings.

Party in the Park

Spend the last Sunday of each month in the park at the Mint Museum Randolph and enjoy the food and art Charlotte has to offer. Free admission to the museum, food trucks, and a cash bar are all available for the outdoor event.

The Yiasou Greek Festival is back after it’s cancellation in 2020, featuring authentic Greek food, music, art and dancing. It is the time of year that anyone can be Greek.

Featuring large-scale installations throughout Uptown, SHOUT! festival highlights the diversity of art in Charlotte, and brings together all the city has to offer in one festival. From food, to dance, to music, to art, SHOUT! weaves the talents of the city into one event.

If the closest vineyard seems like an unlikely destination, keep it in the neighborhood with samples of wine from local, regional and national vineyards.

From the same team behind the Nebels Alley market, another monthly chance for open-air shopping, tasting and entertainment in South End.

This 12-year-old fundraising benefit for Levine Children’s Hospital will remain virtual as a safety precaution, so you can check out some good flicks while supporting from your couch.

Variety is the spice of life, especially when that means a range of beer, bourbon, barbecue, biscuits, bluegrass, and “smoked beasts.” Experience over 60 beers, 40 bourbons and enough barbecue to feed all of Charlotte.

Camp North End
When Babe & Butcher opens in Camp North End this summer, expect build-your-own charcuterie boards of as much meat, cheese, fruits and jams as your hearts desire.

South End
Unlike its sister concept Lost & Found, Broken Promise will be more of an intimate cocktail bar. The owners described it as the place you go to before the party.

Myers Park
The Belmont burger joint is opening its second and third locations, one in the Myers Park area and the other in Concord.

Plaza Midwood
Asheville-based Burial Beer Co. makes its Charlotte debut this summer. The latest spot is set to take over Boris & Natasha’s former location in Plaza Midwood. Expect a 2,600-square-foot taproom and bottle shop along with a rooftop patio and outdoor space for a beer garden.

Truist Field, 324 S. Mint St.
Be sure to check out the website for promotional nights ranging from Bark in the Park to playing catch on the game before the game. Per usual, Friday nights at home are always wrapped up with a firework display.

After three games in Matthews, where the Independence have been playing while Memorial Stadium has been undergoing a complete rebuild, the team comes home to the Queen City.

Greg Cox Prepares for Another Career 'Milestone' with New Album