Key findings around housing instability include findings that the share of low-cost rental housing — defined as less than $800 per month in 2018 — decreased from approximately 51% of all rentals in 2010 to just 25% of all rentals in 2018 (page 17). This forces low-income renters to “rent up,” spending more than 30% of their household income on housing-related expenses, which creates housing instability. The report also shows that demand for rental assistance increased by 907% between February and April 2020 following the onset of the COVID-19 pandemic (page 41). During that time, unemployment in Mecklenburg County went from 3.4% to 12.8%.

In regards to homelessness, the report found that, as of June 2020, there were 3,111 people actively experiencing homelessness in Mecklenburg County, including 2,049 single adults and 309 families (page 53). Of that number, 508 individuals were experiencing chronic homelessness, meaning they have experienced homelessness for a year or more, or repeatedly over multiple years. The report found that, over the last fiscal year, the average length of stay at an emergency shelter rose to 118 days. That number has increased every year since 2015, when the average stay was 66 days. In late April, we reported on how Charlotte’s homeless population was struggling through the COVID-19 pandemic. Read this CSS blog post for more key findings from this year’s report.

Gov. Roy Cooper announced on Tuesday that, as COVID-19 numbers across the state continue to decline, large outdoor venues that seat more than 10,000 people will be allowed to open at 7% beginning next week. This means the Carolina Panthers, who play at home against the Arizona Cardinals on Oct. 4, will be able to host 5,286 fans in Bank of America Stadium that day.

Phase 2.5, which allowed museums, gyms, playgrounds and bowling alleys to reopen, is set to expire on Oct. 2, and Gov. Cooper is expected to make another announcement before then regarding whether any other changes to the reopening plan will be made. Statewide, the test-positivity rate for COVID-19 cases has hovered around 5-6% for some time. N.C. Department of Health and Human Services Secretary Dr. Mandy Cohen has said that the state’s current goal is to reach 5% consistently, thought that is “a goal and not the destination.”

According to the most recent data released on Friday morning, there have been 28,228 positive cases of COVID-19 reported among Mecklenburg County residents and 350 deaths resulting from the coronavirus. That’s an increase of 669 cases and 7 deaths since the same time last week. In-depth data for cases that occurred through Wednesday showed, on average, around 91 people were hospitalized due to COVID-19 at any given day during the past week, a decrease compared to the previous 14 days. Test-positive rates in the county also decreased and are at 5.2%.

Despite the decrease in COVID-19 numbers across the state, there are still many vulnerable people who are very much at risk due to working conditions. On Friday, more than 120 labor, farm, environmental, faith, and civil rights groups representing millions of people in North Carolina and across the country sent a letter to Gov. Roy Cooper, NCDHHS Secretary Dr. Mandy Cohen, NC Labor Commissioner Cherie Berry, and NC Agriculture Commissioner Steve Troxler calling for immediate, comprehensive COVID-19 protections for essential workers in the food supply chain.

More than 3,000 North Carolina workers in meatpacking plants alone have contracted COVID-19, and hundreds of complaints to state health officials have gone unanswered, according to the NC Justice Center. A release sent out on Friday pointed out that, despite initially promising a group of Latinx worker advocates that he would issue an executive order protecting workers, Gov. Cooper has failed to take action to address this dire situation.

“Workers in North Carolina’s food supply chain face health risks every day this crisis continues, but they show up to do their jobs anyway,” said Edna Rodriguez, executive director of the Rural Advancement Foundation International-USA, one of the organizations delivering the letter.

The open letter calls on the state to adopt an emergency standard to protect workers by enforcing requirements for fundamental safety measures such as physical distancing, improved ventilation, personal protective equipment, COVID-19 screening, and transparent reporting of cases of COVID-19.

As North Carolina remains one of the lowest performing states for 2020 Census participation, a federal judge on Thursday night issued a preliminary injunction requiring the US Census Bureau to continue its Decennial Census counting operation through Oct. 31. Judge Lucy H. Koh’s Order prevents the US Census Bureau from ending the once-a-decade count a month earlier than anticipated. The preliminary injunction also bars officials from delivering completed census information to the president on Dec. 31, 2020. 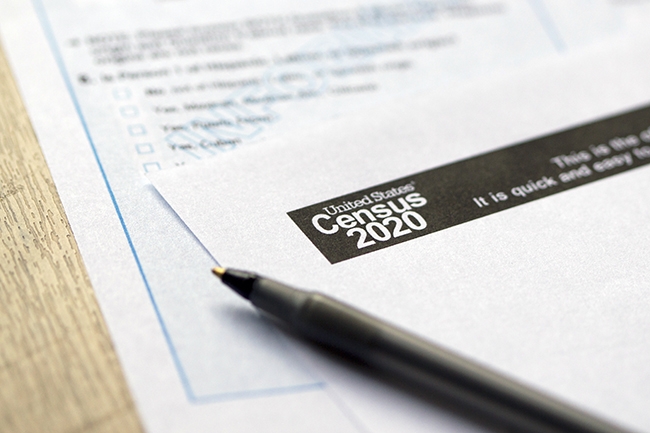 In April, Queen City Nerve reported on why it’s important for underserved communities in Charlotte and statewide to be counted in the 2020 Census. As of Thursday, North Carolina ranked 37 among 50 states and Washington D.C. in self-response Census participation. According to the NC Counts Coalition, 62.5% of NC households self- responded to the Census in North Carolina, compared to 66.3% of households nationwide. North Carolina’s 2010 self-response rate was 64.8%.

Households can respond online at the My 2020 Census website, or by calling 1-844-330-2020. If households still have the paper form, they can also respond by filling it out and placing it in the mailbox, no postage necessary.

There were no murders in Charlotte this week, as the number of homicides in the city this year remains at 83. However, two young boys were injured — one of them nearly killed — after a senseless shooting in east Charlotte on Monday. Police responded to a shooting call at the Sharon Pointe Apartments at 5:47 p.m. on Monday and found two boys who had been struck by gunfire while playing with a pet rabbit on the porch of an apartment. MEDIC transported one 11-year-old boy to the hospital with life-threatening injuries, while a 5-year-old boy was found to have only been grazed by a bullet. He was also transported to the hospital, but with non-life-threatening injuries.

About two hours after the shooting, police responded to a call at the intersection of West Sugar Creek Road and North Tryon Street, where a victim told them an unknown suspect in a red sedan had shot into their car. Officers located the suspect vehicle on LaSalle Street and a pursuit ensued, which eventually ended at Pressley Road and Barringer Drive. Police arrested Jatarius Jones, 20; Dominique Daniels, 20; and Niyha Durham, 22; at the scene. During the investigation, police identified Jones as the suspect in the Sharon Pointe shooting. Jones has been charged with assault by pointing a gun at a person, possession of a stolen firearm, two counts of possession of a firearm by a convicted felon, felony conspiracy, and two counts of assault with a deadly weapon with intent to kill inflicting serious injury.