Progressive policy nonprofit Carolina Forward on Monday unveiled a new video ad campaign highlighting the difficulties that women face regarding their right to an abortion and how that right is under attack in North Carolina and elsewhere.

The short video, titled “No Heartbeat,” depicts a couple that proclaims they never foresaw abortion as part of their plan until a doctor informs them of medical complications — at which time the freedom to choose becomes more important than ever.

“This isn’t a fictional story. This is a taste of real life,” Reeves stated in a release on Monday. “Abortion is health care. It’s completely improper for politicians — almost all male politicians, of course — to dictate the rights women do and do not have over their own bodies, particularly in regards to a pregnancy. North Carolinians will not stand for bans on abortion and their birth control.”

“No Heartbeat” will be seen across digital platforms all over North Carolina.

Since the Supreme Court’s decision to overturn Roe v. Wade, states have been left with the decision to ignore the ruling and keep whatever protections remain on a state level or follow in the footsteps of the conservatives who fought in support of the court’s decision despite widespread public opinion against it.

A Carolina Forward poll carried out in May 2021 found that 47% of North Carolina voters believe abortion should be legal in most or all cases as opposed to 43% who believe it should be illegal in most or all cases. In that poll, 74% of respondents strongly agreed or somewhat agreed that the government should not be involved in a woman’s decisions about her pregnancy.

In a countrywide Politico-Harvard poll published on Sept. 8, abortion ranked fourth in importance to voters heading into the November midterms with 44% of respondents saying it’s an extremely an important issue. While that’s a discernible increase from where it ranked in 2018 (11th) or 2020 (14th), it still fell below inflation (51%), the economy and jobs (49% percent), and guns (46%).

In North Carolina, on Aug. 17, U.S. District Judge William Osteen Jr. reinstated enforcement of the state’s ban on abortions after 20 weeks of pregnancy. The ban had been halted by a federal judge in 2019, extending the limit to fetal viability (24-28 weeks), following a ruling in Bryant v. Woodall that barred enforcement of the ban.

While many states have moved to enforce much harsher bans on abortion following the Supreme Court’s decision, there are signs that Republicans may be backpedaling from the strong language they once used in support of such bans.

There has been a widely documented rush by anti-choice politicians to deny their earlier promises to ban abortion since the overturning of Roe v. Wade has led to a backlash among voters, and that stands true in North Carolina as well.

Bo Hines, a Republican congressional candidate for North Carolina’s 13th district, scrubbed all mention of abortion from his campaign website, which previously featured photos of former President Donald Trump, a “Life and Family” issue promoting his “100% pro-life” stance, and a quote that he’s “100% pro-Trump.”

It appears that Hines has removed all mentions of President Trump and his anti-abortion stance from his website in hopes to hide his extreme stances from North Carolina voters, as he’s seen how such stances have backfired for other candidates in similarly purple states. 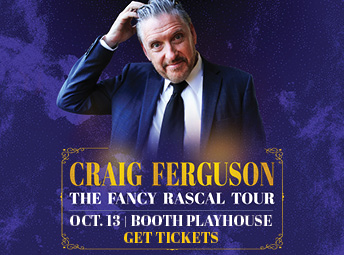 E.C. Sykes, Republican candidate for NC Senate in District 18, has shared conflicting messages. He strikes a moderate tone to the press but has in the past shared his uncompromising anti-abortion stance to his supporters. When responding to a 2019 tweet that likened abortion to the violence we see in movies, Skyes responded with, “Abortion is not a concept, it is something that is done by one person to another person.”

Brian Echevarris, Republican candidate for NC House in District 73, once called abortion “the greatest atrocity of our generation” on his website. Today, the site simply states, “North Carolinians believe women have a right to their bodies, and babies have a right to theirs,” and, “Extreme positions like late-term abortion and abortion on demand are rejected handily by Americans.”

Stay tuned to Queen City Nerve for more on just where North Carolina politicians stand on abortion rights in the lead-up to the November elections. 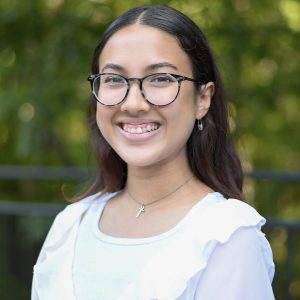 OPINION: Moms for Liberty or Parents for Bigotry?