If South Carolina-born author Baynard Woods had his way, you would only read his name these days with a line through it like this: .

Newspaper style is to be clear in writing, not to obfuscate, which is what a strikethrough does. Woods, however, uses the device in his new book to make a clear point — by striking through his name, he’s acknowledging the racial ills attached to his family from the past that he can’t escape while highlighting how it’s important for us all to move beyond race.

“I needed a way to reject my family’s role in the history of slavery without denying it,” Woods explained in a July 8 piece in The Washington Post about the new book, Inheritance: An Autobiography of Whiteness.

If you live in New Hampshire, Oregon or Utah, this is a difficult book to read. If you live in South Carolina or anywhere in the South, it’s downright uncomfortable thanks to how it explores “whiteness” in the modern context.

But what Woods has done throughout the stark work is to birth a 338-page intervention on race. He has thought deeply about how the roots of racism and privilege attached to being White slither and strangle just about anything in their grasp. To ignore this sleuthing memoir is to continue the all-too-familiar and passive acceptance of the fundamental divide and outright trouble caused by racial identity in the South through three centuries.

The book follows Woods, born in 1972, from his boyhood in Columbia and Greenville. There’s attention to family, dysfunction and rebellion, including lots of teen time spent drinking, smoking weed and getting into trouble.  Woods shares how he didn’t immediately go to college, but took a long road trip with a stripper before ending up in New Mexico. He eventually settled into a college where he learned ancient Greek and Latin.  Over time, he got a Ph.D. in ancient philosophy, became a teacher in an inner-city school and ended up being an alternative newspaper editor in Baltimore.

Interspersed in visits to family are musings and references to South Carolina — from NASCAR races, country music, Edisto Island tomatoes and childhood heroes who were Confederate generals to the removal of the Confederate flag at the Statehouse, the 2015 massacre at Emanuel AME Church and Black Biker Week at Atlantic Beach.

After the Emanuel shooting in Charleston that killed nine worshipers, Woods started exploring his family, both sides of which are reflected in his name. He discovered, to his shame, that the Baynards were thought to have owned 781 people in 1860, while the Woods possessed 23 slaves.

But the central driver in the book is the story of his great-grandfather, Dr. I.M. Woods. He was a Confederate veteran from Clarendon County who fled the state during Reconstruction after being implicated in the 1871 murder of a black county commissioner, Peter J. Lemon.

Woods later returned, only to be “praised by other White people as a man who could be counted on when times got tough.” He was elected to the Redemption legislature and helped foster the Jim Crow era, which continued South Carolina’s racial divisions for generations.

And what did most White people do through these decades? They were complicit by ignoring or accepting the apartheid that resulted.

Inheritance is a tough book to read, but it’s a guide to better understand the White privilege that many may not realize is embedded in their pasts.

Andy Brack is editor and publisher of the Charleston City Paper and Statehouse Report. 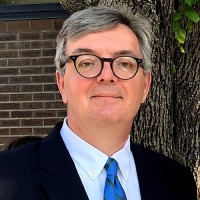 Nine New Spots to Try During Queen's Feast This Summer

EXCERPT: 'Inheritance: An Autobiography of Whiteness'