It’s hard to believe that we’re here bringing you our fourth annual Best in the Nest issue. I remember sitting in this same office building (in a much smaller office) working on our first Best in the Nest in 2019, and to think about how much we have all been through since then is overwhelming.

So instead let’s think about this issue, which is filled with all the people, places and things that made 2022 a great year to live in Charlotte.

There’s an important point I try to make in this Editor’s Note every year, which is that the Best in the Nest is not about gatekeeping. Because I get it: Who the hell are we to tell you what is better than something else? That’s why I think of this issue as more of a year-end guide to everything that we thought was awesome about 2022 as a team of journalists who make it our mission to spend all year seeking out such things.

Our theme this year is ’22 and You, which we thought was a cool way to play on the popular 23 and Me trend. What are these year-end issues — or any of our issues for that matter — if not a snapshot in time to be looked back on by generations to come who want to make the connections to their own relative present? Sure, their own relative present might be an apocalyptic hellhole, but that’s not what we’re here to ponder at the moment.

When I used to read through the archives at the old alt weekly I worked at before launching this one, I was always struck by how similar the issues were that people cared about 30 years ago, as if the same public forums were being held at the same city council meetings three decades later.

Whether you find that intriguing or depressing, there’s no denying that we remain connected to those who came before us, for better or worse, and I find it an important part of our mission here at Queen City Nerve to ensure that those who come after us have a source to learn more about the ones who came before them — fought similar battles, made similar art, jammed on similar stages, and cooked on similar lines.

I also find it extremely important to acknowledge those who help us in that mission, because Lord knows this Best in the Nest issue was not an easy one to put together.

So here’s a huge shout out to all the folks who make Best in the Nest possible — those who contributed, those who did the reporting that contributors pulled from, those who provided the visuals, and most of all, those who shared their stories with us in 2022. Thank you. 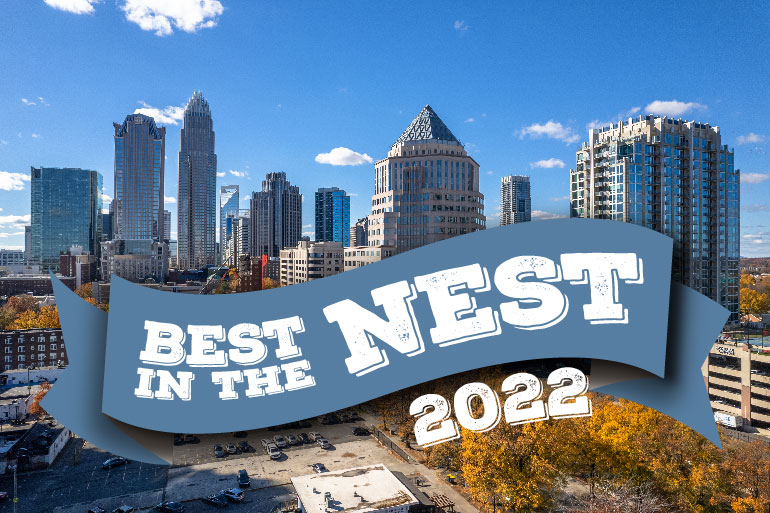