We hate to be downers but there are some people walking the streets of Charlotte who made the year shittier for everyone. Do better.

Back to all categories

Support our work by becoming a member or making a one-time donation.

In December 2021, then-Charlotte-Mecklenburg Schools Superintendent Earnest Winston wrote a letter to staff and parents addressing what he called “a crisis of student aggression and violence within our community and our schools,” and describing a number of new safety measures his staff was considering.

Among other measures, Winston stated that his office had ordered clear backpacks for CMS high schools, though delivery would be delayed until February.

The district spent more than $441,000 on the 45,980 clear backpacks, which critics including Board of Education Student Advisor Juan Torres Muñoz warned only provide the “illusion” of safety.

In March, CMS halted distribution of the backpacks due to concerns about Proposition 65 tags on them — which are mandatory on any item made with plastics that have been found to be potentially cancerous and are all but meaningless. The saga came to an end in July when CMS auctioned the backpacks off on a website called GovDeals for a grand total of $85,000. 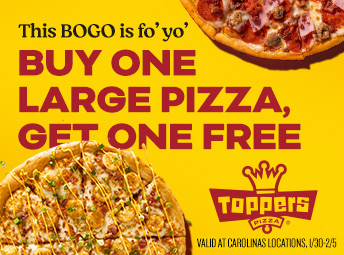 Sheriff Garry McFadden was sworn into service in 2018. The following year, he was voted “Best Rabble Rouser” in our 2019 Best in the Nest awards because of his innovative approach to changes in law enforcement.

Unfortunately, over the past year, it has become clear that Sheriff McFadden was not well-suited to the task.

“What he don’t realize, the people who work under you, they make you or break you,” Hope Abraham, a former staff member and 22-year veteran of the Mecklenburg County Sheriff’s Office, told Queen City Nerve. “You’re only as good as your crew is, but he came in there so arrogant and just didn’t care.”

Additionally, the NC Department of Health and Human Services (DHHS) issued a report about the conditions of the jail. McFadden responded to the report and did not hold himself accountable. He instead blamed the staff for not following various policies and procedures.

In December 2021, DHHS Chief Jail Inspector Chris Wood ordered McFadden to cut the jail population from 1,400 to 1,000, stating that overpopulation and staff vacancies presented a health and safety hazard. The DHHS gave McFadden 60 days to correct the safety violations, threatening to close the jail if he failed to do so.

McFadden was able to sort that issue out … sort of. In June, he announced that his office would shut down the Mecklenburg County Juvenile Detention Center in north Charlotte, citing “loss of revenue because of the depopulation efforts recommended by the State after inspections that found staffing at the Detention Center Central inadequate to operate that facility.” The MCJDC officially ceased operations on Dec. 1.

Moms for Liberty paints itself as a grassroots organization advocating for parents’ rights, but it’s really a billionaire-funded far-right group that uses parents as pawns to further a Christo-Fascist agenda.

Opposed to schools practicing protective COVID-19 measures and teaching true American history or sex education, the group has set up county-specific chapters (including in Mecklenburg County) across the country that target local school board meetings and members, administrators and teachers with a toxic stew of stochastic terrorism including harassment, intimidation and threats of violence.

The group’s origin story, spread by mainstream news outlets like The Washington Post, is spurious. One of the “grassroots moms” who co-founded the group is married to the vice chairman of the Florida Republican Party. Moms for Liberty claims to be funded by T-shirt sales, but the group is well-connected with Republican politicians and right-wing groups like Conservatives for Good Government and The Heritage Foundation.

These “ordinary concerned moms” are a front for powerful players on the far right who are dedicated to dismantling public education, and an alarming amount of people in county leadership have gotten in bed with them.

As part of an exhibit titled Into the Darkroom, featured at the Gaston County Museum of Art and History over the summer, photojournalist Grant Baldwin included a picture of husbands Bren and Justin Hipp sharing a kiss during 2017 Charlotte Pride celebrations.

“What the museum told me was that the county said that it was removed because it was an advocacy image,” Baldwin said. “That was the operative word.”

Gaston County spokesman Adam Daub released a statement about the removal of the photograph, saying Eagle “instructed museum staff to work with the photographer to find an alternative photograph to display that would be more considerate of differing viewpoints in the community.”

The statement also said: “The museum is government-funded, and as such, it is important for the items it shares to be informational without championing political issues.”

As long as love is a political issue to some folks, we have no problem championing it over here.

Credit where credit is due: Queen City Nerve recently gave David Tepper a C for his ownership of Charlotte FC during a largely successful inaugural season. However, as the owner of the Carolina Panthers and as a partner to local governments, Tepper has failed tremendously.

His fights with local reporters and local governments alike is reminiscent of George Shinn’s tumultuous ownership of the original Charlotte Hornets in the 1990s. His community work doesn’t make up for broken promises to east Charlotte and a three-party lawsuit with Rock Hill and York County, South Carolina. He took far too long to fire coach Matt Rhule, and has made questionable decisions both in the front office and on the field.

Police often use the passive voice and word choices like “officer-involved shooting” in their communications because the truth — an officer shot and killed an unarmed community member — doesn’t sound as warm and fuzzy. On Sept. 20, however, the Charlotte-Mecklenburg Police Department went a step further on Twitter and made comments detached from observable reality, claiming that “no facilities had been evacuated” Uptown when there was a possible bomb in a trash can next to the Spectrum Center.

Enter WSOC’s Joe Bruno, who quoted CMPD’s tweet with “This tweet by CMPD is not true,” then went on to post multiple pictures of an evacuated transit center and arena. CMPD proceeded to start a fight with Bruno on Twitter, lose, then delete their tweets.

Bad timing for CMPD, as the incident came around the same time they announced they will no longer be answering requests for information from media and will instead focus the energy of their Public Information Office on recruitment and sharing the stories they wish the public to hear. So much for transparency.

It was a rough year for Charlotte Area Transit System (CATS) CEO John Lewis, to say the least, as multiple issues within the company, which is contracted but not run by the city of Charlotte, came to a head. CATS is responsible for citywide transportation. Serving 3,628 bus and rail stations scattered across the greater Charlotte area, the 69-route network boasts an average of 320,000 weekly riders, totaling more than 16.5 million riders annually.

The pandemic hit public transport hard nationwide, causing a dip in ridership that will most likely last for the foreseeable future. In 2020, Axios reported that the pandemic dealt an $8 million loss to Charlotte’s mass transit system. According to CATS data, ridership in April 2019 stood at 1.8 million but the pandemic slashed that number down by more than two thirds. Yet, CATS was spiraling downward long before the pandemic. In July, WFAE reported that ridership has been decreasing since 2014, when the Federal Transit Administration reported 23.9 million bus trips from CATS compared to 5.9 million in 2021.

The end of COVID regulations has ushered in a gradual recovery, but labor shortages have left day-to-day operations reeling, with reports of “ghost buses” and long delays on the Blue Line rampant throughout the year.

Rather than take accountability, Lewis shifted blame from the pandemic to unionized workers purportedly abusing the sick-leave policy, which affords ​​40 paid sick days a year. More than a third of drivers working weekday shifts and 20% of total drivers called in sick on June 22. Lewis claimed the “attendance policy loopholes” for CATS employees could result in more service cuts, potentially shortening weekday service to Saturday levels for several months. The issue there is that, following the shooting death of bus driver Ethan Rivera in February, CATS employees have been calling on Lewis to improve their standards of safety to little avail.

Then in October, Lewis jumped ship, announcing he would step down from his position to take a job in the private sector. The next person to step into the position will have a lot of work ahead of them. They better not dare take a sick day. 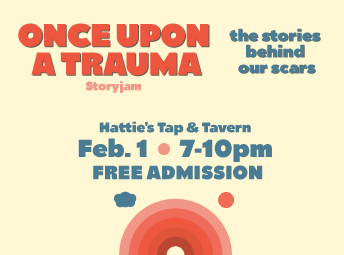 For many years, Southern Baptist Convention (SBC) leaders and members alike have grasped onto the moral high ground like a life raft, casting aspersions on their neighbors for sins both real (sexual abuse in the Catholic Church) and perceived (bigotry in all its forms as justified by a misreading of the Bible).

This year, the other shoe dropped on those who like to pretend their own branch of evangelism is justified in judging anyone.

In May, an independent investigation found that SBC leaders had mishandled allegations of sexual abuse, intimidated victims and resisted attempts at reform over the course of two decades.

The report stated that the church’s executive committee leaders responded to allegations of sexual abuse by becoming “singularly focused on avoiding liability for the SBC to the exclusion of other considerations,” adding that victims’ claims were sometimes met with “outright hostility.”

The report included a list of 700 people associated with the church accused or convicted of sex crimes, at least 30 of which are from North Carolina. The crimes include molesting children, rape and soliciting prostitutes. It was announced in August that the Department of Justice had launched an investigation into the systemic issues around sexual abuse in the church.

What struck us the most upon hearing this news was that it came in a year that saw countless so-called Christians, many of whom proud members of the Southern Baptist Convention, join a movement to wrongfully paint LGBTQ+ people as pedophiles, sexual deviants and “groomers.”

How quickly the North Carolina Republican Party’s golden boy of 2020 turned into 2022’s tarnished goods. The youngest Republican elected to the House of Representatives was always a loose cannon, but the GOP was probably blinded by what they perceived as good optics.

Cawthorn, who is wheelchair-bound due to a 2014 automobile accident that left him partially paralyzed, must have seemed like a can-do conservative unhindered by bad luck. Then came allegations by three young women of Cawthorn’s sexual misconduct, but those didn’t derail his election to western North Carolina’s 11th Congressional District and his subsequent term.

Nor was Cawthorn hampered by his enthusiastic “bucket list” trip to Hitler’s alpine hideaway near Berchtesgaden, from which he posted on social media referring to Hitler as “the Führer.”

His flurry of lies about when and why he was rejected by the U.S. Naval Academy, various gun charges at airports and getting ticketed for driving without a license didn’t slow him down, either.

GOP support only faltered when photos surfaced showing the hyper-Christian paragon of masculinity wearing lingerie and being butt-naked while pantomiming getting a blow job from a guy. The party of personal responsibility finally washed its hands of Cawthorn when he started babbling about sexual perversion among coke-snorting elected officials in Washington D.C.