Before putting together a new photo series called The Modern Day Black Alphabet, which she’s since turned into a children’s book, becoming a published author at age 19, Charlotte native Arial Robinson was feeling stifled.

The North Mecklenburg High School graduate and North Carolina A&T (NCA&T) sophomore had been back in her hometown for the spring semester doing an internship with Da Baby’s record label Billion Dollar Baby Entertainment, but she was itching to get back to campus to be around her fellow Black creatives.

Then the Mecklenburg County stay-at-home order came down, and knowing she’d be here for a little while longer, Robinson decided to get to work on a new project. She went online to her bookmarked pages for inspiration and found a photo series she had discovered last February titled the Black ABCs.

Created by two public school teachers in Chicago in 1970 with the help of the Society for Visual Education, the Black ABCs was a set of flash cards and posters that were eventually used around the country by Black teachers who needed a more representative learning tool.

Now as that project hits its 50th anniversary, Robinson has released her own updated version called The Modern Day Black Alphabet, a children’s book with photos and illustrations that she created during her time quarantined at her family’s Charlotte home. 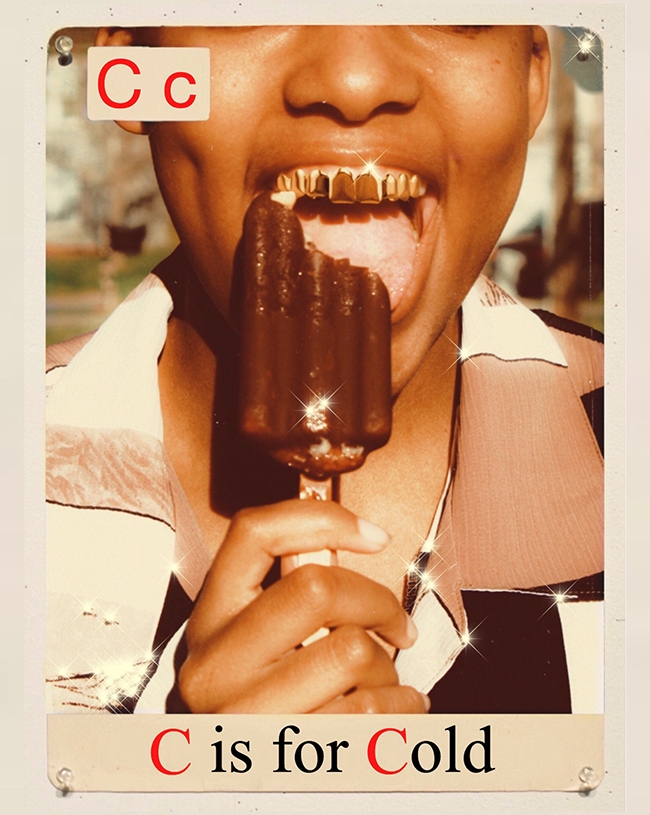 In a phone interview with Queen City Nerve, Robinson said social media inspired her to take a more serious look at her own experience as a Black American and eventually to begin work on The Modern Day Black Alphabet.

“Now that I’ve gotten older and I’ve started to realize how much Black representation lacks in lots of different media platforms, I realized when I was growing up I didn’t really see a brown girl in this space, or I didn’t see anybody talk about it,” Robinson said. “So as I got older and I had made social media accounts and I was scrolling through my Instagram and Twitter and I was seeing people making posts about the same things that I experienced I was like, ‘Wow, that’s crazy, we all kind of had these same lifestyles growing up. Why can’t I present that in a way where people don’t have to wait until they’re 19 to find out that they’re not the only person who’s going through what they’re going through?’”

Robinson’s process for The Modern Day Black Alphabet began with just a notebook, writing out the alphabet in a column then listing descriptive words that start with each letter. For Z, she wrote Zoom, Zap and Zone. She quickly became interested in how she could play off the word Zone, and after more contemplation landed on “Safe Zone.”

“I would think about different Black experiences, or my own in-home experiences and how I could relate them back to myself,” Robinson said. “Some of the words that I used were very, very simple words … and from there I just built off those simple words.”

When it came time to create the imagery, Robinson used graphic design, old childhood photos, and new pictures that she took for this project specifically. She used the old series as inspiration, and in some instances tied her own project back into that one.

For instance, in the original Black ABCs series, the letter C is for Cool, and the photo depicts a Black child licking an ice cream cone. In Robinson’s version, she used the word Cold, which — like cool — can also be used both as an informal adjective and to refer to the temperature of something. For the image, she also depicted a Black child biting into an ice cream bar, this time with gold fronts.

For the letter E, which stands for Education in Robinson’s version, she took from her own personal experience to create the imagery, which shows her sitting at her kitchen table doing homework.

“Education is a very broad word; there are a lot of ways you can take it,” Robinson said. “So for me I just thought about when I was younger, I always had to do my homework at the table. That was a very important thing for my mom: You get off the bus, you go to the table and you do your homework. So it was important for me to go to my table and try to illustrate that as best as I could back to my own experience and back to what I used to go through, and then other people would understand it as well.”

People have understood it just fine. Robinson posted her entire Black ABCs photo series on her Twitter and Instagram accounts, reaching millions of people in less than a month. According to Twitter analytics, the original tweet that started the thread, posted on April 11, has 1.46 million impressions and more than 500,000 engagements.

She released the book in late April and has already sold more than 100 copies with no media coverage or advertising, just her social media presence to plug it.

Moving forward, she hopes to make it more accessible to educators locally and around the country. She’d like to set up a book tour when schools reopen next school year so she can speak to children about representation and shared experiences. She said her dream would be to walk into a daycare or after-school program and see kids using her flash cards, which she intends to put back on sale next week. She said that if any educators are interested in receiving the book or flash cards for free, she would love to hear from them to provide whatever she can.

Robinson hopes that the NCA&T campus reopens for the fall semester, as she already feels that she’s spent too much time away. As much as social media has played a role in her Black cultural enlightenment, attending an HBCU has done the same thing in a more hands-on way, she said. 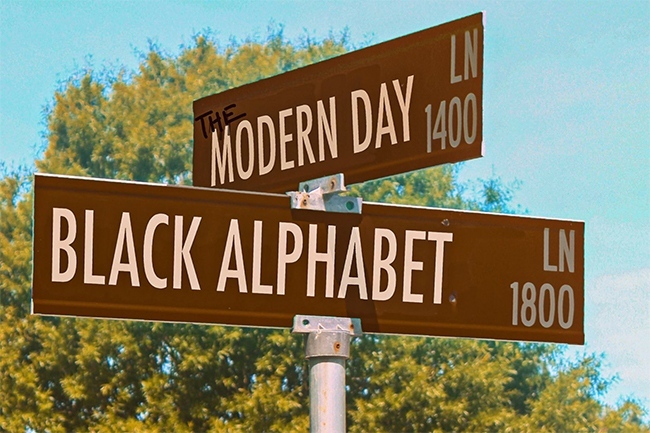 “Before going to A&T, I’d been around a few Black people who are really walking in their life — they were doing things in their purpose — and then going to an HBCU is the first time I’ve seen hundreds of people who have different interests and they’re doing what they want to do at a large scale and doing things that are bigger than themselves,” Robinson said. “So being able to see that has tremendously affected me and it’s made me want to be better. It’s made me want to push myself to be better and do things that don’t just impact myself.”

As for what those things are, Robinson’s in no rush to try to figure that out just yet. She just knows she wants to collaborate with fellow Black creatives, with folks of different races — anyone who wants to create things that have a lasting impact like The Modern Day Black Alphabet.

“I don’t have any exact plans,” she said. “I’m a very spiritual person. For a while I had everything planned out, and you realize that what you think is your future is not always your future and God has a greater plan for you. So I’m not even going to question what he has in store for me, I’m just going to walk by faith and know that everything’s going to come together.”

For more info about Arial Robinson, visit her website. To read about another Black children’s author from Charlotte, check out this article. For more about how Charlotte Black creatives are getting creative in the quarantine, read this.