It’s undeniable: Craft beer is big in Charlotte. Local breweries have taken over the food and drink landscape in the Queen City. If you aren’t a certified beer snob by now, you are at least in search of the new brews being offered at your favorite local craft maker’s headquarters. Queen City Nerve will now deliver you a monthly breakdown of all the new releases we can get our hands on in the CLT.

This is not a review board and we do not receive product or money in exchange for listing appearances. All submissions are made by brewery representatives by deadline of publication for the information listed and may be updated periodically throughout the month.

Low ABV with robust flavor and mouthfeel. Brewed with nearly four pounds of hops per barrel and mashed with oats, this beer has a smooth and balanced body to even out the bouquet of select west coast hops. Available through July in 16-ounce cans and drafts starting Friday, March 6.

These beers are all inspired by the cookies of our youth, and let’s face it, our adulthood. NoDa started the Cookie Beers series back in 2017. The beers will be available in mixed four-packs and on draft starting Friday, March 13. There’s a party too.

This lager has a bright mouthfeel and crisp, refreshing finish with tones of flaked maize. The yellow-in-color beer is true to style for a Mexican lager and will be available in 16-ounce cans and drafts starting Friday, March 20.

Dry like a typical farmhouse, with a balance of fruit and spice intertwined. 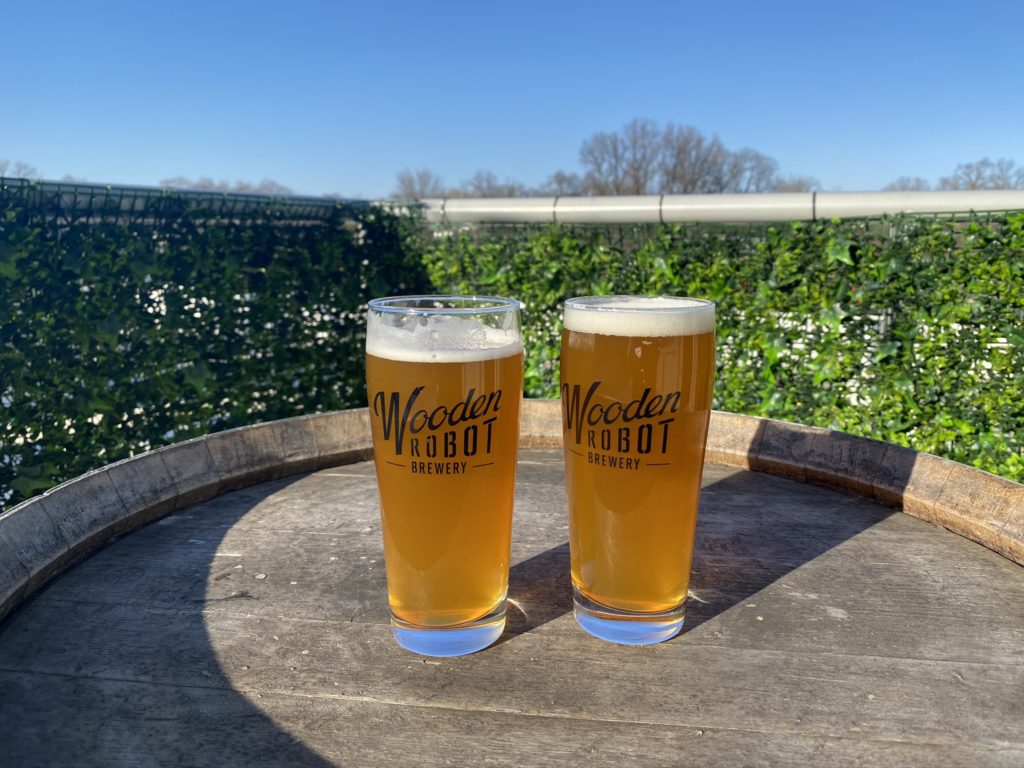 Each spring the Robot releases this light and session-able IPA. It will be available on draft starting this month in the taproom.

This beer has a unique darkness with hints of passion fruit, grapefruit and red berry. The mouthfeel is smooth and bright with aromas of passion fruit, grapefruit and strawberries. The beer should be available for about 4 to 5 weeks starting Thursday, March 5. The design was created by Jackie Hurd for their IPA series and the color scheme for each release is based on the name and the ingredients.

Aromas of bright lemon and hints of coriander pair with sea salt and coriander for a bright mouthfeel with a juicy tang. The finish is clean and refreshing. This tart wheat will be available in 4 packs of 16-ounce cans for $10. Jackie Hurd created the illustration of the sun, the rays and the swirling clouds you see in the background. The color scheme includes a Carolina sky blue and the yellow from our company logo for the sun and the lettering. The beer should be available for about 8 to 10 weeks.

This is Divine Barrel’s first bottled sour release. Largesse rested in wine barrels for 18 months before being bottle conditioned for over a month to reach a good natural carbonation. The tasting notes are tart and funky with notes of strawberry and honey with a dry, oak finish. These are available in 500ml bottles and extremely limited draft in the taproom only starting Saturday, March 7 at 11 a.m. Only 400 bottles are being released so you’ll want to get there early on Saturday.

This IPA has tasting notes of peach, apricot, papaya and stone fruit. It has a bright-orange color and will be available on draft starting Saturday, March 7 for $7 until it is gone.

Available on Saturday, March 14, this double IPA has a straightforward hop bite with flavors of citrus and spice leading to a moderate burn from the Thai chiles. The beer finishes dry and has a nose of fruity, citrus and slightly floral aromas.

This sour is aggressively tart with peach undertones and a clean, dry finish. The aroma is acidic and peachy with a bright golden color and slight haze. The beer will be available on draft starting now for $7 until it runs out. They don’t plan to make this beer again. The brewery likes to poke fun at the POTUS by making reference to his time in office as well as to a particular event before his election. This one is pretty obvious at the take they were making.

This is a dry red ale with flavors of toasted bread and crackers with a low bitterness and earthy aromas. It will be available March through April.

Strong cherry flavors lead into crackers and toast and finishes dry with an earthy and fruit aroma. The beer has a copper color with a deep red tinge and will be available starting Saturday, March 21.

Dark toast and coffee aromas with a flavor that has notes of darkly toasted bread, leading into coffee and chocolate flavors. The body is full and the finish is dry. Schwarzschild was a German physicist and astronomer. He provided the first exact solution to Einstein’s field equations of general relativity. The beer is in honor of his contributions to science starting Saturday, March 21.

This coconut vanilla blonde ale is pretty delicious. We had it at our South End Oktoberfest last year and cannot complain. It is available right now in the taproom for $6 on draft and you can take it home with you in growlers and crowlers. It will be around for 1 to 2 months and is made with toasted organic coconut, vanilla and a special blend of malts. Tastes like liquid coconut cream pie.

This porter has tasting notes of coffee, chocolate and dark toffee with a creamy mouthfeel balanced by American hops from the Pacific Northwest. It is available now in the taproom on draft for $6.

Clearing Up Confusion Around Raise the Age

The Scanner: Dollar Bill, Y'all