The newspaper we’ve put together this week is a paper without a whole lot of news, but it’s one of my favorites out of the 54 that we’ve published. I say that because it accomplishes a goal that I’ve tried to prioritize since we launched two years ago: It’s a true community newspaper.

That can mean a lot of different things, and I take it to mean a lot of different things when I consider how it plays into each one of our papers. The most important part of it to me, however, is that it is representational in the voices it represents. That doesn’t just mean white people telling the stories of a diverse range of folks, but a diverse range of folks telling the stories that interest them.

In this issue’s News & Opinion section, we back regular Queen City Nerve contributor (and one of Charlotte’s best storytellers) Hannah Hasan, who shares the stories of five women who — though they may not be considered “frontline workers” of the pandemic — have carried on in their heroic grassroots work during this tough year.

Throughout the pandemic, Hannah has been working with us to bring her style of storytelling, which is centered on pulling the best stories possible from often underrepresented subjects, to the pages of our paper. As a spoken-word poet and storyteller, it’s not an easy transition, but she’s taking to it naturally, as expected.

There isn’t much “hard news” involved in the five stories she tells, but you’ll learn plenty nonetheless, and there’s no shortage of hard news to be found elsewhere.

In the Food section, Jasiatic Anderson sits down with longtime acquaintance Kenya Templeton, who was recently promoted to market manager at Viva Raw. The two don’t turn the interview into a PR opportunity to plug the health-food market, they have a conversation that, if I were feeling punny, I would call raw. (OK, I used that pun in the story’s headline, I’m going overboard, I know.)

The two talk food but also go deeper, discussing topics ranging from family traditions to how sexual trauma in her childhood played a role in Kenya becoming the cycling advocate she is today.

It’s talks like this one that make me so proud to work with Jasiatic, who also joined the Nerve team as a regular contributor this year. Not only can she go past the PR to have unfiltered conversations with folks like Kenya and chef Julia Simon, but even when she’s flying solo, writing guides for vegans and veggie lovers, she’s got a writing style that is exclusively hers. When you read a Jasiatic piece, you can tell you’re reading a Jasiatic piece.

In two stories, that’s seven voices — seven black Charlottean women whose stories might not be heard otherwise — and that’s the sort of thing a community paper was built for. To be clear, I don’t say this to pat myself on the back; both Hannah and Jasiatic were proactive in seeking me out to pitch their ideas this year, and I’m just thankful they felt they could come to our community newspaper to tell their stories.

In Music, Pat Moran visits local R&B singer and producer Jason Jet’s new music studio, which he’s been building during the pandemic because he believes the artistic community of Charlotte should have a place to create that isn’t going to empty their wallets. It’s our newsiest story of the newspaper, and it’s all about community.

Then there’s the cover story, which I expect might piss some people off.

The idea came about when John Delaney, an astrologer published in many reputable publications across the country, pitched me on doing an astrological analysis of Charlotte. I balked at first, as I’m not keen on having out-of-towners (John’s from New York City) analyze our city from any standpoint, but in time I warmed to the idea. After reading a few similar pieces he had done on other cities and a breakdown of how he wanted to approach ours, I decided to let him run with it.

What he came back with was … something else, and what I thought would be more of an astrology-based horoscope-type read turned into an interesting historical take on why our arts scene has struggled to flourish on a national level.

I expect some folks in the art scene will cringe at his suggestions — I certainly don’t agree with some of the things he has to say on arts or population density — but they are ideas that I’ve never heard before, and if they can start a new conversation about art in Charlotte, then I consider that another item to cross off the community newspaper checklist.

I say all that to say this: As we roll into our third year, I’m feeling pretty happy about the role our paper is playing in sharing the stories that don’t often get told elsewhere in Charlotte. Of course, we’ll continue to report on the news you need, but issues like this one are just as valuable as whatever’s spinning through the news cycle today.

Because what’s a community without its stories?

Involuntary Commitments on the Rise Despite Warnings from Experts

Brewery Hopping While Black in Charlotte 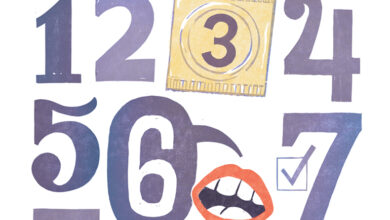 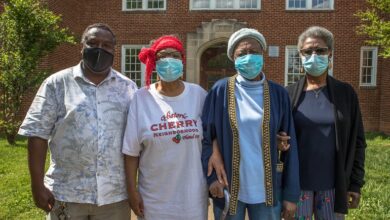 Editor’s Note: Cherry’s Longtime Leaders Are Not for the Disrespect 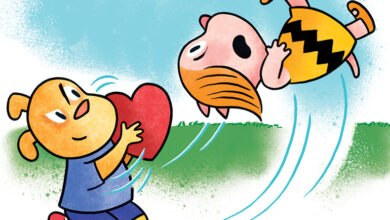 Savage Love: After the Breakup