If you’re reading our soccer column for in-depth commentary and analysis on Charlotte FC, I’m keeping that part short this week.

Karol Świderski finally overcame Charlotte FC’s streak of bad luck to score two goals on Saturday against the Chicago Fire, as well as a third that was disallowed on a dubious call. After starting the second half down 2-0, Świderski’s late heroics — his final goal was in the sixth minute of stoppage time — turned a loss into a draw, and then a draw into a win

The 2-3 road win extinguished Chicago’s playoff hopes while keeping hope alive at Bank of America Stadium. Charlotte is now in 10th place in the Eastern Conference, four points out of the playoffs.
With that out of the way we’re doing something different for this article. In honor of Queen City Nerve’s annual Best in the Nest awards, we thought it’d be fun to poll Charlotte FC’s players and get some of their picks for what’s best in the city — in football and on the team. For example, goalkeeper George Marks really likes Rhino Market and there is a strong South End bias to the team’s food choices (not surprising given the stadium’s location).
We also like Pablo Sisniega’s suggestion of adding a beach to Charlotte. Guess that’s another vote to make I-277 a river!

(Questions and responses have been edited for space and clarity. Special thanks to Will Martin and Gwen Hernandez with Charlotte FC for helping to track down answers.)

Where is your favorite place to grab a bite to eat in Charlotte?

What is your favorite food or snack?

What is the best thing about Charlotte?

Adam: The size. It isn’t too small but there isn’t so much going on that it feels overwhelming.

Brandt: The weather. You fully feel all four seasons.

Kristijan: No traffic in Uptown.

Jaylin: Sports atmosphere within the city

George: Besides Rhino Market? The passion of the sports fans.

Koa: Everything is in close proximity.

Pablo: The parks and how green everything is. 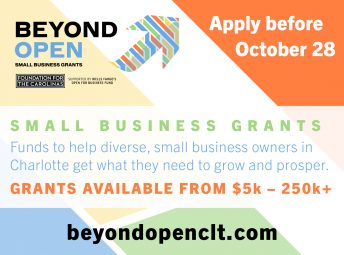 What is Charlotte missing?

Jaylin: Nothing. City got everything.

Are you watching the UEFA Champions League and Europa League tournaments? If so, who are you rooting for?

Ben: Manchester United. I try to watch Champions League but there are too many subscriptions on too many platforms.

Pablo: I am watching, and I follow mainly Real Madrid and Real Sociedad.

What are you watching on TV or reading?

Adam: Watching a lot of movies like Friday and The Pursuit of Happyness and I’m currently reading Will by Will Smith.

Jaylin: House of the Dragon.

Pablo: I am watching Stranger Things and I am reading The Power of Moments.

What is your favorite song or your “walk-out” song?

Ben: “Eye of the Tiger” by Survivor.

McKinze: “Banking on Me” by Gunna.

George: My walk-out song is “Narco” by Blasterjaxx and Timmy Trumpet.

Who is the funniest person on the team?

Adam: Has to be Harrison (Afful) and (Christian) Fuchs.

What are you doing when the season is over?

Adam: I’ll be staying in Charlotte and rehabbing when the season ends in preparation for next year.

Ben: Going back to Maryland.

Brandt: Taking two weeks to let my body recover then focusing on the next season.

Jaylin: Hanging with my family a lot and doing workouts in the offseason.

George: Bettering myself as a human and a goalkeeper — staying in Charlotte.

Koa: Visiting some friends in San Diego then going to spend some time with family in Hawaii.

Pablo: Going to México and to Spain to visit my family and my wife’s family.

The club couldn’t quite agree on who the funniest member of the team is, so I asked Charlotte FC interim head coach Christian Lattanzio to settle the debate.

“There are a few that I can think of in different ways,” said Lattanzio. “As you asked me this question, I wanted to give you a couple of names but then [in my mind] more and more come. Then [it would] become boring because I’m going to mention everyone…”

“…I think everybody is funny, honestly.” 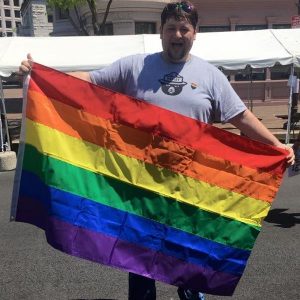 5 Things to Know: Coalition of Labor Groups to Mobilize Before Elections