Upon its publication in 1865, Lewis Carroll’s beloved children’s story Alice’s Adventures in Wonderland baffled critics and adults. Even today, many can’t make head or tail of the book’s illogical anthropomorphic characters like the agitated White Rabbit. The story’s ridiculous situations, including the Mad Hatter’s endless tea party, prompts some folks to ask, “What’s the point?”

But not Nia Johnson. The 23-year-old Charlotte R&B melodist who performs as Nia J named her debut EP, which she released in September, Rabbit Hole, based on the White Rabbit’s gateway to the original Bizarro World.

“I was drawn to Alice in Wonderland because I felt my journey in this set of music was like … tumbling around into a rabbit hole, figuring out who I am and trying to understand the world around me,” Nia J says.

The EP is a series of elliptical reveries and discoveries, with seven delicately crafted songs that combine silken confessional vocals with pulsing, almost subliminal R&B rhythms and stacked ethereal harmonies. Listening to Rabbit Hole is like stumbling on a secret diary filled with hard-won and relatable revelations about the pain, anxiety and kindness that can come from love. It’s as intimate as a human heartbeat, and as magical as a haunted music box.

Nia J will perform this set of songs, along with her previous singles, on Nov. 12 at Snug Harbor. The vocalist and keyboardist is part of the bill for a show hosted and curated by local rapper and hip-hop impresario Erick Lottary entitled Safe Haven. Lottary says the relatively unknown Nia J is ripe for discovery and a perfect fit for the evening’s bill.

“I’ve heard her earlier music and was blown away,” Lottary says.

“It’s very exciting,” she says. “I was in my element, and I’m looking forward to doing more shows.”

Growing up in Pinehurst, 100 miles east of Charlotte, Nia J sang in church choirs, which dovetailed into performing in school choirs, too. She started songwriting at age 7.

“I just wanted to be a singer,” she offers. At age 8, she taught herself how to play the keyboard by figuring out a Beethoven piece on a toy piano.

“I knew from a young age that I loved music,” she recalls.

All of Johnson’s early creative accomplishments could not, however, entirely erase the pall that hovers over her and her family to this day. Moving with her family in 2005 from Cleveland, Ohio, to Pinehurst, then 7-year-old Johnson had an unpleasant awakening. Her father had negotiated to rent a house for her family.

“My dad can pass for white because he’s mixed,” Johnson says. “Then my mom, I and my brother finally come to move in, and [the owners] meet us. Then they’re like, ‘Oh the house is no longer on the market.’” All her family’s possessions were already moved in, which the white owners promptly locked inside the house. Johnson remembers that her parents eventually successfully sued the house’s racist owners. Johnson calls the experience “scarring.”

As a Black child growing up in a predominantly white neighborhood, she was frequently the target of micro-aggressions from her white peers. They called her an “Oreo” – Black on the outside but white on the inside – implying that her intellectual and creative pursuits could only be the provenance of white people.

Desperate for a change of scenery, Johnson finally headed off to college at UNC Charlotte. Surprisingly, she chose to study business instead of music.

“I put music aside because I thought that business would be more of a sound career for me,” she says. Her decision to sideline music, however, did not stick. In her junior year, she sang a song as part of a talent show, and her love for creating and performing music came flooding back.

Shortly thereafter, she met fellow student and musician Ike Ike Byers, then performing in the duo Cailan & Ike. Nia J and Byers began collaborating, and Byers subsequently became her longtime colleague, producing and co-producing most of her songs to date, including the tracks on Rabbit Hole.

“Working with Ike challenged me,” Nia J says. She credits Byers with introducing her to new sounds that fuel her music today.

In 2019, Nia J released the singles “Bliss” and “Before You.” “Bliss” represents another hurdle Nia J had to overcome: It took a long time for her to accept her sexuality and come out as gay. In the song, she addresses the object of an early infatuation, a woman she never really got to know because she put up walls to block Johnson. In the song, Nia J’s feathered vocals drift in the background:

The song “Before You” details a hard-won revelation.

“I realized that before I could love someone else, I had to figure out who I was and fall in love with myself first,” she says.

In 2020, Johnson graduated with a degree in business and a minor in art history. Her love of renaissance art had blossomed on a school trip to Italy. While in the ancient city of Verona, she composed “Bad Faith,” one of Rabbit Hole’s key tracks, while sitting on the Ponte di Castle Vecchio, a fortified bridge that crosses the Adige River.

“I had been surrounded by so much art, I was imagining myself as an artist in the song,” she says.

“I’m really not into sharing and communicating,” Nia J says. “Music is the way that I talk about private things.”

Anxiety comes to the fore in the EP’s title song, the most intensely personal confession in a collection that focuses on emotional vulnerability. The tune tackles the specter of mental illness with this line:

“I slay the dragon that lives in your head…”

The dragon is a metaphor for depression and anxiety, she says. Johnson reveals that her current partner is grappling with these issues, and that she herself is also dealing with depression, undergoing therapy last year, and currently taking medication.

By bringing this formerly dark subject into the light, Nia J says she’s encountered magic — which is also the title to one of Rabbit Hole’s most ethereal tracks.

“The magic I’ve encountered [is] through kindness, people who are so empathetic, so kind, [that] they changed my life,” Nia J says. 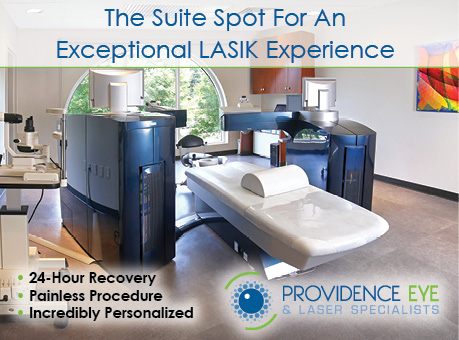 Nia J is looking forward to Safe Haven, a Charlotte show that may introduce her to more magic, while sharing her journey toward acceptance and transformation — a personal arc just like that of Alice’s Adventures in Wonderland.

“I hope that people who listen to my music know that it’s okay to be who you are, to love who you are, to not know where you’re going, and to just keep growing and changing in ways you didn’t believe were possible,” she says.

It seems that for Nia J — and all the people who have and will discover and embrace her enchanting and challenging music — diving down the rabbit hole leads to a warm and brilliant light at the end of the tunnel.