CMPD released hours of body-worn camera videos and department surveillance footage that show the events surrounding a January arrest that led to the death of Harold Easter and the resignations of four CMPD officers and a sergeant with the department.

At a press conference on Thursday afternoon, CMPD Chief Johnny Jennings acknowledged the tragic loss for Harold Easter’s family and loved ones, then suggested that if the officers involved in the arrest had followed department policy, Easter may still be alive today.

Harold Easter lost consciousness shortly after being arrested for a suspected drug transaction near Greenville Park on Jan. 23. The footage released Thursday shows officers witnessed him swallowing what is believed to be cocaine as they took him into custody. They failed to call for any medical help, as is department policy in such an incident.

According to the footage, Harold Easter was strip-searched and allowed to use the bathroom shortly after arriving at the department, then placed in an interview room. About 40 minutes after entering the room alone, Easter begins to shake and yells, “I am going to die!” He then collapses to the floor and has a seizure. He’s found on the floor of the interview room by an officer who checks on him about 13 minutes after his convulsions first become visible. Easter would die in the hospital three days later.

On Sept. 18, Jennings announced that the five officers involved in the arrest had been cited for termination by CMPD following an internal investigation. The department is not in control of hiring and firing its officers, but must pass its suggestion to the Civil Service Board, which then makes a decision. All five officers resigned from the department on Sept. 30, before that call could be made.

At Thursday’s press conference, Jennings said he had watched the footage repeatedly and did not believe the officers acted maliciously, but acknowledged that they broke department policy during the arrest, possibly leading to Harold Easter’s death.

“They made a bad decision, and they didn’t follow policy, so those bad decisions have consequences, especially when those decisions have contributed to the loss of a life — a life that we had the responsibility to protect,” Jennings said. “When someone is in our custody, they’re in our care. I’ve watched the video several times — arguably one of the most difficult videos that I’ve had to watch in my entire career. It troubles me even more to know that, had the officers followed policy and made better decisions, there may have been a different outcome.”

Policy states that an officer call MEDIC immediately if they have reason to believe that someone has swallowed narcotics. No MEDIC was called to the scene of the arrest, and one was only called to the Metro Division headquarters after Easter was found on the ground unconscious.

Jennings also said that, at the time of Easter’s arrest, policy stated officers must check on someone at least every 15 minutes while they are in custody. Following the announcement of the results of CMPD’s internal investigation on Sept. 18, the department announced a revised policy in which there must be continual observation of anyone in the department’s custody.

The five officers involved with the arrest were placed on administrative leave with pay on Jan. 24. Their names were Sgt. Nicolas Vincent and officers Brentley Vinson, Michael Benfield, Michael Joseph and Shon Sheffield. Vinson was the officer who shot and killed Keith Lamont Scott in 2016, leading to the Charlotte Uprising.

Below is a breakdown of five key videos in their entirety.

The first video — body-camera footage from a person CMPD identifies as “Officer 1” — shows Easter’s arrest, followed by his transport to the Metro Division headquarters. In the video, officers discuss multiple times that they’re aware Easter was at least trying to swallow his cocaine when they arrested him. During the arrest, Officer 1 yells, “He’s eating it!” Following the arrest, Officer 4 complains, “He ate whatever he had.” After arriving at the office, Easter is seen begging for a sip of water from a water fountain that is just feet away from him, while officers refuse (29:00).

The second video, from the vantage point of Officer 3, shows the follow-up to the arrest, in which Officer 3 searches Easter’s mouth for any remaining cocaine (4:30). “He has crack all over his tongue,” Officer 3 says to Officer 5, who responds with, “Yeah, he was trying to eat it.” Officer 5 then turns to Easter and says, “Lips going numb, ain’t they brother?” further proving that officers were well aware that Easter had ingested narcotics.

The third video, taken from Metro Division surveillance footage, depicts Harold Easter in the station’s interview room, where he suffered the medical emergency. Among other things, it shows an officer finally give Easter a cup of water (17:55), then leave him in the room. At the 33:30 mark, another officer enters the room to check on Easter, who asks if he’s the sergeant. That officer leaves and is the last one to see Easter conscious.

At the 42:00 mark, Easter begins to shake, then yells, “I am going to die!” His condition worsens until, at the 45:00 mark, he collapses onto the table and appears to lose consciousness. Two minutes later, he falls from the table onto the floor and goes into a seizure. At the 54:43 mark, an officer enters the room and finds Easter lying on the ground, bleeding from the mouth. At that point, it has been more than 21 minutes since the last time someone checked on Easter.

The fourth video shows officers’ reactions once Easter is found unconscious (lower quadrants, 13:45). A MEDIC is finally called, then multiple officers attempt to render aid to Easter until help arrives.

The final video shows an officer following Easter’s transport to the hospital, during which someone can be heard stating that he regained his pulse just before entering the ambulance. He would die in the hospital on Jan. 26.

In a statement released after footage of Harold Easter’s death was released, ACLU of NC Smart Justice Campaign Manager Kristie Puckett-Williams said the officers should not have been allowed to resign from the department, and should have faced criminal charges.

“It is immoral, inhumane, and unlawful for police to deny medical treatment to someone in their custody,” Puckett-Williams said. “That’s what happened to Mr. Easter, and there’s nothing to assure the community that other people who come into contact with police would be treated any differently. Coming into contact with law enforcement should not be a death sentence, but it was for Mr. Easter, just as it has been for so many people of color.”

Robert Dawkins with police accountability organization SAFE Coalition pondered why bigger changes aren’t being made in the Metro Division, where Danquirs Franklin was shot and killed by CMPD officer Wende Kerl in March 2019, and Vinson was allowed to work in situations similar to those that led to Scott’s shooting in 2016.

“It’s problematic to me that command staff is never held accountable for all of the police misconduct issues,” Dawkins told Queen City Nerve. “At some point, we have to ask for accountability from CMPD management because they are the ones that instill the culture in their employees.”

At Thursday’s press conference, Mayor Vi Lyles implied the punitive measures taken against the involved officers represented a “reimagining” of CMPD under Jennings, who took over as chief on July 1.

“I understand the sense of anger and loss, but I ask for this community to also understand that as we are moving in a direction to reimagine our police department,” she continued, “that the chief has taken the first step to acknowledge, investigate and act. As mayor that gives me great confidence.”

Phase 3 of N.C. Reopening To Begin Friday. What Changes? 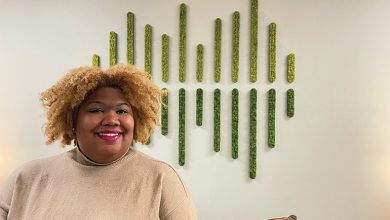