Charlotte City Council met for a business meeting on Monday night, the last meeting of the current council’s term. That means it was the last meeting for outgoing council members Julie Eiselt, Larken Egleston, Matt Newton, and Greg Phipps, and there were plenty of big decisions awaiting them, including whether to approve the Unified Development Ordinance.

The next time we see council come together, it will be a new council, as a swearing-in ceremony is scheduled for Tuesday, Sept. 6. The new council will get to a business during its first meeting on the following Monday, Sept. 12.

On the agenda on Monday night:

The first speaker at Monday night’s public forum was Linda Lockhart, Charlotte’s first Black woman firefighter, who spoke about the sexist culture at the Charlotte Fire Department. She said it begins with the hiring process. “Things have not changed … It’s terrible over there, and nobody seems to care.”

David Hans said he’s been fighting the city’s efforts to build a volunteer fire station on Woody Point Road in Steele Creek and has been ignored by council members and city staff, which he claims is a violation of their code of ethics. It looks like that’s a wrap on the forum.

Mayor Pro Tem Julie Eiselt pulled one item from the consent agenda for clarification: a $2.9M contract with WPTP Brevard Holdings to design the redevelopment of the Charlotte Transportation Center, which John Lewis assured her is for design options only that will then be brought in front of council.

Nothing was finalized with last night’s vote, which passed 7-2 along party lines, regarding whether the city will putt the CTC underground, whether the Blue and/or Silver Line will run through it, etc. It was just to get them started on researching design options.

Before the Unified Development Ordinance discussion could begin Victoria Watlington introduced a motion to suspend a rule that — due to the recent lifting of the state of emergency in NC — prohibits virtual participation in council meetings. Watlington’s motion would have allowed Renee Johnson to participate in the UDO vote and the rest of Monday’s meeting. 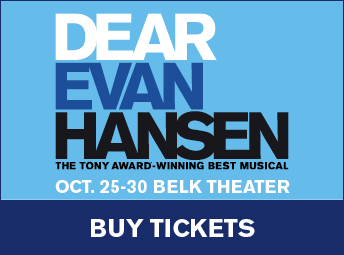 City attorney Patrick Baker recommended that council not suspend the rule to allow Johnson to participate, as any item council voted on thereafter could potentially have been legally challenged in court and/or overturned.

Eiselt said the next council should have a serious discussion about those rules and how they work outside of a state of emergency because, “COVID will be here forever.” She did not want to suspend the rule on Monday because of the concerns raised by Baker.

Renee Johnson sent a statement that Victoria Watlington read into the record in which Johnson stated that she had tested positive for COVID and apologized to her constituents for not being able to attend the meeting.

Dimple Ajmera agreed with Watlington and encouraged council to allow Johnson to participate, saying it’s worth the risk over allowing an entire district to go without representation on a night with such important votes.

The motion to suspend the rules and allow Johnson to participate failed 6-3, with Ajmera, Watlington and Matt Newton the only Yes votes.

Moving onto the discussion about the Unified Development Ordinance, Ed Driggs said he’s regretful that an important document that’s been formulated over six years was turned into a social issue over single-family zoning, pitting one group against another. He called it “inimical to our efforts to build a more just society.”

Victoria Watlington quickly proposed an amendment to the UDO that would delay any implementation of a new policy that will allow duplexes and triplexes in neighborhoods currently zoned specifically for single-family housing until four months after the city adopts an official anti-displacement strategy.

Matt Newton said he fully believes the UDO as it is currently drafted will only act to expedite the gentrification that is already occurring throughout Charlotte. He said the most vulnerable neighborhoods to be affected are in east and west Charlotte.

Tariq Bokhari said he would support Watlington’s amendment but emphasized that any work they’re asking to be done around economic impact is what he and others have already been calling for and he didn’t appear to have much confidence that it will get done correctly now.

Malcolm Graham spoke in favor of the Unified Development Ordinance, stating that “gentrification is not coming, it’s here.” He said there is work being done to protect “inner-city communities” that are vulnerable to displacement and that Monday night’s vote was only “a comma and not a period.”

Larken Egelston said he wouldn’t support the proposed amendment because there is no legal standing for the current council to force the next council to do anything, such as approve an anti-displacement strategy by August 2023, which the amendment aimed to do.

“This wasn’t 11 council members and the Mayor who sat around and decided what we wanted this to look like,” said Julie Eiselt. She credited the multiple committees, years of community engagement and countless other folks who helped formulate the UDO.

Eiselt said she supported “the spirit” of the amendment, but noted that the UDO doesn’t go into effect for nine months (on June 1, 2023), but the amendment would force the future council to take a vote, and if they didn’t it could threaten the implementation of the UDO and for that reason she couldn’t support it.

He emphasized that the Unified Development Ordinance does not abolish single-family zoning, it abolishes exclusionary zoning. He said any further delay in passing the UDO “will further extend prime conditions to develop an inequitable city.” 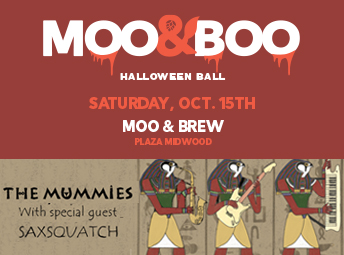 Matt Newton disagreed: “When you allow developers to upzone by a factor of two, three, or four times without them even having to meet the community or community representatives and without a mechanism to mandate affordability or home-ownership, it’s the developers and investors who win and not the community.”

Dimple Ajmera said she shares the worries of her colleagues who are concerned about gentrification and displacement, but the Charlotte Neighborhood Equity and Stabilization (NEST) Commission’s endorsement of the UDO gives her faith in the document.

Watlington’s amendment failed. The UDO was then approved in a 6-4 vote, with Bokhari, Watlington, Driggs, and Newton casting No votes.

Social Districts and Other Business Items

During the city manager’s report, Shawn Heath presented council with an opportunity to preserve Peppertree Apartments as naturally occurring affordable housing (NOAH) for at least 20 years through a city/county subsidy program. At nearly 300 units, it’s far larger than any of the city’s previous NOAH projects.

The Peppertree apartment complex is located in east Charlotte at the corner of Central Avenue and Kilborne Drive.

Council updated the city’s Sewer Backup Policy to increase the amount the city awards to folks who have experienced sanitary sewer backups on their properties due to blockages in the city sanitary sewer system from $15K to $45K.

Council voted to strengthen the city’s Source of Income protections in city-funded properties.

Council voted on updating the city’s ordinance to allow for social districts on Monday night, but not to actually create any as of yet. Larken Egleston said it would be up to the next council to ensure that social districts are implemented in a way that is not detrimental to the residents around them. 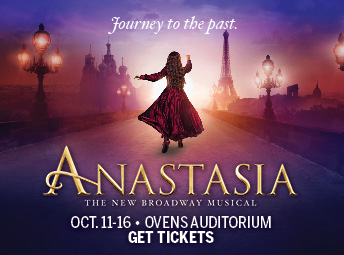 Council has heard concerns about public safety around social districts, which would allow for drinking outdoors in certain neighborhoods, and environmental issues, as other municipalities have implemented single-use plastic cups to be used in social districts

Council voted unanimously to approve an ordinance that will allow for social districts to be created in the city. The city manager’s office will open a portal to begin receiving feedback from community leaders who would like to see their neighborhood turned into a social district.

Before voting on $6 million in annual funding for the arts, Tariq Bokhari said the original plan for this new funding strategy, which matches private funding of $6 million a year for three years, has left council’s policy vision behind and been hijacked by members of the Arts & Science Council (ASC).*

[Editor’s Note: The original version of this story stated Bokhari had blamed members of the Arts & Culture Advisory Board for “hijacking” the process, when he had referred to the ASC specifically rather than the Board.]

City manager Marcus Jones admitted there should have been more transparency and/or concrete rules around how much funding the ASC receives. Mayor Vi Lyles says that, if there’s anything she hears most consistently from her colleagues, it’s that ASC is “a problematic institution.”

“We were crystal clear that we were supposed to work together to create that policy vision statement, and that was ignored,” said Braxton Winston. “It was even clear from the advisory board that they did not have clarity on some of council’s desires, but instead of the work being done to present clarity between council and the Advisory Board, it was decided that the committee was just going to decide on their own what the council intended.”

Julie Eiselt said that if the Arts & Culture Advisory Board (ACAB) gave the ASC money to pay their debts, she didn’t know that at the time and she doesn’t support that decision. However, she supports the ACAB model as it stands, she just thinks there needs to be more communication with council.


The motion to approve the $6 million in arts funding passed 6-3, with Driggs out of the room and the No votes coming from Winston, Bokhari, and Watlington.

ESSAY: A Farewell to Plaza Midwood