There’s so much happening in Charlotte’s arts and music scenes that we can’t possibly cover it all, but what we can do is go back and let you know about some of the shit you should’ve seen that happened this month.

Three of Charlotte’s best rappers came together to drop visuals for their single “Gon’ Be,” the second single from Deniro Farrar’s Sole Food EP, set to drop next month. Elevator Jay and Lute are featured in the song and video, coming to Farrar’s aid when he’s kicked out of his Charlotte apartment by his partner, who’s apparently a nonbeliever.

The video, directed by Kosmic and Kevin Lithium, was filmed mostly in the Cherry neighborhood — namely at Queen City Wings.

Though Lute and Farrar filmed a video for “Ambitions Remix” together with Cyanca in 2018, this is the first time this trio has united to shoot visuals. Elevator Jay said he enjoyed being able to mix it up with folks he sincerely calls friends for a video shoot.

“It was just really cool to be in the same video with two people that I really run with, and I consider them friends of mine,” he said. “The chemistry we had together, it came natural.”

The video featured cameos from Iya Shadmali as Farrar’s girlfriend,” Kevin “Surf” Mitchell as a restaurant customer, and JXHines as the restaurant owner.

As a visual artist that grew up with genetic macular degeneration and limited resources, local artist Bree Stallings knows to never take vision and eye health for granted. To Be Seen & Celebrated is a multi-faceted exhibition for which Stallings painted 100 custom paintings of real people’s eyes, then built a master grid installation to be housed at The Metropolitan for 30 days, beginning with an opening reception tonight at 7 p.m. celebrating the people and the stories behind every eye in the exhibit.

Proceeds from sales and generous donors will go to a vision fund for residents in the Brookhill community. Her goal is to gift as many eye exams and glasses as possible. “We may forget the occasion or the weather in moments long past, and even facial features can fade in the memory, but the eyes are never forgotten,” Stallings said in a release.

Modern Moxie Does It to the Death in New Video

Indie rock foursome Modern Moxie borrowed from Wayne’s World for the beginning of their new video for “‘Til I’m a Ghost,” which begins with three of the band members playing street hockey and dodging guitarist Phil Pucci, then getting sloshed on Birdsong Brewing beers until front woman Madison Lucas slips on a banana peel and the whole damn band ends up dead somehow (suspension of disbelief is a must for this fun ride). The song is off the band’s great debut album, Claw Your Way Out, released last year.

The video was produced, written and directed by Charlotte’s Dries Vandenberg, and features a live performance in The Milestone Club in west Charlotte. There’s also a cameo from Mudbone the marvelous mutt.

New York-based Creative Capital announced on Jan. 15 that Charlotte artist John W. Love Jr. is one of 41 artists around the country who will receive money to complete 35 projects as part of the 2020 Creative Capital Awards. According to a release, Love will create an installation involving performance art titled “The Cathedral of Messes.”

“‘The Cathedral of Messes’ is the scene of a crime: a mystic has assassinated his inner saboteur. Crystalline enshrined shoes and body parts of sculpted black salt float in a sea of video, literature, and performance in an installation dedicated to obliterating a virus known as shame,” reads the release. 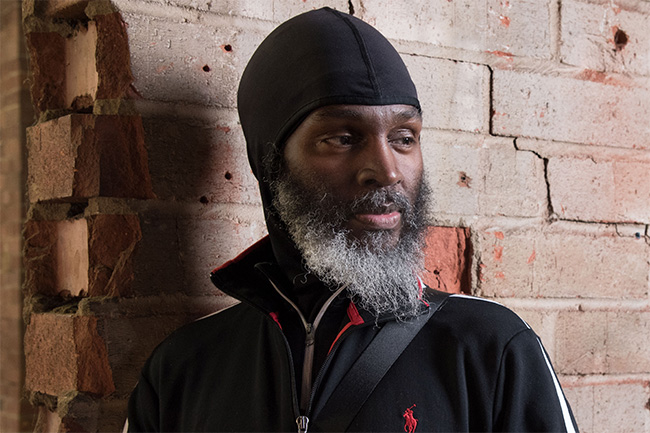 All awardees will receive up to $50,000 in project funding, supplemented by an additional $50,000 in career development services, for a total value of $100,000. These 35 projects were drawn from a pool of more than 4,000 applications and selected by a nine-member, multidisciplinary panel composed of awardees from previous years, expert curators, producers and other arts professionals. In a departure from traditional awards panels, Creative Capital’s multi-step review process is not delineated by genre — the nine panelists deliberated together to select the awardees regardless of field.

“Though these artists come to us from very different backgrounds, work in different fields, and explore a wide range of subjects, they share a dedication to pushing boundaries, both ours and their own,” said Suzy Delvalle, president and executive director at Creative Capital, stated in the release. ”We are thrilled to be supporting them and their work, and cannot wait to see these projects grow and mature to fruition.”

ReeCee Raps Takes a Day Off in New Video

On Jan. 15, local rapper ReeCee Raps premiered the video for “Happy… Right Now,” featuring an homage to Ferris Bueller’s Day Off in which she skips out on work responsibilities for the day and takes a solo trip to Frankie’s Fun Park in Durham and has a good time … save for one small meltdown.

The second video from her Diary of a Pothead EP was directed by Carolina Blue Films and produced by K Figz. The song features Charlotte singer Charnel Allen, who couldn’t make the video shoot, so ReeCee Raps, who wrote all the lyrics, lip-synched her parts. Featured in the intro the video is Renee Doggett from Durham. Check it out below.

The Nappy Chef Rojshawn Dontae Looks to Make His Next Move