In music, as in life, all things happen for a reason, David Sentendrey believes. How else can he explain his career track which has brought him to his current day job as an Emmy Award-winning TV journalist, and a gig playing in a sophisticated pop combo that started on Craigslist? Oh, and did we mention the time he survived a ghostly haunting in the dead of night?

“It’s been a wild ride and I’ve seen a lot,” Sentendrey says.

In retrospect, the 33-year-old bass player and journalist realizes that a series of meetings with the right people at the right time and place have nurtured his development and made him the newsman and artist he is today. He’s a digital journalist at Fox 46, WJZY-TV, where he writes, shoots and edits his stories as well as reporting on-camera. He is also bassist for the Colby Dobbs Band, a collection of virtuosic players who put songwriting first, crafting insanely complex tunes that are also danceable and catchy as hell.

Dobbs, Sentendrey and the rest of the band will play a mix of old and brand-new compositions at the Evening Muse on Saturday, August 17.

Before Sentendrey interviewed at Fox 46 for the job that changed the course of his career, and prior to his meeting with songwriting and keyboard wizard Dobbs — a turning point which upped his game as a musician — Sentendrey first got the crap scared out of him.

He was attending Appalachian State University, where he met a bunch of like-minded young musicians. The friends formed a band called Ample Example, which played college gigs ranging from frat parties to sports bars in Boone. Senior year, Sentendrey and the band’s drummer moved into an isolated house outside of town so they could jam all night. It turns out that the house’s owners didn’t disclose some pertinent details about previous residents.

“One of the people that used to live in that house had overdosed on heroin and died,” Sentendrey reveals.

He and his roommates would find syringes around the house, in places where they hadn’t been seen before. That was weird enough, but the worst was yet to come.

“One night I was lying in bed trying to go to sleep and I felt this presence hovering over me,” Sentendrey remembers.

He opened his eyes and saw a dark figure floating above him. It didn’t have anything resembling a face. Sentendrey swung, but the specter disappeared before Sentendrey’s fist could connect.

Similar experiences, such as disembodied footsteps stomping up the stairs and lights switching randomly on and off, convinced Sentendrey and his roommates to clear out of the house.

Back in Charlotte, Sentendrey pursued journalism and music, two passions that he had harbored since his childhood. Sentendrey had an urge to tell people’s stories, and he believes that journalism chose him instead of the other way round. After college, he started writing freelance for the Enquirer-Journal in Monroe.

But the band life beckoned.

“I still had this musical itch,” Sentendrey says.

That itch began when Sentendrey was 15 years old and his family moved to Weddington from Cleveland, Ohio. He picked up the bass when an older kid showed him how to play the bass line for “Punk Rock Show” by MXPX.

Soon the music-obsessed high school student was spending long hours in his room, figuring out how to play his favorite songs. He started going to jam sessions where he could play with musicians more seasoned than him. It was a practice he continued when he went away to college.

“The musicians were so much better than me, and it made me get better,” Sentendrey says. “I sort of threw myself into the fire.”

Now, with a college degree in hand and a haunting under his belt, Sentendrey was ready to step into the flame again, and he found it in the most unlikely place.

“Colby and I always tell each other it’s hilarious that we met on Craigslist,” Sentendrey says laughing.

Singer and keyboard player Dobbs was looking for a bassist to record some songs for a church project. He and Sentendrey immediately knew they were kindred spirits and that there was more for them to explore outside the project at hand.

“Colby said, ‘I have some originals. Let me show you them.’” Sentendrey remembers.

Like Sentendrey, Dobbs is a self-taught musician. He didn’t start playing piano until he was 18 or 19 years old.

“He basically got a Steely Dan playbook and learned all these crazy wicked songs,” Sentendrey says. “It’s insane.”

The Steely Dan influence carried over into the pair’s new project, a collaboration that turned into the Colby Dobbs Band. Dobbs is the primary writer and his songs boast weird chord changes, strange synchronized licks and astonishing vocal harmonies.

Dobbs’s tunes are a lot more complicated than they seem, Sentendrey says, and it’s almost strange that something so complex should be so damn fun and catchy.

“It’s very technical but there is also has a lot of soul,” Sentendrey says. “I’m blessed to play [Dobbs’s] music, and I’m thankful he’s keeping me around.”

Over the years, the ranks of the band have swelled to include guitarist Charlie Trexler, saxophonist Marcus Harmon and drummer Curtis Wingfield. Sentendrey mentions that he used to watch Wingfield play at a bar in Boone where Sentendrey was a lowly dishwasher working his way through college, never dreaming that he and Wingfield would one day play in the same band.

He also reveals that he and Harmon went to the same high school in Weddington, but that they never met each other until Harmon joined the band. It just an instance of Sentendrey not connecting with the right people until the time was right, he maintains. This is the lineup that recorded the Colby Dobbs Band’s 2012 debut album The Great Unknown over a 14-month period.

The band used up plenty of do-overs, he continues. After recording something they would sit on it for a few months and try to figure out what they could do to make it different. On some of the backup vocals on the record, there might be 12 different voices on one song, plus layered multiple pianos and synthesizers on other tracks.

“We wanted to write songs that were pop and friendly,” he says. “[But] we also wanted [the music] to move and have a lot of color. We really challenged ourselves.”

Sentendrey reveals that the band’s follow up album has been gestating even longer. Dobbs, Sentendrey and crew started recording tracks for the as-yet-untitled sophomore album back in 2014, and five years later they are just about finished.

Sentendrey promises that the results will be well worth the wait. As much as he loves The Great Unknown, he predicts that the new record will put the previous one in the shade. The Evening Muse show will showcase a generous selection of the new material.

Concurrent with the recording of the new album, Sentendrey took the next step in his journalism career and joined the Fox 46 launch team in January 2014. Right off the bat, Sentendrey discovered that his music and journalism worlds were intersecting in unexpected ways.

“In my interview at Fox, I had talked a lot about music with the human resources guy,” he remembers.

The very next day, the HR manager emailed Sentendrey, asking if the Colby Dobbs Band had opened for Mother’s Finest at Amos’ Southend the previous spring. It turned out that the HR manager had shot cellphone footage of Sentendrey playing at the gig. So at the very least, music had broken a barrier between being in a band and working at a TV station.

But the connection between music and journalism goes much deeper than that, Sentendrey says. He believes there is an inherent musicality in words and video.

There is music in language and the way it sounds and flows, he says. Short, sharp sentences can rhythmically punctuate longer lyrical ones. Similarly, he sees video editing as a confluence of rhythm and flow as edited images set up and segue into one another.

That’s not to mention the special times when his two worlds collide, like in July, when Charlotte-based musician Trizzy, whose finger-drumming videos had recently gone viral, came on set to jam with Sentendrey.

Sentendrey counts himself lucky to be working in these concurrent careers, which he sees as separate yet compatible arts forms. While it’s easy to perceive music as art, Sentendrey feels similar criteria can be applied to his career in television.

“Journalism is an art,” Sentendrey says. “How you write your story, shoot your video and edit your story is an art form. I think those two worlds totally intertwine.” 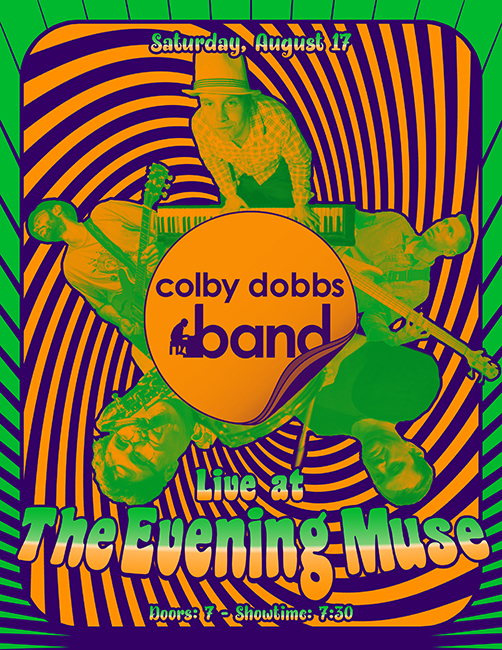 Basic Instinct Does What Feels Right

Nekeith Takes Pride in his Androgyny