Following a frustrating year in Rockingham, Epicenter Festival will return to Concord’s Rock City Campgrounds at Charlotte Motor Speedway in 2020, as the three-day music event will take place on May 1, 2 and 3.

While it was already announced that Metallica would headline two nights, the rest of the lineup has been a mystery until today. While there’s no Rage Against the Machine, Tool or System of a Down, as many had hoped, there are plenty of other bands to fill the schedule.

Find tickets and more information at the festival’s website. 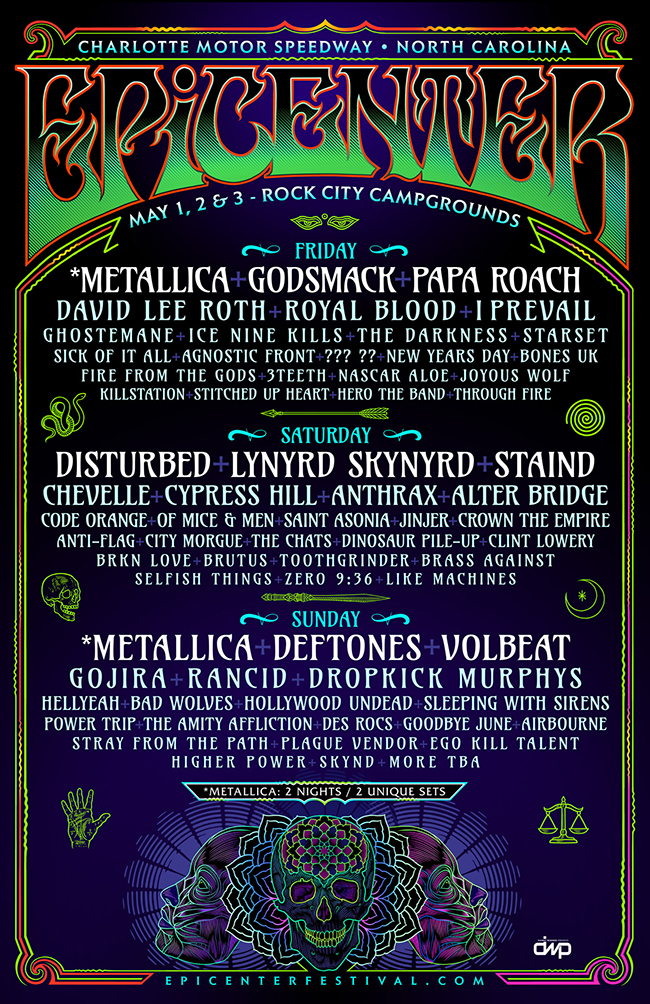 The Weird and the Restless