The lyrics of the very first song on the cassette gripped Evan Plante immediately:

Plante was 13-years-old listening to the John Lennon anthology Shaved Fish, he recalls, and it was a game-changer. Now 41, the artist, designer and former rock musician still responds to Lennon’s punchy pyrotechnic tune. It summons memories of his rebellious childhood, a door opening onto punk rock, and drawing a diving line between Plante and his parents, who couldn’t understand the radical message of “Instant Karma,” preferring the safer sounds of The Beatles and Lennon’s ex-bandmate Paul McCartney.

Plante is honoring that sense of risk and liberation with a large-scale screen-printed project that debuts at Hart Witzen Gallery’s Fall Free For All exhibition on Oct. 19 at the venue’s new home at 2422 N. Tryon St. The print commemorates the 50th anniversary of John Lennon and Yoko Ono’s “War Is Over! If you want it” campaign, a series of billboards that went up around the world proclaiming an antiwar message in giant black letters on a white background.

It turns out Plante’s project conjures a tangle of memories, emotions and anniversaries. His print eschews repeating John and Yoko’s message, opting to display the lyrics to “Instant Karma,” which were first recorded in a whirlwind single-evening studio session half a century ago. While December marks the 50-year anniversary of the billboard campaign, January signposts the 50th anniversary of the recording of “Instant Karma,” and December of next year will be 40 years since John Lennon was murdered.

To underline the anti-violence message entwined with these personal and pop-cultural memories, Plante has added gunpowder to the ink used to create his screen print. He hopes the project will help start a conversation on how little progress we’ve made in curtailing gun violence in 50 years.

Evan Plante: As an artist, print maker and designer I’ve done a lot of large-scale pieces lately. I’m always pushing the envelope as far as what we can pull off for screen printing. I started thinking about how big I could create a screen print before it starts to become totally unwieldy. So I started printing on panels. It’s a canvas-covered panel that’s 69 inches tall and 48 inches wide. My shop is really small so everything that we do has to be done in sections. It’s actually a grouping of several screens. It’s pretty treacherous.

I also started thinking how much I can experiment with the process, and I thought it’s possible to mix gunpowder into the ink and let that be part of what the concept is. It’s not just a design project, it’s actually a high-concept idea, and it just hit my consciousness that this would have been the 50th anniversary of when John and Yoko’s “War is Over” billboards were put up all around the world in a dozen cities in different countries for Christmas 1969.

So I thought I want to experiment with gunpowder and I want to acknowledge the anniversary. I’m going to make this print that reminds people of the billboards that they did, because I still feel like even after 50 years there is no will or guts to digest John Lennon’s message

There is gunpowder in the ink. Have people done that before?

As far as I know, no. That’s the thing. When I say that I want to experiment with scale and size, I want to be part of the Andy Warhol school [or] the Shepard Fairey school where I’m experimenting with the medium and not just boxed in making a poster over and over. I just wanted to see if it was possible to use this medium in a conceptual kind of way to press an idea.

Did you have to do a lot of silk screens to make up one print?

It was four three-foot screens in order to get the size right. We pulled all the screens off at the same time. The panel was so big that I couldn’t fit more than one in my studio at one time. My assistant [Alec Miller] and I had to pull all of the four screens at the same time. The process is actually magical. (The process is documented in a slideshow below courtesy of Docklands Design, which Plante founded.)

The initial billboard campaign in 1969 was “War Is Over! If you want it.” Why did you print the lyrics of “Instant Karma?”

I didn’t see the point of re-doing a message that had already been done. There are other better-known John Lennon songs [than “Instant Karma]. It would have been normal for me to do “Imagine,” but I feel that song has been done to death.

If you look at the lyrics of “Instant Karma,” it goes to why I love John Lennon post-Beatles. He had released other songs while he was still with The Beatles, but he was still expected to be John the Beatle. There was this kind of hippy-dippy peace-and-love thing that was part of 1969. With “Instant Karma,” [Lennon] woke up one morning and wrote the song, then he called down to the studio and said, “I have a song that I want to record today.” They went in and recorded it that night. He played it on TV that weekend and it came out a week later as a single. It’s so impulsive. It’s a very immediate sounding song, and it’s also really scathing if you take a look at the lyrics. You can hear the sound of the end of the 60s.

It’s the sound of this artist who had been existing in a world that was full of peace and love finally getting his punk ethos saying, “You need to fucking listen, people!” For the first time instead of being “peace and love” he’s talking about how people are not treating each other right. John turned a corner. He became a little bit more punk. As a punk guy who grew up in punk culture, I love hearing this. It’s romantic, but also sad and interesting, to hear this ’70s [message] on the backwash of the ’60s.

That’s why I chose “Instant Karma.” It was impulsive to write a song in a day and record it and release it within a week because then you don’t edit yourself. It comes off as a genuine thought process. That’s who I am as a person, too. I decided I was going to print this “Instant Karma/50 Years” print and it’s going to relate to that song and the billboard campaign. And it also was going to tie into the anniversaries.

Many people know you as a musician — a drummer and guitarist in bands including Light the Fuse and Run. Are you still pursuing a musical career?

No, I’m not playing music at all right now. I started getting busy doing screen printing, design and art. Two or three years ago I made the switch. I made the choice to become a healthier person as I got older, and that’s tough to do that when you’re booked to play Snug Harbor at one o’clock in the morning. I’m scratching that creative itch by doing art, design and prints in a healthier and more rewarding way than playing in bands. 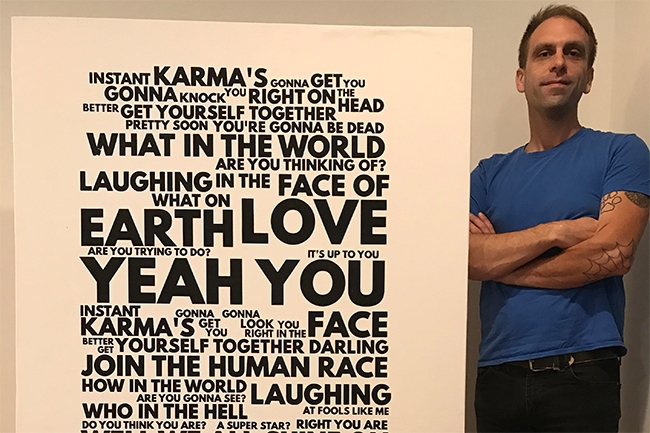 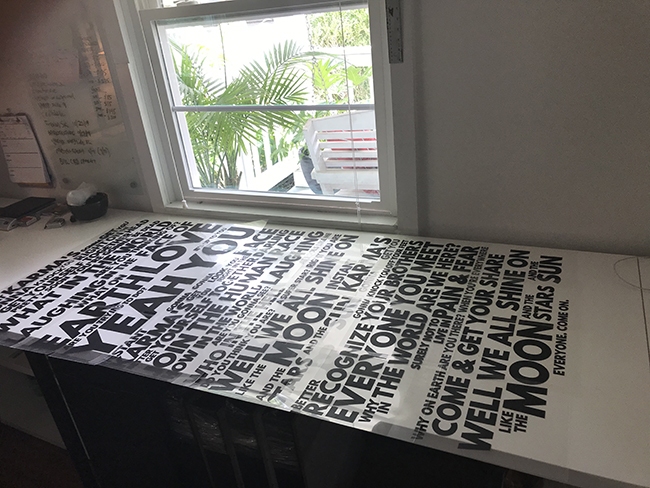 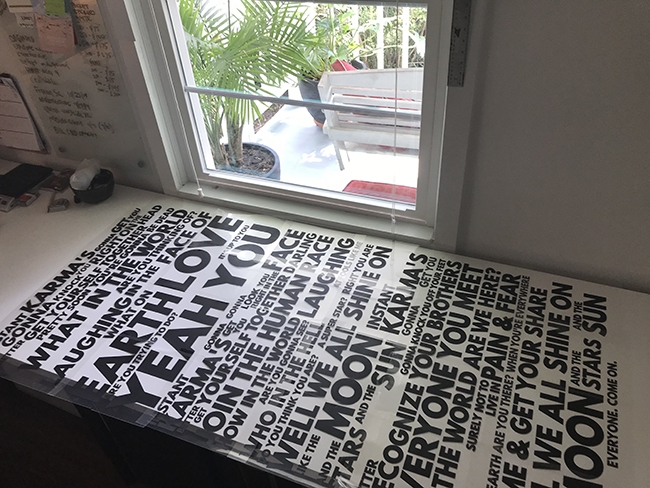 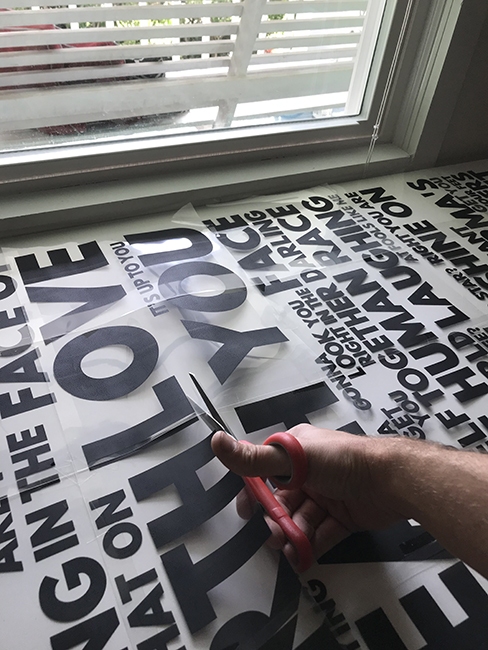 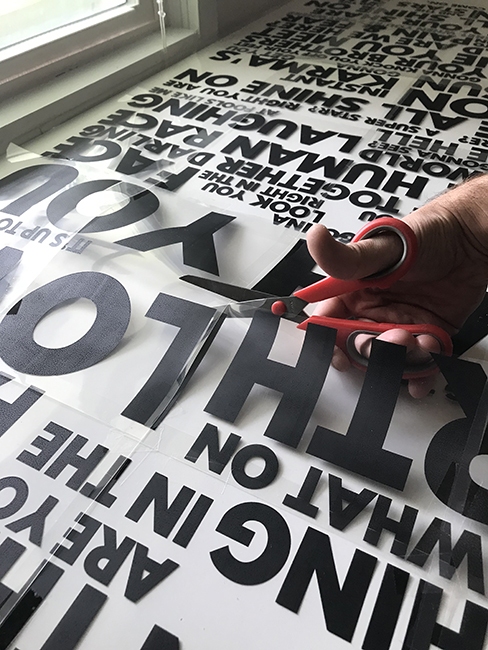 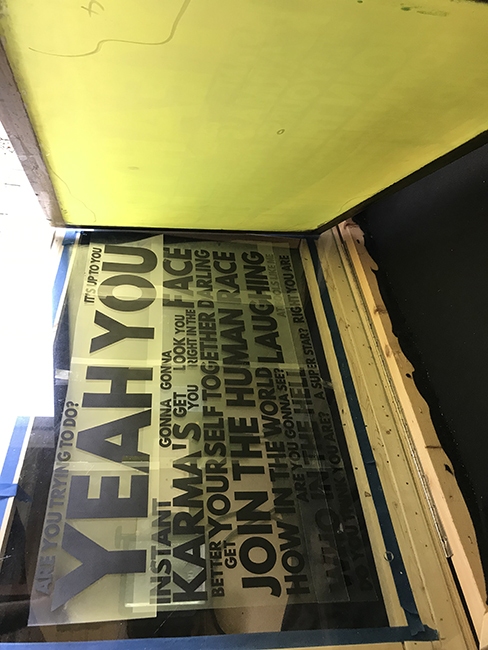 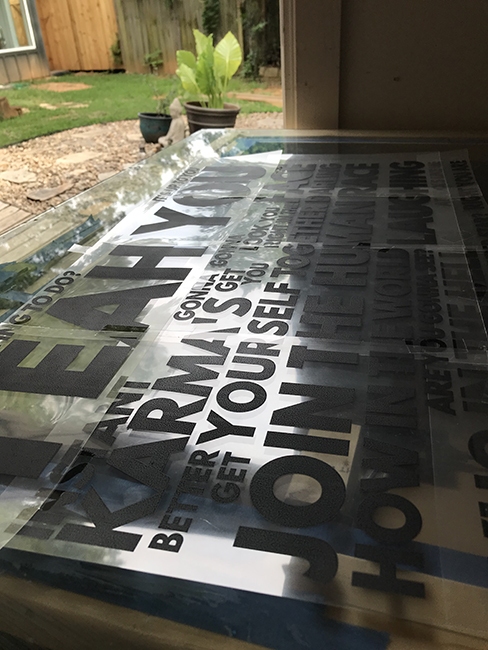 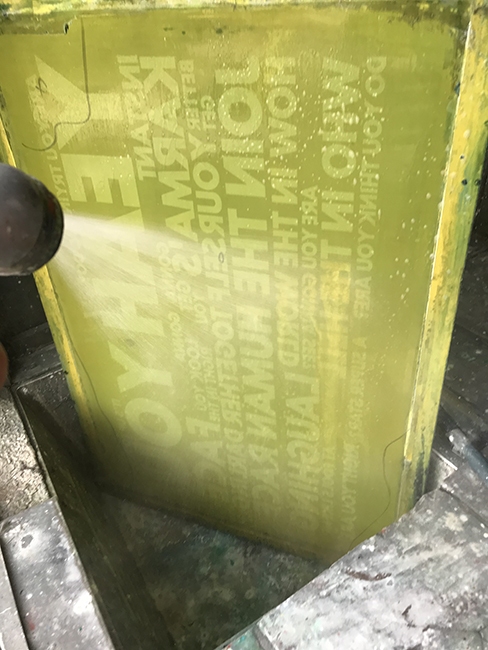 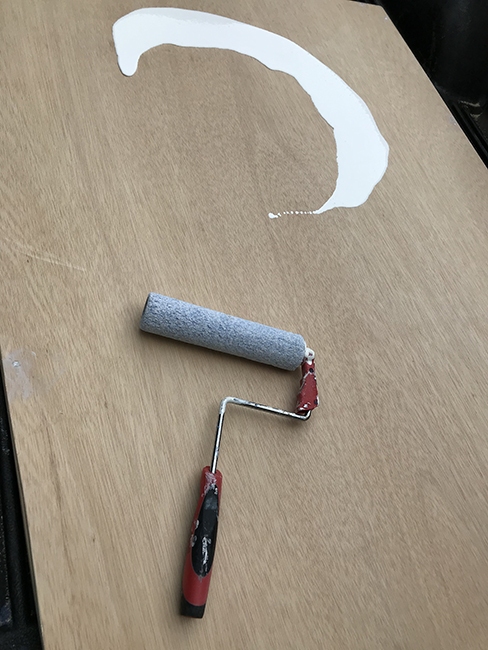 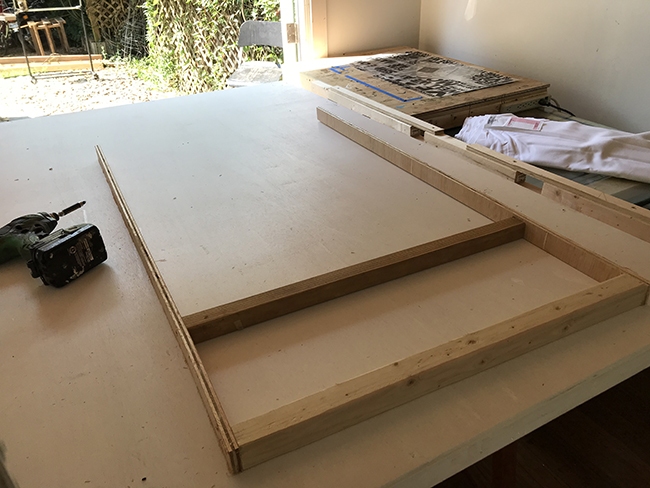 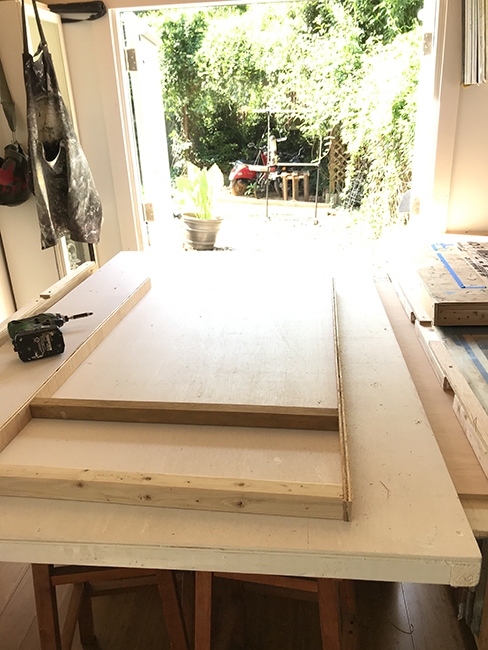 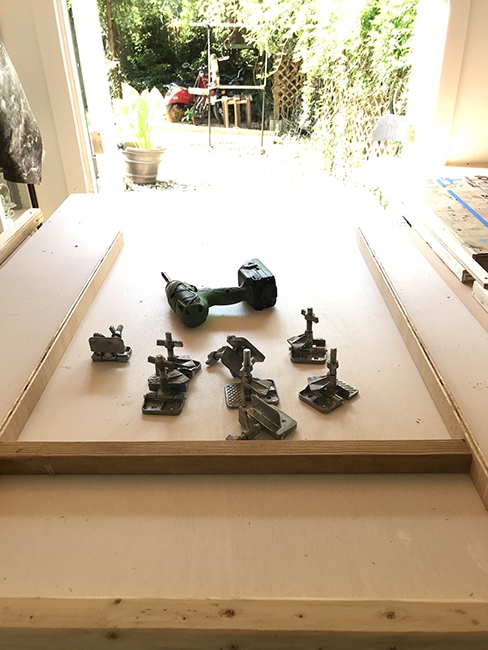 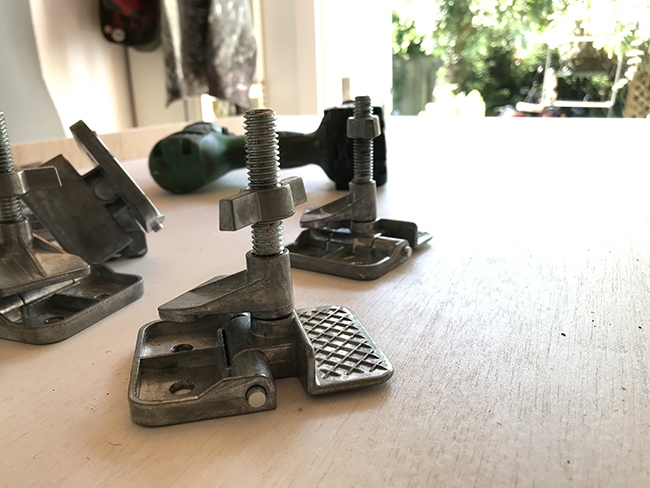 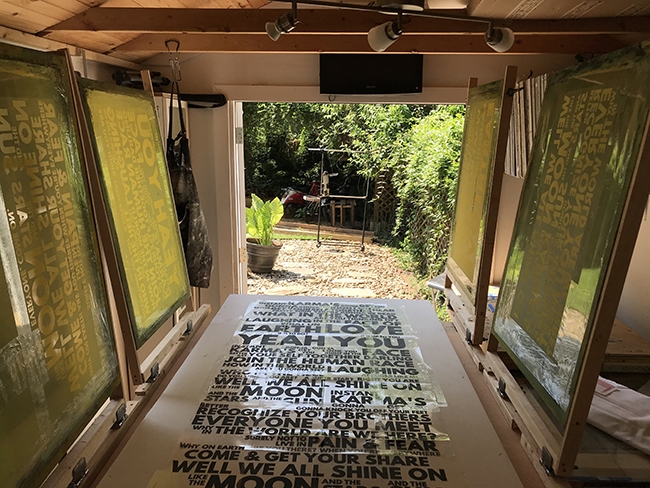 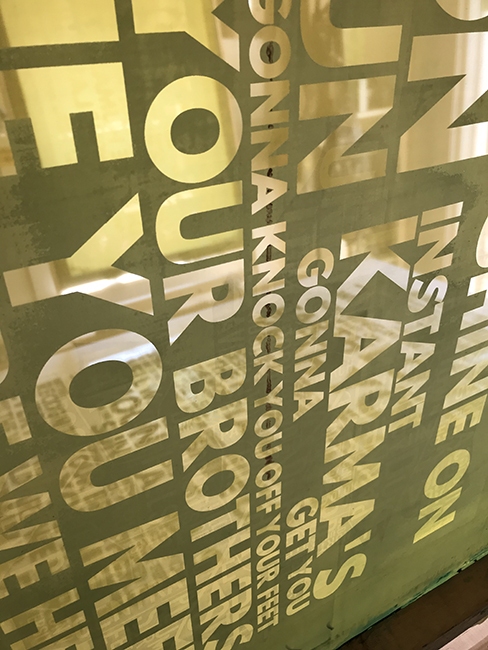 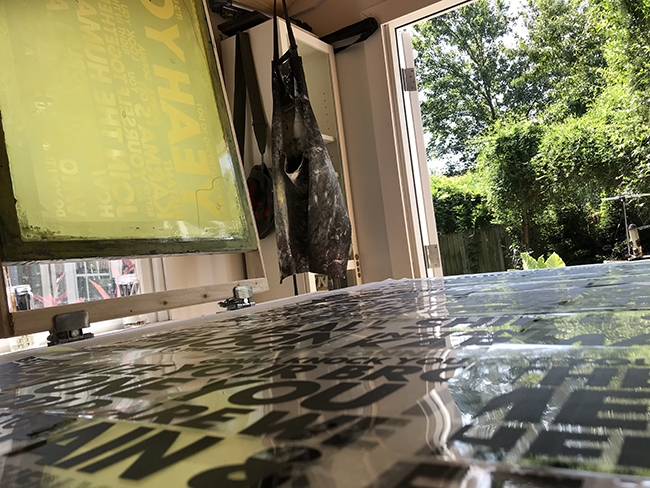 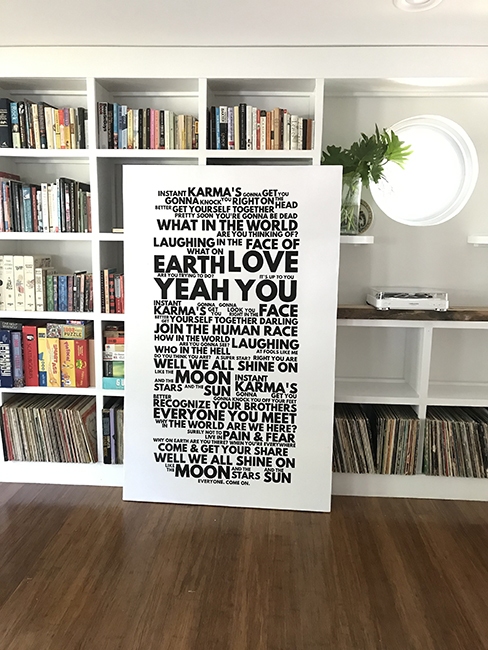 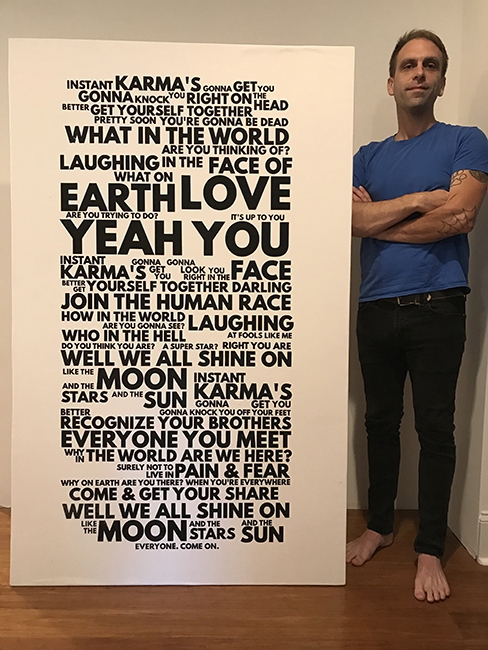 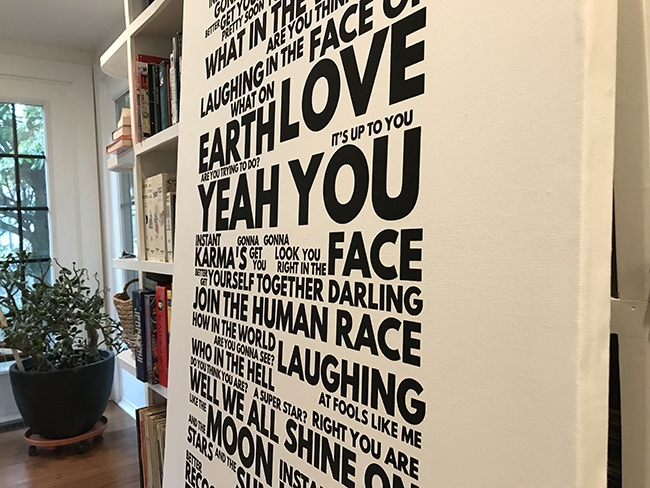 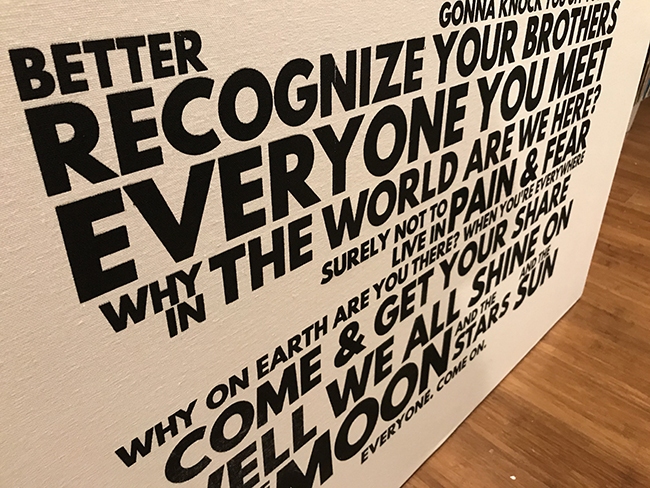 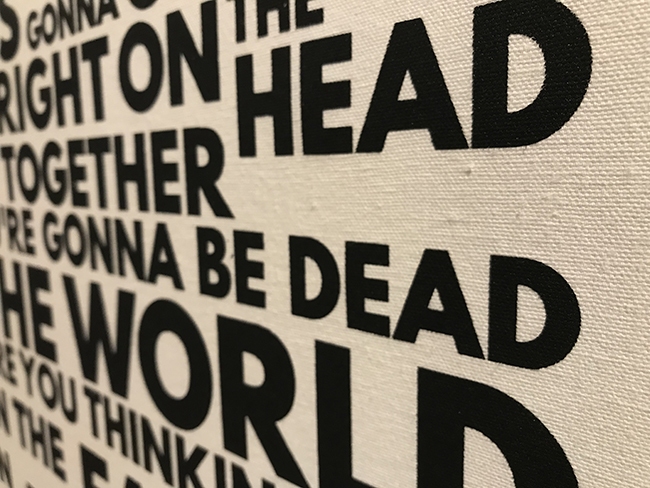 'The Wolves' Unpack a Lot in 90 Minutes