It’s hard to believe it’s been 15 years since Fantasia Barrino won season three of American Idol back in 2004. Since then, the singer has sold millions of albums and made a mark for herself in the music world. It’s no surprise that when the High Point native and longtime Charlotte resident returned to the Queen City for a hometown show at Bojangles’ Coliseum, she wanted it to be a party.

Only two songs into her show, she took her heels off to more easily run around the stage. “I’m ready to get ratchet up in here!” Barrino told the crowd. Her performance not only showcased her energetic stage presence and outstanding vocals but a serious control of the microphone — holding it away just the right amount of time when she would scream or emote any kind of passion between lyrics. Fifteen years in, Barrino only continues to improve with age.

One of the opening acts of the night was Robin Thicke, who offered his own vocal showcase. While he’s waded through a flood of controversy over the years — a public breakup, questionable lyrics and a songwriting lawsuit — he proved his range and musical talent throughout his 45-minute set, which when added to the two other opening acts, meant Fantasia didn’t hit the stage until 10:25 p.m., but safe to say it was worth the wait for true Fantasia fans.

All photos below shot by Jeff Hahne. Click to scroll. 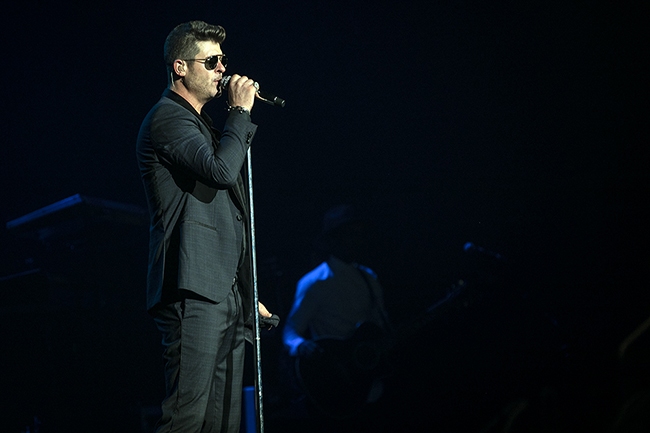 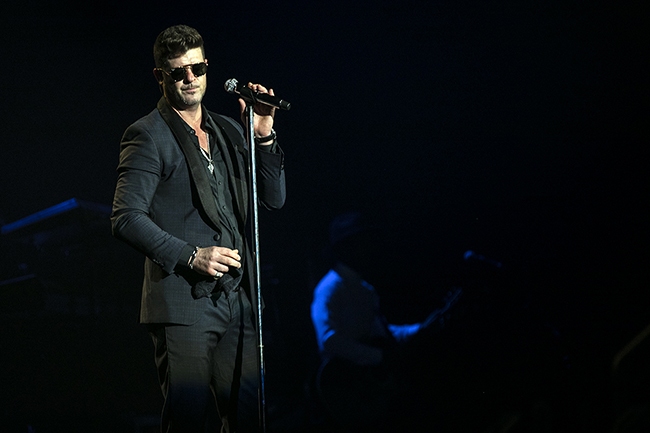 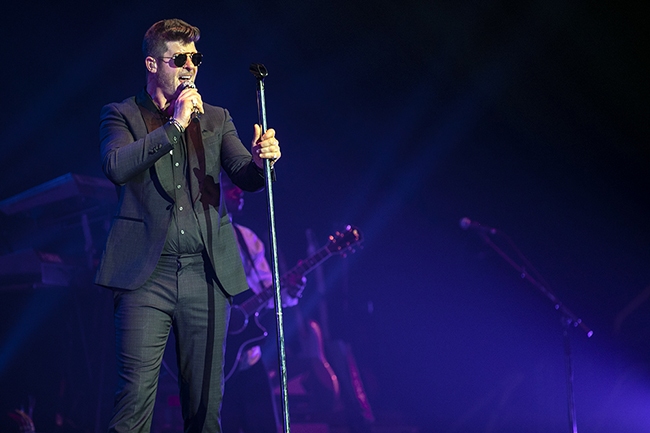 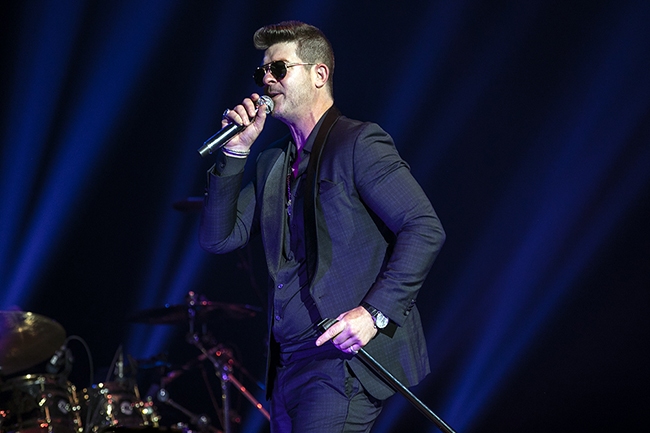 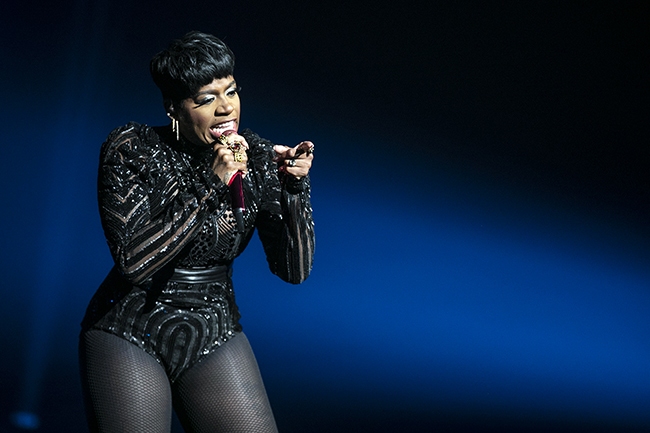 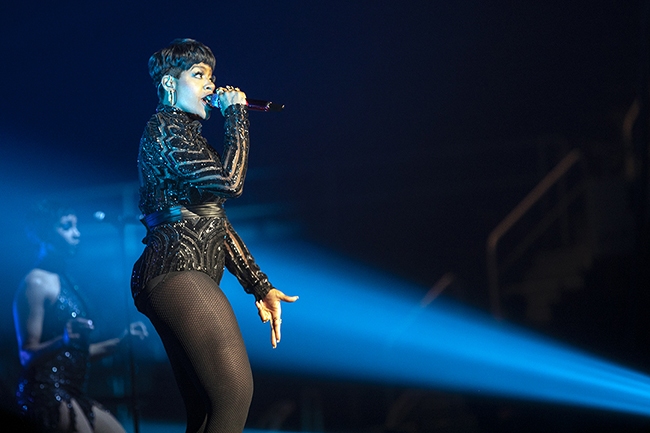 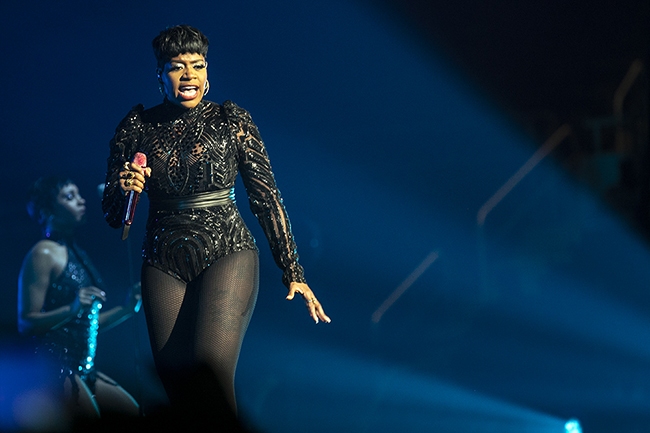 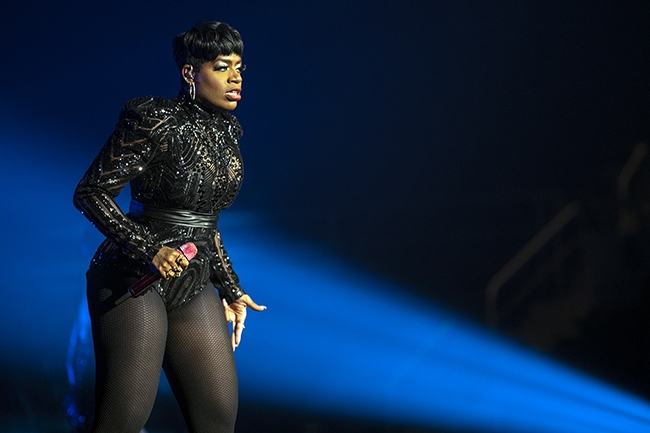 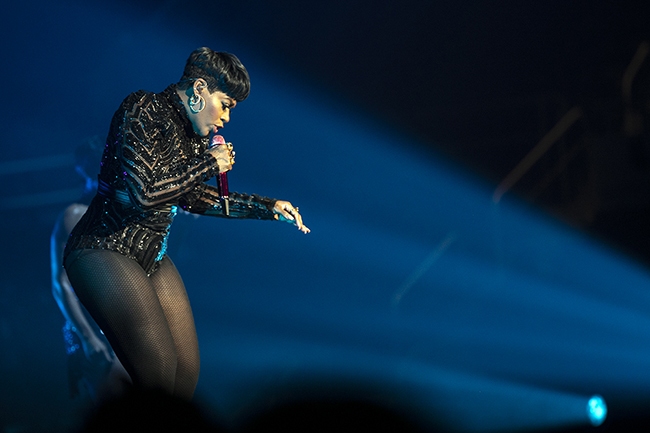 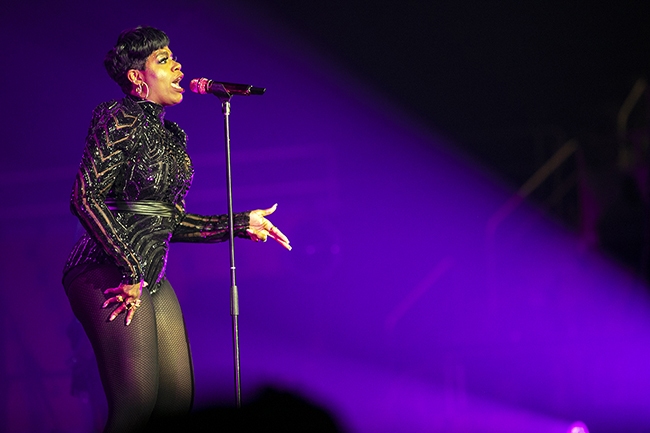 Cage the Elephant, Of Monsters and Men Celebrate Festivus