Folks have spent their free time during the pandemic shutdowns in different ways. Maybe you’ve upped your level of binge-watching, taken up crocheting or learned to bake sourdough bread. Maybe you’ve done something cooler than all that. But it’s unlikely you’ve done something as dope as Quiyana Marti, aka Farrahgamo, who’s turned her quarantine boredom into a promising rap career and isn’t looking back.

Having moved to Charlotte from Raleigh in 2018, Marti was living with local producer and InSynction Music founder Chris “CJ” Jeffreys Jr. when the shutdowns hit. Unable to go to her job as a dancer, she decided she wanted to make beats.

Producing didn’t do it for her, and eventually, through a mix of ennui and alcohol, she tried her hand at rapping.

“Shit just came out of boredom,” she recalls. “I was just like, ‘Fuck it. I don’t like producing,’ and I was sitting in the studio with CJ and he had some beat playing, and I was drunk off my ass, and I just went in the booth, and I said, ‘How I do this? I’m just ‘bout to god damn do something.’ And then that’s how it happened.”

What came out was a flow all her own — husky but feminine, New York but Southern — that she’s continued to build on since April, recording tracks, shooting videos and doing small performances when she can, honing her skills until the world opens back up and is forced to reckon with Farrahgamo.

A mix of styles

Sitting on a couch in the new InSynction Studios in east Charlotte, where Jefferys and his team are building a co-op that includes barbers, videographers, tattoo artists and other creatives, ‘Gamo is worn down after getting stuck in traffic on the way home from Greensboro. When I ask where she grew up, however, her spirits rise.

“Greenville, North Carolina, two-fiiiiiiiive,” she says, laughing, referencing the 252 zip code. “It’s the country, I know y’all can prolly hear it in my voice.”

That’s an understatement. Farrahgamo’s accent drips heavy with everything she says in a way that no print article can do justice to.

The deep Southern accent comes out in her music, only adding to the intrigue when her flow sounds like it originated up north or in the Midwest. She credits that melting pot of sounds to her influences  — namely 50 Cent.

Now 25, Marti was only in third grade when the G Unit founder’s Get Rich or Die Tryin’ album dropped, and that was all she listened to for years after that.

“I’m really a country ass bitch that listens to New York shit,” says ‘Gamo, an Afro-Latina with family from Puerto Rico. “I guess because my dad, my Hispanic side, they from New York, then I got real close homeboys I call my brothers, they from New York, so all that shit was rubbing off on me. That’s what I grew up on, 50 Cent. I don’t know what was wrong with me listening to that nigga when I was in third grade.”

She stayed exclusive to 50 Cent until she reached high school and began expanding her horizons. It was then that she picked up some new favorite rappers: Chief Keef, Gunna and the late Pop Smoke, whose influences you can hear in the up-tempo drill tracks she’s released over the past eight months.

In one of her latest releases, a collab with respected southwest Charlotte rapper Frais called “Back 2 Back,” Farrahgamo holds her own and doesn’t feel the need to be anything she’s not. She bounces off Frais’ Detroit drill style with her own hard-to-match flow, showing undeniable growth compared to her releases from just 6 months ago.

“That’s her pocket, that fast tempo,” Jefferys says of the “Back 2 Back” track, “but I don’t want to limit her, because I know as far as what she can do and what I can do, it’s really whatever feels good. When she gets in here and she’s rocking to it, it may be reggae, I don’t know what it may be, but if it feels good, then it’s going to be right. Anything that she’s not comfortable with she’s not going to do, period.”

Farrahgamo says she’s enjoyed honing her craft under Jefferys so much that she can’t imagine working with any other producer, though she knows that will have to be part of her learning curve eventually. For the time being, however, she’s building a foundation at InSynction. She and CJ create beats as a team, with her communicating each sound she wants to hear and him quickly cooking it up.

“She was watching in those late nights, us coming in from the studio,” Jefferys says. “It’s 2 or 3 o’clock in the morning and we was up vibing to music before she was ever rapping. So now, it’s like, ‘Do whatever you want to do.’”

For her manager Eli Thomas, the sky’s the limit in whatever ’Gamo wants to do, especially with the support of the InSynction team. Thomas, CJ and videographer Paul Jahn have put their full support behind not only pushing ’Gamo’s music, but helping her learn the ins and outs of the industry as family members who truly care about her.

“Her potential is special and different,” Thomas says. “She’s very authentic, she looks a certain way, she checks a lot of boxes. I tell her, ‘You not none of these other female artists rapping. Regardless of how much better you think they may be, you think they rap better than you or they got more views, whatever it is you think they do better than you, they lacking. You got a team of people around you that’s going to put you in a certain light that they could never, ever get into.’ This is a very special case we have.”

To hang with the fun-loving Farrahgamo in a chill environment after listening to her tough, straight-from-the-street lyrics is a pleasant if unexpected experience. In one of her early releases, “40 Bars,” the listener can’t help but feel sorry for the man who inspired the lines she delivers. Rap is her release valve, and anyone who steps in her way will feel it.

“I love this shit now, because I really got shit to talk about — maaaddd shit to talk about,” she says, laughing. “It’s no cap in none of my raps. I don’t hold back from shit. And motherfuckers always be feeling some type of way about my lyrics because I’m speaking facts, but I’mma keep doing it.”

Before rapping, Farrahgamo built recognition around her name as an exotic dancer in Raleigh and Charlotte, which was helpful in cultivating a following that translates to music, but also leads some to feel they can be disrespectful to her as a woman. A simple post or a #BussItChallenge video often leads to the worst kind of responses. She reads all the comments and DMs, if only to know who to get rid of.

“You know how many people I done blocked?” she asks. “If you will go to my Twitter and click on blocked, there are so many names, because I don’t like that shit, that’s disrespectful to me. Just because I’m a stripper and they feel like they can talk to me however they want.”

She’s quick to shut down the disrespect and channel it into her raps, making each new release that much stronger and more visceral.

She’s also driven by tragedy. In December, one of her closest friends, Jontavius Hall, also an up-and-coming local rapper, was shot and killed in north Charlotte. Hall had told Marti she should be rapping long before she actually got inside the booth, and just before he passed he had recognized her come-up, predicting she was “about to take over,” she says.

“That’s all I keep hearing in my head,” she says. “Any time I want to give up, or I don’t know what to say, I’ll just be like, ‘Aight, what Jon said,’ because he really believed in me, he supported me in the fullest.” 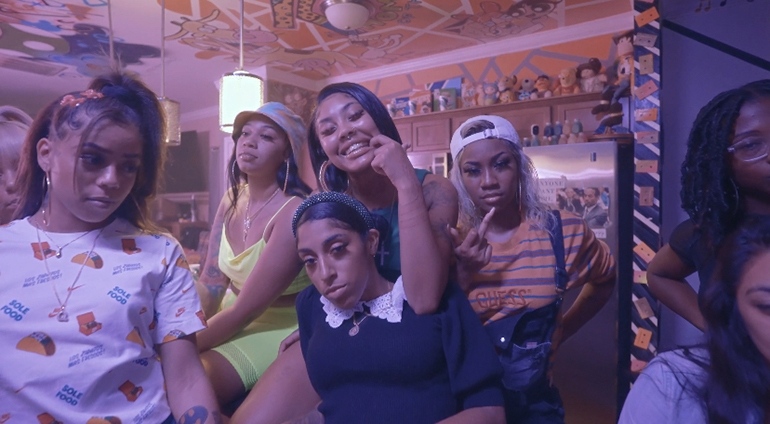 Now with her InSynction fam behind her, Farrahgamo says she’s “moving forward” in 2021, because what was once just a hobby born of buzzed boredom has now become a passion that means everything to her.

“It’s to the point, it’s starting to bring me peace. Everything that I got going on right now, my mind is fucked up, so music is really bringing me peace at this point,” she says. “The only thing we can do at this point is move forward. I’m just fittin’ to take off. I can’t keep crying, I’m just gonna have to take off.”

Check out Sync Vol. 1, the new album from InSynction Music that dropped Jan. 25.

Savage Love: Is My Boyfriend a Good Egg?

The Seeker: Time Affluence For the Overachiever 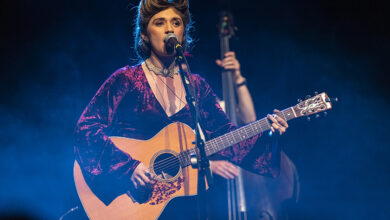