In the fall of 1936, Franklin Roosevelt was running for his second term as president, and Elizabeth Randolph could not wait to vote. The young schoolteacher, who would go on to a long, distinguished career in Charlotte-Mecklenburg Schools, had just started teaching in rural Rutherford County, west of Shelby.

“I was just all excited,” she explained many years later. “I said, ‘Oh I’m going to get a chance to vote for President Roosevelt.’”

She was in for a rude surprise. “When I talked about it at school, the teachers were saying ‘You’re going to do what?’” she continued. “I said ‘I’m going to vote for President Roosevelt.’ They said ‘You aren’t going to vote for anybody. They don’t let Black people vote up here.’”

Legally, Rutherford County officials could not block Randolph from voting simply because she was Black. The Fifteenth Amendment to the Constitution, ratified in 1870, made that clear: “The right of citizens of the United States to vote shall not be denied or abridged by the United States or by any State on account of race, color, or previous condition of servitude.”

But the elite white men who dominated North Carolina politics had devised a way around that mandate: a strategically applied “literacy test” that allowed them to suppress Black voters and thus control state government for most of the 20th century.

Voting restrictions such as literacy tests have historically been justified by the claim that only certain people “deserve” to participate in democracy. As Triangle-area professors James Leloudis and Bob Korstad ably document in their new book Fragile Democracy:The Struggle over Race and Voting Rights in North Carolin (UNC Press, 2020), arguments over who “deserves” to vote are closely tied to struggles over whose interests government should serve.

Early in U.S. history, restrictions were economic — most states limited full political participation to men who owned significant amounts of property. As a result, both state and national governments remained in the hands of small groups of wealthy white men who used government to support their own political and economic interests.

Expanding democracy jeopardized that endeavor. After the Civil War, for example, North Carolina’s white elites sought to resurrect their fortunes and reshape their defeated state by using government to help expand commercial agriculture and promote industrial growth. The Black voters who had emerged from slavery threatened this hold on power.

Following Emancipation, African Americans moved straight into politics, eager to challenge racial and economic privilege through measures such as funding for public schools, caps on interest rates, and strong support for voting rights. When Black folks joined forces with like-minded whites — the cotton mill workers and small-scale farmers who were getting the short end of the stick in the South’s economic reconfiguration — the combination created a transformative political force.

One such alliance formed in the 1890s — a “Fusion” coalition that won control of state government in 1896. White elites lashed back with a violent white supremacy campaign that sought to break the Black-white alliance by smearing African Americans as foolish, vicious, and dangerous — especially where white women were concerned.

In 1898 that campaign won white elites a narrow victory, a dominance underscored a few days later by the Wilmington Massacre, in which an armed group of white supremacists overthrew the city’s elected government in the only coup d’etat in American history.

Once back in power, wealthy whites pushed through an amendment to the state constitution that included the statement: “Every person presenting himself for [voter] registration shall be able to read and write any section of the Constitution in the English language.”

Although the amendment did not mention race, the local officials responsible for enforcing it gave easy tests to whites and far more difficult tests to Blacks. Black voting levels plummeted. In 1903, for example, African Americans made up 39% of Charlotte’s population, but only 2% of registered voters.

Elites bolstered the idea of white supremacy by erecting an elaborate web of discriminatory “Jim Crow” laws that not only kept African Americans separate and unequal but also promoted an illusion of white solidarity that discouraged white workers from challenging the racial or economic status quo.

“Most Americans — certainly most white Americans — think of Jim Crow simply as an expression of prejudice and discrimination,” Korstad and Leloudis write. “But it was much more than that: Jim Crow was a system of power and plunder that concentrated wealth and opportunity in the hands of the few and mobilized racial animosity in defense of that accumulation.”

This new order did not go unchallenged. African Americans watched and waited, seizing opportunities where they could. In 1920, when women won the right to vote, a well-organized group of Black women showed up to register at courthouses across the state, taking local officials by surprise. Heartened by the New Deal, thousands of other Black North Carolinians registered to vote, especially in the state’s larger cities.

In 1947, newly unionized tobacco workers in Winston-Salem helped elect Kenneth Williams to the city’s Board of Alderman, making him the state’s first Black elected official since the 1890s. More tentatively, liberal whites such as UNC President Frank Porter Graham began to advocate for improving opportunities for African Americans and working-class whites.

Defenders of the status quo pushed back, most dramatically in 1950, when Frank Porter Graham and conservative lawyer Willis Smith contended for a Senate seat. Graham was well ahead until a group of Smith supporters, which included future Senator Jesse Helms, launched an updated version of the white supremacy campaign, claiming that the federal government was on the verge of taking jobs from white workers and giving them to Blacks. “White People Wake Up Before It’s Too Late!” one campaign flyer read. “Frank Graham Favors Mingling of the Races.” Smith won.

As the civil rights movement unfolded, racial struggle also produced a dramatic shift in party loyalty. The hard work of civil rights activists built Black voting strength and solidified Black ties to the Democratic Party. In response, Jesse Helms led an exodus of “New Right” white conservatives from the Democrats to the Republicans. North Carolina’s Democratic Party, once the domain of white elites, became the party of white liberals and African Americans. The Republican Party, once the party of Abraham Lincoln, became a stronghold of white conservatives.

This new political era saw less violence and fewer overt appeals to white supremacy. But efforts to preserve old hierarchies continued. A series of legislative maneuvers ensured that rural counties would maintain their outsized influence in the legislature, at the expense of the rapidly growing cities of the Piedmont region.

“You needed that job and you were the best qualified,” the ad stated. “But they had to give it to a minority because of a racial quota.” Once again, the strategy worked.

Fragile Democracy extends into the present, detailing the past decade of efforts by the Republican-dominated North Carolina General Assembly to minimize Black voting strength and magnify the power of white conservatives. One such endeavor was House Bill 589, which carried on the old tradition of limiting who could vote.

HB 589 required voters to present a state-approved piece of identification before voting, reduced opportunities for early voting, and allowed counties to reduce the number of early voting sites and the hours they would be open. Although it never mentioned race, a court decision would later conclude that the bill targeted Black voters “with almost surgical precision.”

These efforts were cloaked by the old implication that only certain people “deserved” to vote — that North Carolina residents who had trouble obtaining the required identification or reaching a far-off polling place simply lacked the initiative required of responsible citizens.

At base, HB 589 also had the same, old goal — protecting the powerful.

“Republican lawmakers did not seek to disenfranchise Black and Hispanic voters simply because of their skin color,” Korstad and Leloudis write. “They understood that those voters are — now, as in the past — crucial to the formation of progressive alliances that cut across racial, ethnic, and class divisions and promote an expansive vision of what democracy looks like . . . The problem on Election Day is not that these people will commit voter fraud but that they will use the ballot box and the machinery of government to make claims against the private hoarding of wealth and privilege.”

The Charlotte Mecklenburg Library will host an online author presentation about Fragile Democracy on October 15, the first day of early voting in North Carolina.

The authors have created an an online exhibit for Fragile Democracy. 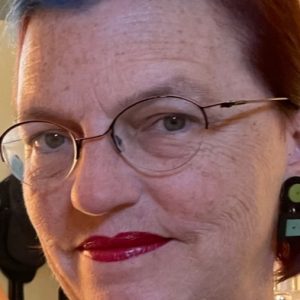 5 Things To Know: Quarterly Stats Show Violent Crime in Charlotte on the Rise

Voting Is Just the Beginning. Civic Engagement Is Key.