Although gold was found in California in 1848, the westward stampede of prospectors was not the first gold rush in U.S. history. That honor goes to North Carolina, the site of the Carolina Gold Rush. The discovery of gold in North Carolina began with the tale of the unidentifiable nugget, and as with so many other aspects of local history, was built up on the backs of an enslaved Black population.

The majestic Queen City skyline overtops a crisscross of underground mining tunnels. South End may be dotted with bars and breweries now, but one hundred years ago, it was an industrial plantation that sacrificed Black bodies for the sake of gold rocks.

In 1799, a 12-year-old boy named Conrad Reed found an unusual 17-pound “yellow rock” while bow-and-arrow fishing in Little Meadow Creek on his family’s farm in Cabarrus County. Conrad was the son of a former Hessian soldier named John Reed, born Johannes Reidt, who settled the area as a farmer after the Revolutionary War. His discovery was a big one, but would not lead to a rush on gold mining in Mecklenburg County for many years.

After the boy retrieved the rock and carried it home, neither his father nor a local silversmith could identify it. John Reed used the rock as a doorstop for three years until 1802, when he took it to a swindling jeweler in Fayetteville who purchased the gold nugget for $3.50 — one week’s worth of wages. The true value of the nugget was closer to $3,600.

Furious by this deception, Reed returned to the jeweler for additional compensation and later organized a small placer mining operation in 1803. Reed and other Piedmont farmers randomly dug holes on their property and conducted haphazard gold panning in streams and creek beds. The growing frequency of gold discoveries in the 1820s and 1830s set off a southward migration to the Carolinas.

North Carolina had the golden touch, but that gift was unearthed by Black hands. In the decades before the Civil War, 5% of all enslaved people in the antebellum South worked in industries such as coal, iron, textiles, and mining — comprising 25-50% percent of the labor force.

To maximize profits, some slaveholders would send their workforce to the mines during the growing season before the harvest and the off-season between harvesting and planting.

A mining agent placed an ad in a Charlotte newspaper in 1835 that read, “I wish to hire from 15 to 25 NEGROES, to be employed in the Gold Mines near Charlotte. The highest price will be given for good hands; and those having some experience in the business will be preferred.  Gentlemen having slaves whom they wish to hire advantageously, will please call on me.”

One might think that the last rush played a role in naming another local institution: the UNC Charlotte 49ers. Thats not the case, however. While the school’s mascot, Norm the Niner, is in fact a miner, the school was actually named for the year it was founded in 1949, when Bonnie Cone led efforts to officially establish Charlotte College in place of the Charlotte Center, which had served WWII vets.

Gold mining in Mecklenburg County picked up when the focus shifted from streambed mining to the more effective and more costly underground excavation process. Enslaved men, women and children were forced to join local whites and recent immigrants in mining operations around the county.

Southern elites preferred enslaved labor over foreign workers due to antislavery sentiments in Europe and because, as stated by the Mecklenburg Mining Company, operations involving foreign labor were “liable to be stopped by a turn out of English miners for higher wages, as they will at time[s] do.”

Even when white miners were the ones digging up gold, they did so on the backs of Black labor. The Mecklenburg Mining Company, among others, used enslaved people to cut timber, build fences and dams, and farm crops such as hay, corn and oats to feed white miners.

In 1838, the Capps Gold Mine on Beatties Ford Road employed 28 enslaved men and 10 enslaved women. Four enslaved people mined an estimated $100 in gold every day on Major Jonathan Harris’ forced-labor plantation, according to a June 1829 edition of the Raleigh Star.

It was dirty and dangerous work, but it held possibilities. Miners were often paid in gold, and at times, enslaved miners were able to keep some of what they earned—by contract or by sleight of hand.

An English geologist who visited North Carolina in the 1840s noted that although enslaved workers “appeared to be submissive in their manners and to work very hard,” they kept gold for themselves whenever they could.

For those attempting to flee slavery, bustling mine camps and underground mining tunnels could be good hiding places, as well as potential sources of income. “Runaway” advertisements frequently suggested that enslaved fugitives might be found near gold mines.

For example, Nicodemus, a 29-year-old described as “5 feet, 6 or 7 inches high, dark complexion, a scar on one of his cheeks,” escaped from Capps Gold Mine in 1829.

Carolina gold mining continued even after California joined the Union in 1850 following its own well-documented gold rush. The Rudisill Gold Mine Company opened the Rudisill Hill Gold Mine at what is now 317 West Summit Avenue in Uptown Charlotte in 1878.

The last mention of mining activity at Rudisill that appeared in the Charlotte Observer was in August 1942. In September 1965, Mint Museum Director Robert Schlageter decried Charlotte’s “lack of awareness for its history” while criticizing the renaming of Gold Street to Summit Avenue.

Jared Moon: “What’s In a Name: The Story Behind UNC Charlotte Becoming the 49ers” 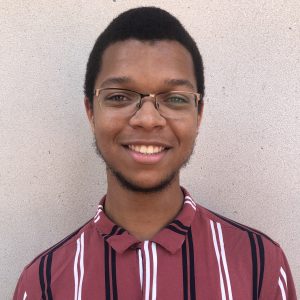