BORN THIS WEEK: You like things tidy, with no loose ends. You also enjoy research and would make an excellent investigative reporter or scientist.

ARIES (March 21 to April 19) The typically tidy Ram or Ewe might want to butt out until things are settled on the home front. But get involved and let your Ovine sense of order help restore domestic tranquility.

TAURUS (April 20 to May 20) The Bovine’s flair for fine-tuning complicated fiscal dealings comes in handy when an unexpected financial problem arises. Stay with it until it’s resolved to your satisfaction.

GEMINI (May 21 to June 20) Family aspects remain strong. There might be some unresolved difficulties, but continued attempts to smooth things over eventually prove to be successful. A major purchase looms.

CANCER (June 21 to July 22) A promise that was made but never kept suddenly re-emerges in your life. You now have to decide if you’re still interested in what it offers or if you’ve moved past it.

LEO (July 23 to August 22) Romance comes to unattached Leos and Leonas who have been waiting for Cupid to target them for far too long. Domestic purr-fection is also enhanced for paired Felines.

VIRGO (August 23 to September 22) You need to take a much-needed break from that demanding project before too much energy-draining tension sets in. And don’t be ashamed to ask for help.

LIBRA (September 23 to October 22) Change makes demands that you might find unwelcome at this time. But instead of concentrating on the short run, look toward potential benefits down the road.

SCORPIO (October 23 to November 21) You have a gift for reviving projects that seem beyond repair. Use that same ability to restore a relationship that seems to have turned from loving to lifeless.

SAGITTARIUS (November 22 to December 21) Expect to be asked to use your combined wisdom and humor to resolve a problem. After all, folks not only value your advice, they also like how you give it.

CAPRICORN (December 22 to January 19) Most people consider you solid and steady. But you also can be quite capricious (which is a Latin word for “describing the behavior of Goats”) when it suits your needs.

AQUARIUS (January 20 to February 18) People treat you as you wish to be treated. So if you want a change in your relationship, make it happen. Also expect someone to reveal some long-held secrets.

PISCES (February 19 to March 20) Stay with the decision you made, despite a sudden torrent of advice to the contrary from well-meaning people. Remember: You know your needs better than anyone.

HB 805 and Its Impacts on Protesters in North Carolina 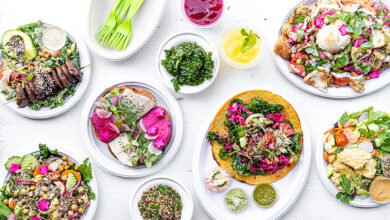 22 New Year’s Resolutions You Can Accomplish in Charlotte