There came a point at which I didn’t want to feel anymore, so I welcomed the darkness. Except, it didn’t take me under. Instead, I woke up. Literally. Figuratively. Despairingly. Thankfully. And I’ve woken up every day since, even on days when I haven’t wanted to.

I guess that’s the spoiler alert to this story. A headline might read: “Man Who Wanted To Kill Himself Did Not.” Equal parts dark comedy and tragedy. But I’m standing here today because God’s desires for my life outweighed my desire to stop living it.

I am a suicide attempt survivor.

Twenty-two years ago, I was like most college kids: wanting to do big things — achieve big, live big, drink big. I put pressure on myself to achieve. I transferred from a small, private college to a big-name state university, and like most kids without a lot of direction or frontal-lobe development, I poured myself into the party scene on campus.

When I showed up for class, I did really well. The hard part, of course, was, showing up. I much preferred polishing my potential to imbibe. I did really well at that, too, and somehow, I always showed up for it. The more I partied, the more I thought. The more I thought, the tighter the noose constricted around my mind. I read a lot of thought-provoking literature like Zen and the Art of Motorcycle Maintenance, Still Life With Woodpecker and Herman Hesse’s Siddhartha.

I lived inside my head, which, as it turns out, came at a much higher cost than tuition.

In fact, the school made some decisions for me, and the next semester, things fell like dominos. I was asked not to return to campus. Boom. I couldn’t return home. Boom. I got a job helping to build a steel mill. Boom. I was faced with tough working conditions and daily, pride-shattering verbal beatings from construction workers. Boom.

As the dominoes fell, I retreated further and further into myself and the faux comfort of my own head. Depression does its most masterful work in isolation, and did it ever have a heyday with me — sadly, miserably alone. My options looked bleak and my self-worth was non-existent. A comfortable escape from this life seemed like the most favorable course of action. 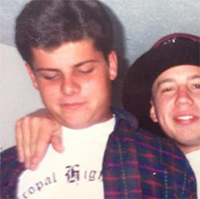 With my thoughts taunting me, I swallowed a toxic quantity of pills and slipped into unconsciousness hoping to never open my eyes again. I wanted a departure from my own heart, which had been beating in my ears. But God had other plans for me. As my eyelids flickered open, I expected to see the afterlife, but instead, I stumbled behind the wheel and made it to a safe haven in Siler City. How I got there, why I got there, what I was thinking; it’s all darkness. The only two things I know are that I did not kill myself (despite my best efforts) and I didn’t kill anyone else (mercifully).

When I arrived to Siler City, my brother-in-law took me to the local hospital, where the contents of my stomach were pumped out. Unfortunately, the thoughts that had been polluting my mind and the depression and malaise that were clogging my soul were left right where they’d been. And so, like many people do following a failed suicide attempt, I shoved it all way down deep and got back into school. The show had to go on, despite a loose grip on my mental health and the knowledge that my life was still falling apart.

I hid my pain under layers and layers … and more layers of alcohol. What started out as fun social drinking with others quickly turned into a game of chasing the buzz each time I arrived home. That search quickly spiraled into misery, as I would drink alone and the devil would came out of me.

Fueled by Red Bull and vodka (heavy on the vodka, light on the Red Bull), I let the worst parts of myself out to play. I had recently ended a relationship amicably, but the alcohol told me that if I didn’t burn it to the ground, I hadn’t ended it well enough. I made sure to leave it decimated. I hid empty half-gallons of my liquid oblivion in nooks and crannies of my home, stumbling out of the house at 3:30 in the morning to throw them away. I couldn’t do away with the damage they left behind.

Then the light came in. I reconnected with Beth, an 8th-grade classmate who I’m now favored enough to call my wife. Things began to make sense in my world, and I was motivated to be the man that she saw in me. She knew about my past, and still, she loved me and wanted me. However, the tentacles of depression and anxiety fought to keep me in their grasp. Sure, they would go into remission for moments at a time, but they wouldn’t go away. The more I drank, the more I was reminded that they were there lurking in the shadows of my soul.

I slipped back into my old patterns, and I let my addiction pick up where we left off. Since my office is detached from our home, it would lure me away from the sanctuary of my wife and our house and lead me into that cave — coaxing me with alcohol, then attacking me with doubts, anxiety, fear and despair. I became masterful at hiding it inside a large Yeti cup meant to keep me hydrated, instead keeping me anchored to my disease. 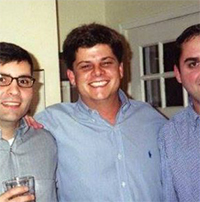 Two to four ounces of vodka cut with plenty of cranberry juice quickly morphed into a tumbler full of vodka and a hint of cranberry. Suddenly, my friend Alcohol wasn’t providing the relief he once had. The anxiety was beginning to overtake the buzz, and I was self-medicating inside a vortex of shame, depression and addiction.

A doctor prescribed me Xanax, which kills a hangover, so instead of feeling the weight of my drinking, I was removing all consequences and setting myself up for an empty highway of consumption. By lunch I would have the shakes and need find a drink. By 2014, I was hearing my words begin to slur even when I felt sober.

I wanted to go to rehab, but the program I’d chosen was six months long; the commitment was too great. For me, the desire to seek help felt like an active step in and of itself. It was another eight months before I took the next step (the real first step) that I needed in order to end the tyranny of my addiction. I’m thankful every day that my “rock bottom” was on such elevated ground. Beth is my entire world, and I realized that if I continued to stumble down the rocky path I was on, I would lose that world.

On October 5, 2015, I stepped into my first meeting of a 12-step program. Naturally, like with any diet, I had more than one “last hurrah” feast before I walked in. But the minute I did, it felt like exhaling for the first time in years. Jacques Cousteau spent his life masterfully living in two worlds – above and under the sea. He felt at home in both, but his truest self was most alive when he was free under the water.

Similarly, I could, in my mind, exist in both sobriety and addiction, but it wasn’t until diving into the waters of my first meeting that I was free, unencumbered by the burden of addiction pressing down on me. Just like Jacques had to learn to operate his equipment before he could be at home in his aquatic chapel, I had to learn tools to manage and release my anxiety that didn’t include grappling for a handle of booze.

I’m approaching the fourth anniversary of that first meeting, and I think often about the life that I’ve lived between those three years. I also reflect on the day that I tried to cut myself off from experiencing any of them. I would turn off The Wizard of Oz before Dorothy experienced Technicolor. But more than that, I tried to “unsubscribe” from the life that God has specifically and purposefully laid out for me.

I’m still a work in progress, and I will be until I’m laid to rest. There are still long stretches of my memory associated with stress and pain that I seem to have opted out of. Periods of blank spaces. But now, I trust the higher power who sculpted my lungs and refused to stop them when I tried to. I know that the story God has written for my life can’t be overwritten by the pain I have walked through or the pain that I have caused.

I know that while addiction could be considered a “manufacturing failure” if we were just robots rolling off a line, it has become a launchpad for me to help others. I’m standing here aware of every beat of my heart, welcoming it — joy, pain, sorrow, hope — because it means I have the opportunity to feel, be, improve and live.

If you are in crisis, please call the National Suicide Prevention Lifeline at 1-800-273-TALK (8255) or contact the Crisis Text Line by texting TALK To 741741. This Queen City Nerve essay by Michael Solender also offers some more localized resources. 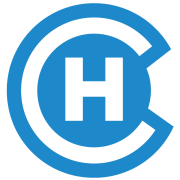