When I finally met Kaja Dunn, a UNC Charlotte professor who also works as an intimacy choreographer for TV, movies and theatre, I felt a familiar energy — as if we had already met.

When I met her on campus one recent afternoon, Dunn asked if we could sit outside, as she felt like she really hadn’t “felt the sun” lately due to her intense schedule. She was still mentally two hours behind, as she had just gotten back to Charlotte on a red-eye from Denver to spend Easter with her sons (Ian, 12; Zeke, 8; and August, 5) and in the midst of traveling, one of the Broadway plays that she is working on stopped production temporarily thanks to “a number of things.”

I and everyone who has been through the pandemic could relate.

Luckily, Dunn was able to hold some space for me to talk about how she came to work as an intimacy choreographer, which describes someone who consults with actors about their movements in sexually or emotionally-charged scenes on stage or screen.

Until recently, I didn’t know her job position existed, but after sitting with her I learned why people like Dunn are vital to the acting world.

During our time together, I was impressed at how Dunn was so seemingly present, at one point stopping to help a struggling janitor move through the door leading to the courtyard where we were headed. Perhaps it’s surprising to see someone so in the moment when they have so many things going on at once.

In the week leading up to our meeting, Dunn had to fly to New York for the relaunch of Strange Loop, a Broadway musical she’s been working on, for two days before heading to Denver for two previews of a musical drama called Choir Boy, another one of her works. From there, she went to observe the production of the final chapter of The Best Man series, which is set to premiere on NBC’s streaming platform Peacock sometime this year.

And that’s not even her day job. Dunn also works as an assistant professor of theatre at UNC Charlotte, and is an actor, director and activist. She is the head of The Equity, Diversity, Inclusion, and Intimacy Initiative (EDIII) for Theatrical Intimacy Education and a consultant on race for Actor’s Equity Association, not to mention an executive board member of the Black Theatre Network and a former board member of the Black Theatre Association.

“It all seems very … action-packed,” I said of her schedule as we walked.

She laughed and responded, “Right, but then there was no work for two years, right? So now all of a sudden, it was this very exciting thing of … Yes! These are dream projects! Literally like every dream project but they all started on the same day.” 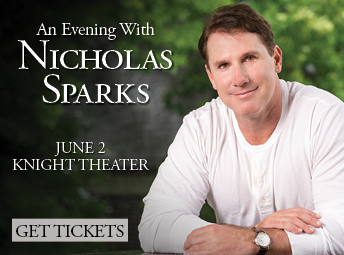 Dunn has presented at numerous institutions, including Princeton University and Spelman College. She has published academic articles and taught internationally about equity in the arts and liberal arts. Her current primary research focus is on using theatre to facilitate complex cultural conversations and reimagining theatre training for actors of color.

“I mean, this is not normal… I’m still teaching,” she said of her jam-packed workload. “My students are very understanding though. I was happy to have had a few helping hands.”

Those helping hands, folks who stepped in to help Dunn by teaching her class when she was away on jobs, makes for an impressive list in itself.

“I don’t feel like my students are missing out,” Dunn said, “and this actually in some ways feels more balanced because I’m able to create spaces where things exist.”

Another one of the helping hands that Dunn referred to is Chelsea Pace, leading intimacy choreographer/coordinator and co-founder of Theatrical Intimacy Education.

Pace is best known in her field for writing a book titled Staging Sex: Best Practices, Tools, and Techniques for Theatrical Intimacy, which gives practicality to solutions for staging intimacy, nudity, and sexual violence.

Dunn is working as Pace’s associate on Strange Loop and is co-lead with her on The Best Man.

A simple way that Pace describes the role of an intimacy choreographer is to “make things less weird,” but for Dunn, there’s a lot of research and teaching that goes into that seemingly simple mission.

She used a recent scene she worked on in Choir Boy, a play about a young Black gay man who finds his voice in a choir at an all-boys prep school, as an example of what that work looks like. She called it “the most beautiful scene I’ve ever done.”

“So, we do a scene in the round where a shower comes down over the whole stage. It was originally in a shower stall so you see a kiss, you see them go in the shower and then you see it punch out, but with this (scene) you see everything, right?”

Dunn wanted to display elements of consent, care and safety in a way that made them look like teenagers and not two grown men, and did so by angling the characters’ bodies in a way that represented that.

It sounds simple enough, but it is a delicate approach that’s inspired by how people see Black bodies in intimate situations, historically. Dunn said Pace has a saying for how they approach scenes like the one in Choir Boy: “Pleasurable, instead of being sexualized under a male gaze.”

Dunn’s work is important because, as in journalism or any other field, representation matters.

“People don’t see Black boys or queer kids as children, so where I think things are sort of synchronized is my research around race and tropes helps me think through ‘Okay, what do I want this choreography to look like,’ because it is a sensual scene, right? But it’s also two teenage boys who haven’t had a lot of experience.

“Speaking for Black, Asian and indigenous people … what are the colonizational tropes? “ she continued. “And when you know that, what you can take into choreography is how you can tell a different story,” she told me.

I asked her how she, as a Black woman, navigates in a space where important aspects of race and gender have for so long fallen into tropes or stereotypes.

She nods to authors like bell hooks and Audre Lorde, as well as writers like Adrienne Maree Brown who work in what is called pleasure activism.

“In some of the more ‘professional’ settings and environments, the assumption is that I should be grateful or that I’m getting a hand up rather than being in the room because it was earned,” she said.

Women are not exempt from being mocked or belittled for simply existing in any line of work, it seems.

“There’s misogyny, supremacy, people being patronizing and classist, but being genuine and doing the work will get you far,” she said.

Regardless of the obstacles, Dunn stays true to her motive: giving people a more humanized and grounded perspective on Black love and intimacy.

“And SADNESS!” she echoed. “But we have fun and we’re silly and, yes there’s trauma, but that also means that when we are tender with each other it’s really rich and nuanced and that’s in Blackness, but even thinking about Asian women in culture and showing agency … showing Asian men and indigenous men as sex symbols and not showing them serving a white protagonist.

“If I do my job well, the audience isn’t gonna go, ‘Wow, they’re upending two centuries of sexual and racial tropes!’” she continued, laughing. “But they will see beauty and they’ll see it as an expression of what has existed, right? For me, it’s about seeing what exists, what makes people unique and beautiful, what exists in each culture that is unique and beautiful, and because I’ve always been on the margins, I know to ask, ‘What am I not seeing and what do I not know?’ If you are marginalized, you have to figure out, how do I enter this room? That’s like code switching right? All I’m doing is asking the question in every scenario that I enter, even if I choreographed two white people, I’m thinking about, ‘What are their stories?’ But I also know when I enter into race, there are things that I need to ask that are culturally specific. I need to know how the culture works; what are the fables, the lore, the mythology of this culture and how can I echo that in my work?”

Not only does race play a large role in Dunn’s work, but gender as well, which sounds obvious but goes deeper than you may think. There’s a thin line between intimacy and violence, after all.

“We were told in my early acting classes to go make out in a corner to get more comfortable, right? But you wouldn’t give two people swords and say ‘Okay, now go attack each other’s groin!’ because everybody understands that’s violence. It’s just really about care and consent.”

That applies onstage and off. An important part of Dunn’s work is making sure things stay professional, and that can be as simple as teaching proper verbiage and keeping closed sets.

“Don’t use words in work that you would use in the bedroom,” she said. “You say ‘groin area,’ and kisses are put to a count, like a four-count measure. These tools are important to tell a story well.”

So how does someone decide that they want to be an intimacy choreographer when they grow up? After all, it’s not the type of job one thinks of when they consider routes into show business. Dunn grew up with a more conventional dream to become an actress.

Her other passions — social care, counseling and community engagement — are what created a foundation for her becoming an intimacy choreographer. For her, it felt like a natural extension.

Laura Rikard, founder of Theatre Intimacy Education, invited Dunn to speak on a panel discussing consent and diversity in the classroom and additionally working on safe spaces for theatre students of color, theatre training and pronoun use or sexuality. That experience got her  thinking about her own training and experience in theatre — mainly, what didn’t work. That’s how she began to learn more about intimacy choreography.

“The ethos of collaboration and community is important” she says, “and without intimacy, sexual or otherwise, we won’t understand the full humanity of people. Intimacy is all of my favorite parts of theatre — it’s the research, the directing, the collaboration, working with actors and taking care of people, which is essentially a part of my teachings and all of that coming together and telling a story.”

It’s clear that Dunn loves her job, and that’s important when your job is to help others convey love in its most raw form.

'Sleeping Beauty' Rings in a Reawakening for Charlotte Ballet

A ‘Mean Girls’ Miscommunication Between Women 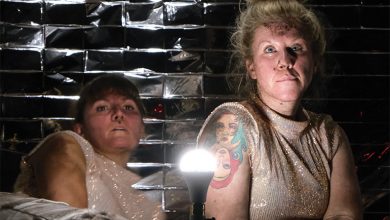