Jon Dressler, cofounder of Rare Roots Hospitality (RRH), which runs Dressler’s, Dogwood Southern Table, The Porter’s House, and Fin & Fino, could read the writing on the wall as he closed his restaurants early two days before the governor put a stay-at-home order in place.

Dressler’s reasoning involved the health of his employees — both physically and financially. “I just felt it was coming, and I wanted the people to get unemployment before there was a big rush,” he said.

His thoughts upon hearing the order announced later that week went to his RRH family: “I don’t worry about things I can’t control, but the thing I have worried about since the beginning of this is that I have 242 employees, which translates to 242 families that I am personally responsible for, and that’s a responsibility I don’t take very lightly. The big deal for me was making sure people knew how to file for unemployment, how to get off unemployment, and to keep certifying. We’ve been providing family meals for our staff three days a week and we provide two meals on those three days, as we’re trying to do whatever we can to make sure people have money and food to put on their table.”

He’s currently still staffing 160 employees at his five Charlotte-area locations, as the rest chose unemployment. To help cover his losses and keep those employees paid, he took out a Paycheck Protection Program loan through the Cornelius-based Aquesta Bank that he does business with. He mentioned he got in early and “they were fantastic” in pushing it through.

There have been starts and stops with the business since the pandemic hit North Carolina. Initially, he closed all restaurants for a week to assess, then reopened for three weeks. Dressler heard from many employees who had become burnt out by the coronavirus news cycle, so he closed again to allow for self-care, then reopened when his employees were ready to get back to work.

From Dine-In to Curbside

His restaurants are currently open for curbside pickup from 4-8 p.m. on Tuesday-Saturday, but with most of his venues used to leaning on fine-dining concepts, business has been hit hard. All in all, RRH is doing just 10-20% of its usual sales, Dressler said.

“We are a dine-in experience, so people enjoy the food, but they also enjoy the service and the ambiance,” he said. “We haven’t been able to provide that, so while we’re able to provide food for the people, not having that experience has been a big deal.”

Adjusting to the times, Jon Dressler has lowered dinner prices, passing his own lower costs for carryout service on to the customer. (I bought takeout Saturday night and was amazed at not only the quality, but the amount of food I received for the price.)

“Our menu doesn’t necessarily play to a lot of carryout when we’re open, but the world has shifted and everyone is doing carryout because it’s the only option that you have,” he said.

A major piece of the RRH losses stems from the drink programs that can no longer operate. Dressler mentioned that the restaurants have had success selling drink kits that include everything but the alcohol, but it’s only a fraction of the usual alcohol revenue.

“When you’re doing 10 to 20% of your normal business, by definition you have an 80 to 90% opportunity lost,” he said. “Alcohol drop-offs are just one of those things.”

A recent bill introduced in the North Carolina General Assembly looked to relieve some losses for restaurants by allowing mixed drinks to be sold by delivery and carryout, though the provision was removed before the bill was passed through the N.C. House and Senate.

Getting Ready For What’s Next

RRH has strong relationships with local purveyors including farmers. Dressler mentioned they are doing their best to continue to support local farmers even with limited sales but, “We’re not able to support them in the matter that we’re accustomed to and they’re accustomed to.”

That’s really a summation of this entire crisis: It’s not just the individual businesses, but everyone they do business with along the chain that’s suffering.

As for where he goes from here, he mentioned he’s waiting for guidance from the health department and the governor’s office, which recently unveiled a three-phase plan to begin reopening the state that could begin rolling out this week.

“Whatever they tell us, we’re prepared to implement,” Dressler said. “We’ve got protocols in place for everything including sanitation and safety. We’re just getting ready and waiting.”

In forecasting the future, Jon Dressler’s projections show a 50-60% loss on the year. He believes he’ll keep the carryout offerings coming, and is currently working on a family meal dinner program for four that includes salads, entrées, and vegetable courses.

“I believe you will certainly see a shifting in dining patterns,” he said, looking ahead.

He plans to shift to meet those demands, whatever comes next.

Opinion: Anti-Abortion Protesters Are Not Counselers and Not Essential 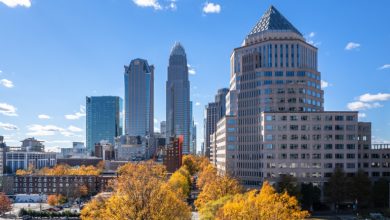