For Legion Brewing co-owner Phil Buchy, 2020 was an exhausting year. Now with only three months down, 2021 isn’t looking much better. The pressure of guiding his 6-year-old brewery through the twists and turns of a pandemic, now coupled with an aggressive 2021 expansion plan, is starting to wear on his normally sunny disposition.

“I haven’t taken a vacation in two years,” he explained over Zoom. “They say if you do what you love, you never work a day in your life. And I’m definitely there. But I would still like to take a vacation someday!”

A sabbatical seems unlikely in the short-term, given Legion’s plans to open a pair of new taprooms and a scaled-up production facility over the coming months. For the Charlotte beer community, it feels like these upgrades have taken an eternity to arrive.

It was the summer of 2019 when the brewery first announced plans for a 22,000-square-foot production brewery and taproom at 2001 West Morehead St., followed rapidly by the unveiling of a 7,900-square-foot taproom-and-restaurant concept inside the old Trolley Barn at Atherton Mill on South Boulevard. The estimated price tag for these two big bets has now swollen to $13 million.

But for Buchy, a businessman with an easy-going, shoot-from-the-hip demeanor, the size of the capital outlay isn’t that intimidating, especially in light of Legion’s remarkable growth. “Some say we lucked into our success. But I think we’ve made our own luck. We’re intentionally trying to be good at what we do and to constantly improve our offerings, our customer service, our aesthetics.”

A big part of Legion’s success hangs on Juicy Jay, the brewery’s flagship East Coast IPA, which took off like a rocket shortly after Legion’s December 2015 opening. It now comprises more than 70% of their current production capacity. The beer’s breakout success has positioned the Plaza Midwood brewery to leapfrog their larger local competitors on their way to opening a third and fourth location. Come fall, they will be the only Charlotte brewery operating four taprooms.

The two new locations were originally expected to open in the spring of 2020 (Trolley Barn) and the fall of 2020 (West Morehead Street). But the arrival of COVID-19 in North Carolina threw a wrench in those plans, along with just about everything else Buchy had anticipated for the year.

“We had very different volume forecasts before COVID,” he explained. “For example, we had always intended on canning but we didn’t realize how big a volume of beer it would require.”

Flashing back to March of 2020, Buchy recalled how the pandemic forced his team to make drastic operational changes. “We were a 100% draught beer operation. So we went from 100% maximum output to zero percent output overnight.”

Luckily, the brewery had started spinning up plans for canning over the preceding months, allowing them to quickly adapt to the new reality.

“We had always planned on canning, so we got our mobile canner (Ironheart) scheduled, and our cans ordered,” Buchy said. “We already had labels designed and we even had the relationships to get our beer out to market.”

But the shifting beer marketplace also forced his team to rework plans for their proposed openings, especially concerning the layout of their new production facility.

“Originally that space was two-thirds for the taproom and beer garden and one-third for the brewery,” Buchy explained. “But once we got to see the real data surrounding cans, we realized that we almost made a mistake.”

Seeing the grocery aisle success of Juicy Jay and other flagships, they pivoted hard, flip-flopping their floor plan and giving the lion’s share to production. They also boosted capacity plans as cans became a fixture of their operation, ballooning their original $9 million investment plan to over $13 million.

Included in these revised plans is a five-vessel, 40-barrel turnkey brewhouse, manufactured by BrauKon in Germany. Their new canning line, which will provide complete autonomy over their packaged product lines, is coming from Krones, another German manufacturer.

Buchy isn’t shy when describing the quality of the new systems. “The equipment that we’ve invested in is the Rolls Royce of brewing. There simply isn’t better stuff out there. We bought the very best.”

In a lesson in global supply chain management, Legion’s brewhouse — the foundation of any brewery, which creates the sweet “wort” that will ultimately turn into “beer” during fermentation — is currently floating across the Atlantic. The shiny heart of their new West Morehead brewery was delayed for weeks by the recent shipping snafu at the Suez Canal.

In spite of the pause, Buchy is hopeful they can get the equipment moved in by early June. “Then we’ll start the installation and commissioning process. Knock on wood, we should be brewing within a month or two after that.”

In addition to the brewhouse and canning line, the brewery is installing eight new 200-barrel fermenters in their new facility, and will be moving a number of 60- and 90-barrel fermenters over from Plaza Midwood. When complete, the new West Morehead brewhouse will scale to an eye-popping 100,000 barrels per year.

To put that number in context, 100,000 barrels is more than four times the annual output ever achieved by a Charlotte brewery, based on published numbers (as neither Olde Mecklenburg Brewery nor NoDa Brewing Company has crossed the 25,000-barrel threshold). It’s also double the annual output of regional NC powerhouses Foothills and Highland (both of which hover under the 50,000 mark). The new capacity makes a bold statement about Legion’s ambitions for the future.

The phenomenal scale of the brewery’s expansion, and the staggering costs associated with it, are not lost on the brewery’s owner.

“We’re not expanding just for the sake of expanding,” Buchy continued. “Good opportunities were offered to us and we couldn’t say no to them.” He expects it will take years to grow into the 15-times capacity increase.

When compared to their behemoth West Morehead production facility, the restaurant-stalls-plus-brewery concept at Trolley Barn almost feels quaint. But it also represents a unique experiment for adding a new taproom to an NC brewery’s footprint, primarily because this particular taproom will not carry the Legion Brewing name.

A portion of the thinking behind this decision is tied to North Carolina’s rather unique alcohol laws, which limit a brewery to operating four branded taprooms within state borders. By branding the new location Trolley Barn Fermentory, not selling Legion beers, and avoiding financial entanglements on the business side, the brewery has the potential to add a fourth Legion location elsewhere, pending state approval.

The other reason this offshoot brand made sense, according to Buchy, is it opens the door to exploration outside of the established Legion brand. “We get to have some fun there,” he illustrated. “We’re very proud of what we do at Legion, but we do have a specific brand flavor for what we do, especially with our beer. This was just a way to take all the restraints off and have intentional experimentation outside of the Legion umbrella.”

There are more creative wrinkles beneath the surface at Trolley Barn, starting with the brewing process. By migrating their flagship production to West Morehead, the brewery will free up brewing capacity at Plaza Midwood, allowing their original location to brew both smaller batch Legion beers and the new lineup of beers that will be served exclusively at Trolley Barn.

“We’re going to convert one of our delivery vans into a full-time transfer vessel by putting stainless tanks into it,” Buchy explained, which will allow Legion to avoid installing a costly third brewhouse.

The 15-barrel system at Plaza Midwood will brew the beer, which will then be transported over to Trolley Barn before yeast additions, fermentation and conditioning.

As a final novelty, products will be served from a dozen seven-barrel serving tanks, allowing Trolley Barn to serve fresh draught beer without utilizing a single keg.

The remote brewing setup, while quite unique inside of the Charlotte beer community, isn’t new for Legion.

“We actually already do this at SouthPark,” clarified Buchy. “We brew at Plaza Midwood, put the wort into a transfer vessel, bring it over to SouthPark, and then pump it into the foeders there.”

Since the “wort” will ferment into “beer” inside the Trolley Barn facility, this also means that the new location will still be considered a “brewery,” despite the absence of a brewhouse.

With 100,000 barrels of production capacity on the horizon, it would be hard to deny Legion’s regional growth aspirations. But for the moment, Buchy’s attention appears focused exclusively on the Queen City.

“We love Charlotte and we’re only focused on Charlotte,” he says. “I mean, we only distribute beer inside of the I-485 loop today.”

Due to the capacity constraints of their current Plaza Midwood brewhouse, Legion’s total output has been capped at 7,000 barrels for the past three years. It’s a cap that Buchy is eager to pop.

“When West Morehead opens, we’ll finally be able to get beer to the rest of Mecklenburg County,” he says. “And we’ve got nothing else that we’re going to do but focus on Charlotte this year.”

Buchy doesn’t mince words when it comes to identifying the cornerstone of the 6-year-old brewery’s remarkable success.

In his view, the brewery’s unique corporate culture also played a part, ensuring a consistent customer experience across their growing fleet of locations while also contributing to strong employee retention.

He holds up James Rutledge as a perfect example of Legion’s staffing continuity. “James is awesome, he’s an OG guy. He’s held more job positions in the company than anyone, including me.”

Rutledge, who started as a bartender at Plaza Midwood on day one and even spent some time on the sales team, will take over brewing operations for Plaza Midwood and Trolley Barn this summer. “Because of COVID and taproom closures, we were forced to go from 150 staff down to 15. Now we’re back to 150 again. We hired everybody back and everybody came back.”

With Trolley Barn slated for a May opening, and West Morehead trending toward a late summer or early fall debut, it could be another vacation-less summer for Legion Brewing’s fearless leader. Exhaustion aside, I doubt he’d have it any other way.

This article was published in partnership with BeerCharlotte.com, the leading source for news and information about Charlotte’s craft beer scene since 2018. 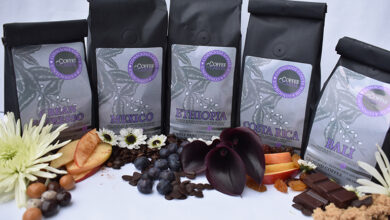 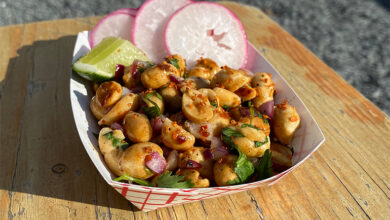 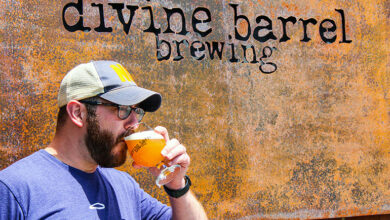 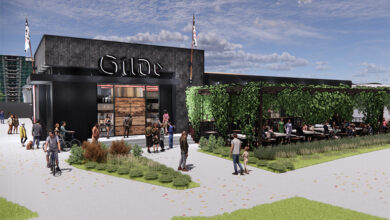