Today is Cinco de Mayo, but it’s not Mexican Independence Day. So, what’s the big fuss?

Cinco de Mayo commemorates the Battle of Puebla, a fight that took place in 1862. The battle was an important turning point in the war, because the Mexican army held off the French. Mexicans used the victory as a rallying cry against foreign intervention, and it soon became a national holiday.

Since we have the origins of Cinco de Mayo crystal clear, it must be as big of a deal in Mexico as in the U.S.

Cinco de Mayo in Mexico is a subtle holiday. Kids get the day off from school, but government offices and banks are open. Military reenactments, parades and parties only happen in Puebla. So why do Americans care so much?

It’s because of manipulative marketing campaigns.

After being culturally appropriated and misrepresented in media, Cinco de Mayo is a day for Americans to “learn” about Mexican culture while washing down their favorite, spicy, Mexican meals with beer instead of milk.

I’m all for learning about different cultures, especially the culture of our neighbors, however, let’s do it right for a change. It’s a pity to deduce a rich culture, that’s been in America longer than Anglo-Saxons, to one day of tasty foods and beverages. 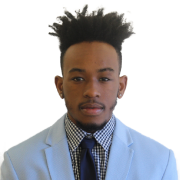