As you walk into the entrance of the Brooklyn: Once a City within a City exhibit at Levine Museum of the New South, you see the word “BROOKLYN” at the end of a pencil, the N already falling victim to erasure.

Later in the exhibit you see literal translations of the graphic: a photo of Stan Brookshire, then mayor of Charlotte, taking a sledgehammer to a home in the historically black neighborhood in December 1961; a quote from Vernon Sawyer, director of the Charlotte Redevelopment Commission, in the Charlotte Observer in May 1973 that reads, “There isn’t any more Brooklyn. We ought to stop calling it that. Brooklyn is gone.”

Brooklyn, the neighborhood that once housed more than 7,000 African-American Charlotte residents before being razed by urban renewal in the 1960s, may be gone, but the people who once called it home are not, and the story of its demolition remains as important as ever. That’s the message behind Levine’s new exhibit, which implements augmented reality technology to let museum goers hear the stories of former Brooklyn residents and view the way displacement has changed the face of Charlotte.

Brooklyn is the latest addition to Levine’s ongoing #HomeCLT series, which tells in-depth stories of Charlotte’s neighborhoods and the people in them — past and present. According to Eric Scott, director of exhibits and programs at Levine, it was the logical next step in the series, which already includes the Eastland Mall, Dilworth, Hidden Valley, Sedgefield and Enderly Park neighborhoods. (See bottom of story for a photo gallery from our tour of the new exhibit.)

“We were thinking about what to do next, and Brooklyn came to the forefront immediately,” Scott said, “not only because it’s an issue that people are talking about today concerning development in that area, but it’s also one of the most important stories in our city’s fabric.”

Brooklyn has been back in the news recently as the $683-million redevelopment project called Brooklyn Village, planned for the Second Ward in the heart of where Brooklyn once stood, has garnered heavy criticism from former residents and their families for inadequately honoring the history of Brooklyn and its displaced residents, and not including enough affordable housing and equal opportunity in its plans.

A group of advocates often attend local government meetings in matching “We Are Brooklyn”t-shirts — one of which hangs in the exhibit — to push for more inclusion in the plans for the site of the old neighborhood.

Dr. Willie Griffin, staff historian at Levine, said it was important to give people the true history of Brooklyn, especially now that it’s gaining so much attention.

“We always see ourselves as a place that has important dialogue concerning the city, and so we wanted to get out in front of everything and try to be that place where you could come and learn the real history,” Griffin said. “Many people talk from an uninformed place, so we wanted to be the place that provided all of the facts; lay everything out on the table so that everybody understands the complexity of what happened to Brooklyn.”

While before and after photos give great context to the scale of demolition and displacement that Brooklyn saw between 1958 and 1973, staff has also implemented new technology to help put it all in context. Museum goers can download an augmented reality app developed by UNC Charlotte professor Dr. Ming-Chun Lee and graduate student Aashwin Patki to help inform their walk through the exhibit.

In one clip, former resident Doretha Leak recalls how a crowd of Brooklyn residents gathered around her neighbor’s home to listen to Joe Louis fight on the radio, since no one else owned one. In another (below), N.C. Rep. Alexander recalls a culinary memory from his childhood that stuck with him.

“The technology allows us to tell the stories, make the stories more interesting, make them come to life, whereas if I’m just a historian writing a book, I’m quoting people and putting them in pages, but you can come to this exhibit and actually hear the people and hear their stories come out of their own mouths,” Griffin said, “so I think that always enlivens any kind of effort to understand an event or the history of this particular neighborhood.”

In another part of the exhibit, a large map of Charlotte sits on the floor. When using the app, museum goers can flip through interactive statistics that appear on the map, showing how different demographics changed in Charlotte between 1960 and 2017.

As Scott pointed out, the interactive graphs give more context to the formation of the infamous “crescent wedge,” which refers to the most underserved communities forming a circle around Uptown and affluent neighborhoods in south Charlotte.

“What we’re using is augmented reality to bring to life the voices of people who once called Brooklyn home, but also dive deeper into these data sets that we hear about in newspapers and read about in articles and stuff,” Scott said. “It helps to visualize this information through 3D models that jump out of these graphs. So for example, if you look at how race has changed across the city since 1960 up to present, you can see how the crescent wedge has really deepened over the last 50-plus years.”

In 2020, the team at Levine plans to go deeper with the use of augmented reality, hosting walking tours through the former site of Brooklyn in Second Ward, allowing users to see where buildings like Savoy Theatre and AME Zion Publishing House once stood. According to Scott, only four buildings of the 1,500 that made up Brooklyn still exist today.

In a city where more than 60 people are moving in every day, that sort of erasure could allow for the entire Brooklyn story to become lost in time, added Griffin, if not for the advocates pushing strong to keep the memory alive and museums like Levine that are willing to educate people.

“As people come to the city and visit the city and the city gains more national attention, we want people to be able to walk through the streets and have the history at their fingerprints so that you can see that it is all around us,” Griffin said. “You can speak in depth about how cities tear down old buildings, but that does not mean that the history is lost, and so we’re trying to go back to our original goals when we were founded as a museum to be a museum without walls, to make sure that the history is readily available and accessible to people.”

Brooklyn: Once a City Within a City will be accessible to the people beginning on Friday, Nov. 15. Regular museum admission applies.

The photos below of Queen City Nerve’s tour of the exhibit were all taken by Jayme Johnson. 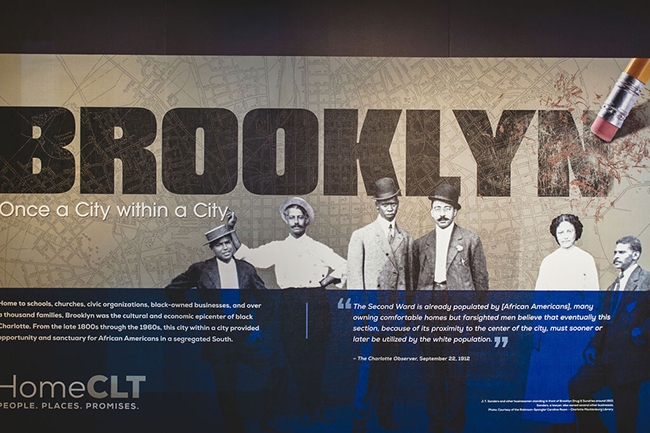 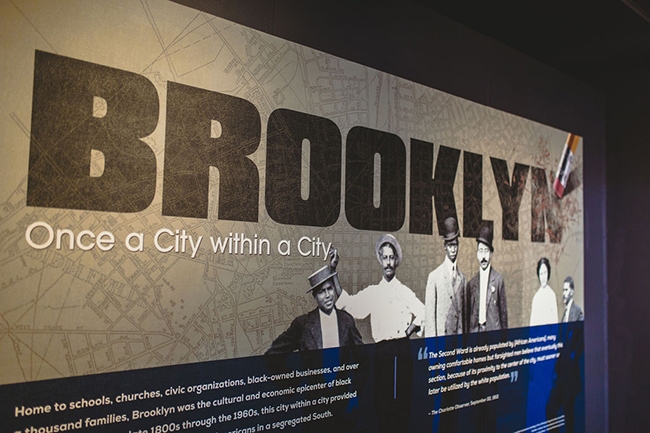 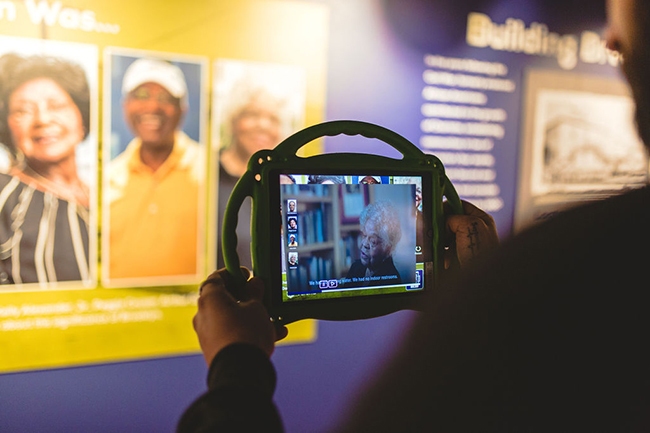 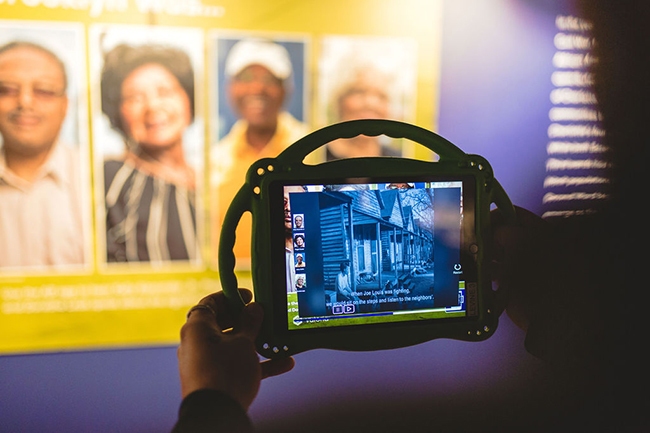 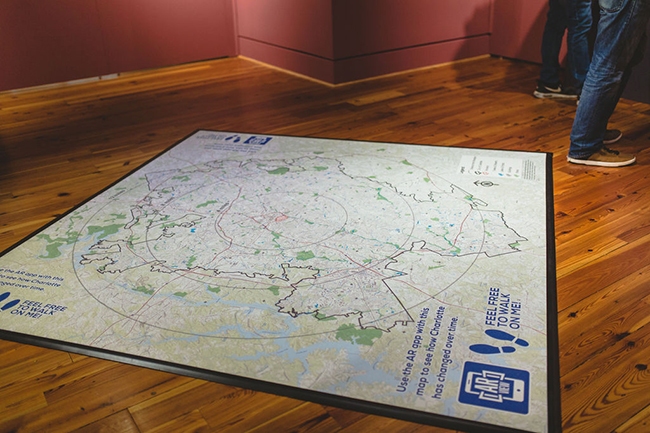 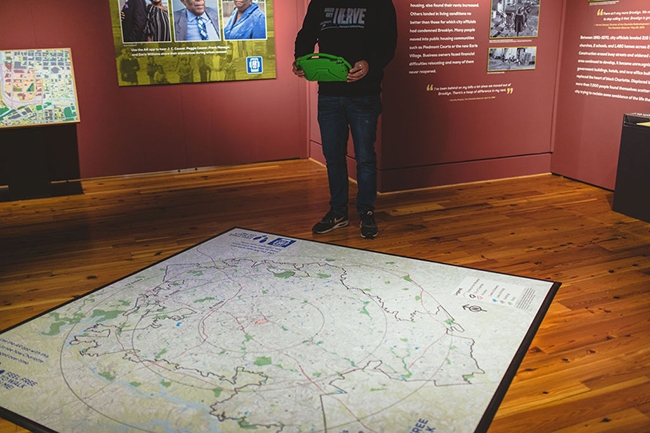 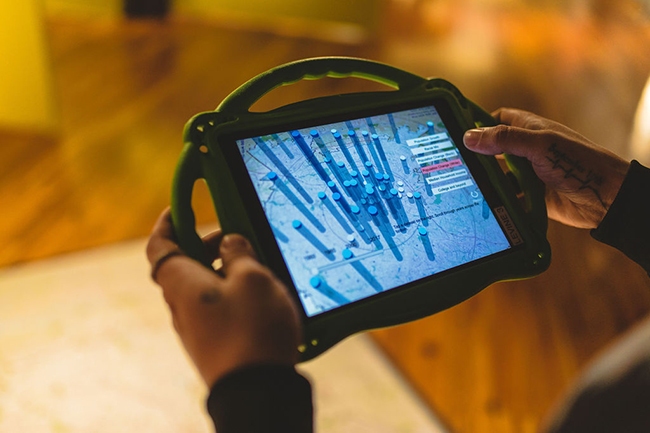 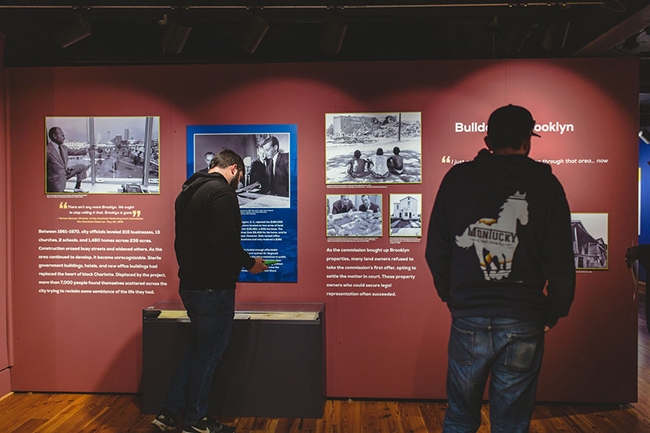 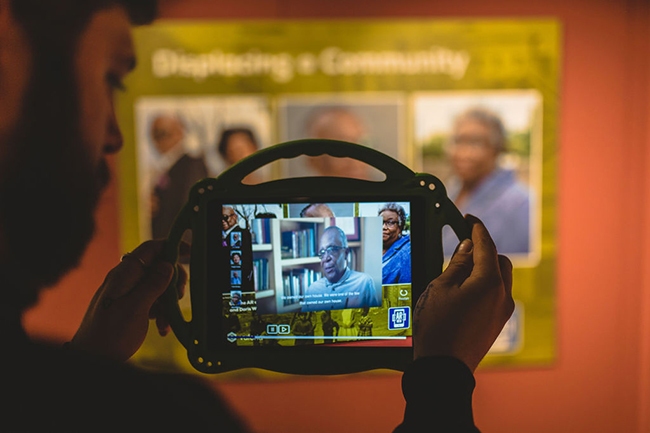 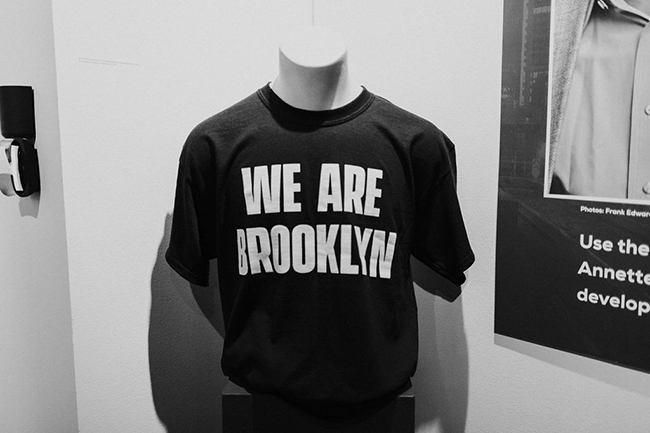 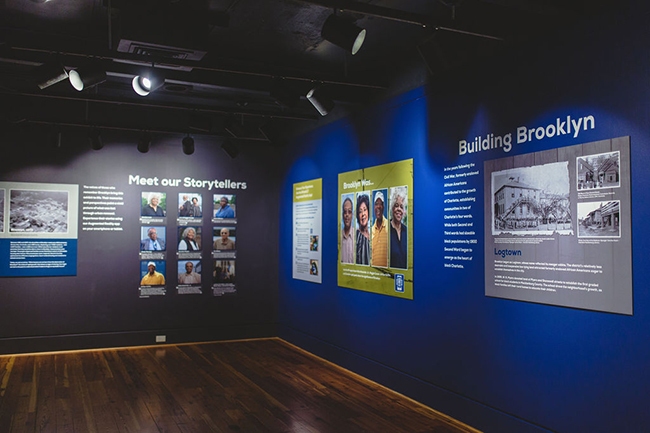 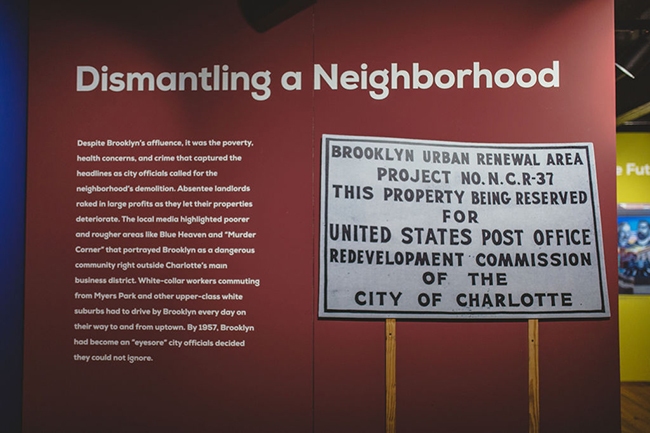 'Once on This Island' Searches for a Silver Lining