This spring marks five years since North Carolina sprang into the national spotlight because of a statewide conversation about LGBTQ equality — more specifically, about dignity and respect for transgender people.

Following years of advocacy from local organizers at MeckPAC, it became clear that the Charlotte City Council needed to pass an ordinance protecting LGBTQ people from discrimination, especially in places of public accommodation. The organization had conducted a survey and found over 140 separate incidents of discrimination — ranging from name-calling and slow service to acts of aggression — and the issue became a central theme of the 2015 elections. Pro-equality candidates won, an inclusive non-discrimination ordinance (NDO) passed the council in February 2016.

Within weeks the GOP-controlled NC General Assembly punished Charlotte by passing House Bill 2. This draconian bill became known globally as the “Bathroom Bill” because of the way that it dehumanized transgender people by restricting their access to the restroom and thus their ability to participate fully in public society.

As mayor of Charlotte when we passed the NDO, I remember the fight like it was yesterday. As chief executive I became the center of both praise and blame. Charlotte was blamed for “provoking” the NCGA about something as basic as the human right to equal treatment and acceptance before the law. Companies like PayPal began to pull investments, arguing that the General Assembly’s assault on LGBTQ rights would mean that N.C. would not be a safe place for their employees.

The NCGA refused to budge for a year. One state senator even told me he didn’t care about economic loss; for him, this was a “moral” issue.  What strange morality that dictates it’s OK to refuse someone a hotel room because of who they are.

As a nation, we’ve come so far on transgender issues since HB2. The national attention gave voice to many transgender people who had been the most abused, just for being who God made them to be. Publications and popular culture helped educate about the amazing and glorious diversity within genders. Transgender folks came out of the shadows and ran for public office. Eight were elected nationwide in 2017, and a record 40 openly transgender candidates put themselves up for public service in the 2018 elections.

Understanding and momentum built across the country, and in 2020, the U.S. Supreme Court ruled that the Civil Rights Act of 1964 extends protections to LGBTQ people in areas like employment and housing.

Yet, even now, LGBTQ people in many states, including North Carolina, have no real legal protection against discrimination in public accommodations at the state and federal level. Municipalities have stepped up to fill in the gaps with local nondiscrimination ordinances like the one we passed in Charlotte years ago – including six communities in NC this year alone – but it’s not enough.

Only comprehensive federal nondiscrimination protections will allow our LGBTQ neighbors and family members full acceptance and inclusion in the human family. A bill to guarantee these protections, the Equality Act, passed the U.S. House of Representatives. Now it’s time for the Senate to follow suit. All senators, including NC Sens. Tillis and Burr, must join with their colleagues and take action.

We have a long way to go to achieve full equality for LGBTQ Americans. Right now, the country is dotted with a patchwork of local or state protections — a patchwork that, as we saw so tragically in Charlotte — can be taken away or preempted by states at a moment’s notice. Transgender service members in our armed forces have seen their ability to serve come and go, then come again — buffeted by political winds, treated like pawns for political gain.

There are still regular reports of anti-transgender assault, hate crimes, and even murder, as occurred in Charlotte just this month. Discrimination — and the correlated suicide rates — remain highest among transgender women of color, and harsh legislation targeting transgender young people for discrimination is advancing in dozens of states.

Enacting federal protections for LGBTQ people nationwide will be a major leap forward. It will fuel conversations and put federal law on the side of inclusion and equality. Is it so much to ask for equal treatment for all?

Jennifer Roberts is the former Mayor of Charlotte and former Chair of the Mecklenburg County Commission.

Breweries in Charlotte Continue to Grow. Here's Where They Are. 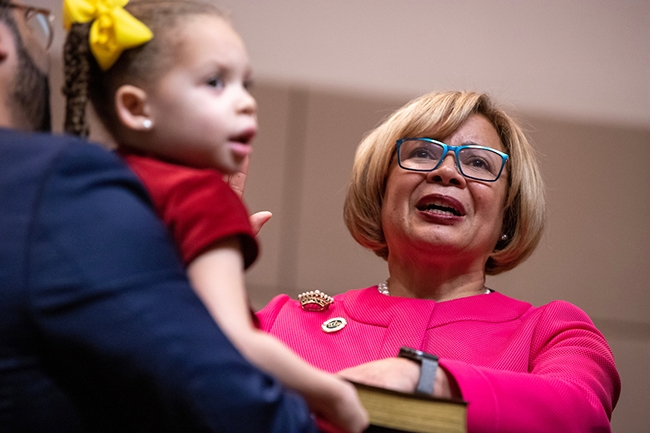 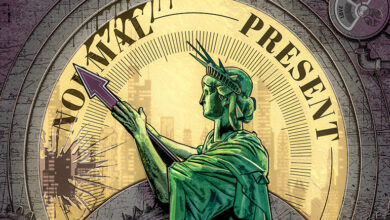