A satirical comedy and coming-of-age story combined, Formerly Teen, Currently Twenty Something Mom is something to see. The film premiered at Ayrsley Grand Cinema in southwest Charlotte on Jan. 16, with a full red-carpet treatment, packed to the brim with Hollywood flair.

Jason Kierce wrote and directed the film, and he plays the entitled and hilarious Trevor. Kierce pulls no punches when it comes to comedic relief, often using reality T.V tropes. They are all there: the irresponsible but determined single mother, Stacy (Bella Bellitto); the overprotective father Duke (Michael Ruff); and Stacy’s mother, Mary Lou (Janice Mitchell Wyatt), who’s just too calm considering the circumstances. Then there’s Zack (Jameson Walsh) the most level-headed character in the film, and a little too smart for his own good.

The film begins with Stacy returning from a week-long party to find her lazy gamer husband posted on the couch, unshowered as usual. Her 10-year-old son Zack, on the other hand, is knee deep in books. It becomes evident through Zack’s quick-witted analysis of what’s happening around him that he might have already surpassed his father in the wisdom department.

That opening scene sets off a chain of events that shows how dysfunction can be a catalyst for success, even despite a seemingly never-ending series of bad choices. Kierce shot the film entirely in Charlotte with a cast full of local actors.

The film wrestles with how the choices we make have consequences that affect everyone around us, while managing to not take itself too seriously by sliding in plenty of comic relief.

Bella Bellitto, has had roles in a variety of short films, including high-school dramas and Stephen King adaptations, but said this film was a new experience for her.

“I was excited to take on this role because it is different than roles I normally get,” she said. “It was fun to play a more sinister and devious character. I also appreciated the arc she has through the story. I loved her ‘epiphany,’ and the capacity no one believed she had to become a better person.”

“I took to the role as mom naturally as my son is now 22 and full of ideas and getting his first tastes of true successes and disappointments,” said Janice Mitchell Wyatt, who plays Mary Lou in the film. “Sometimes all you can do is be there for them and let them learn on their own.”

The film is one of many of Jason Kierce’s projects, all of which are shot in Charlotte, but for the time being, he’s still focused on pushing Formerly Teen. On Jan. 2, he launched a GoFundMe to help raise money to take his film on the festival circuit. “We really believe this film could be a Netflix series and lead to much bigger ventures and you will too after seeing it,” he wrote. You be the judge. 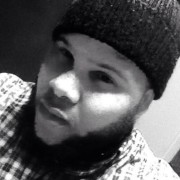