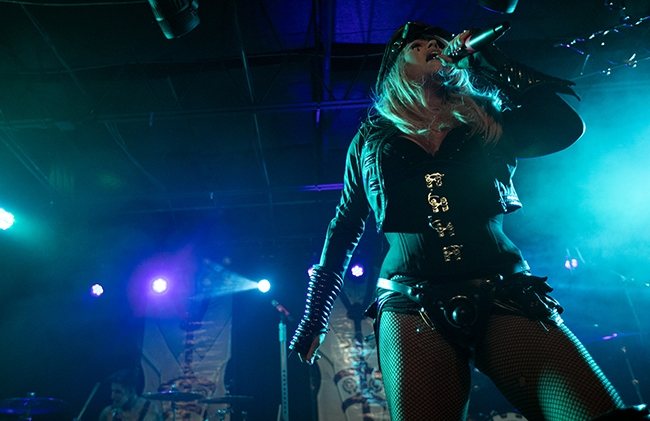 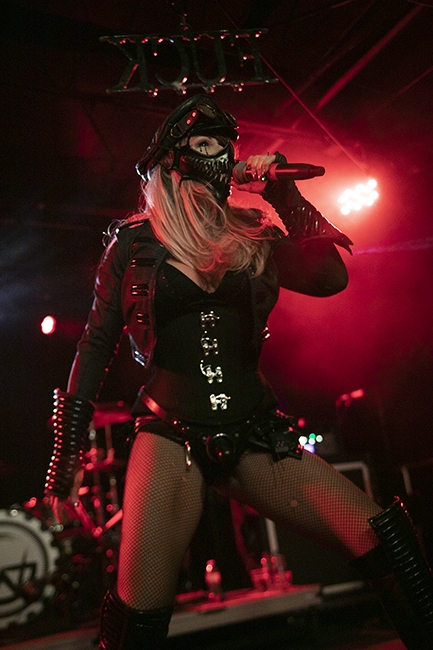 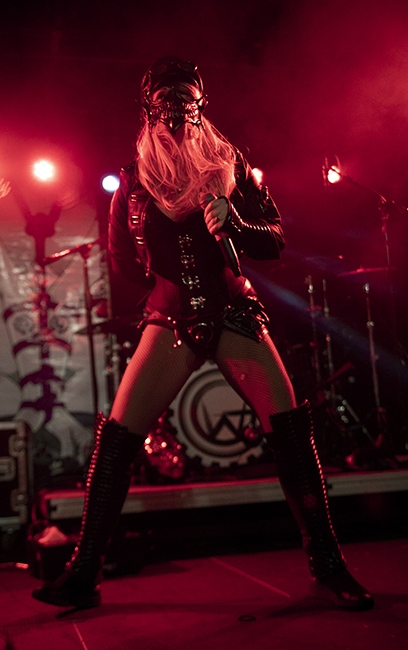 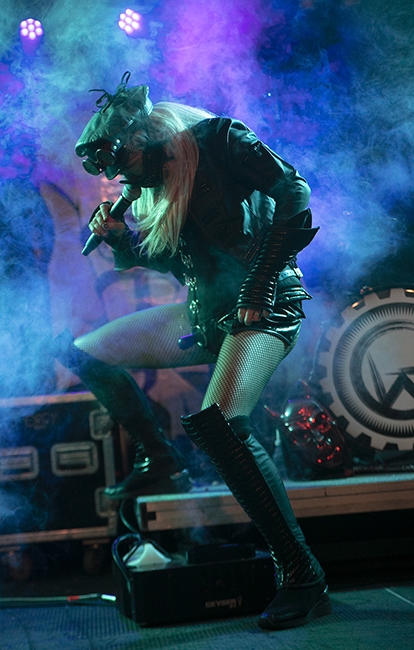 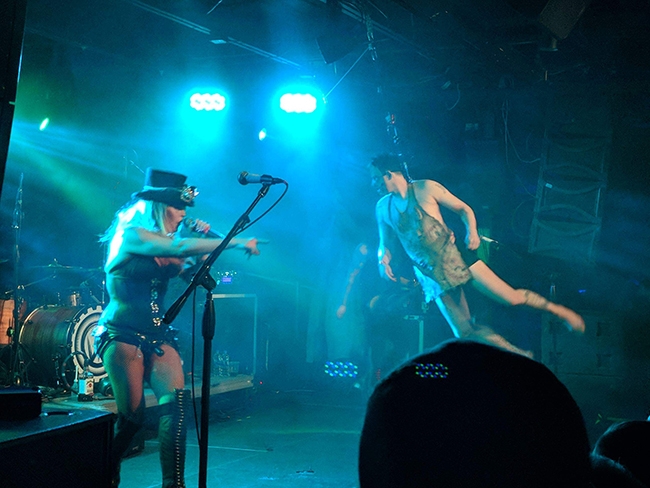 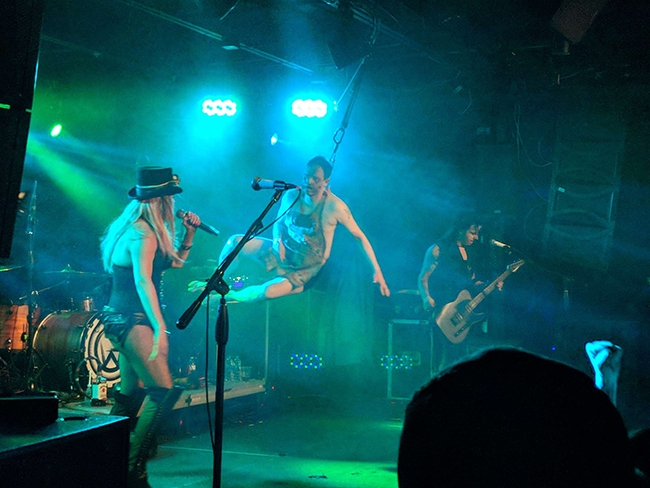 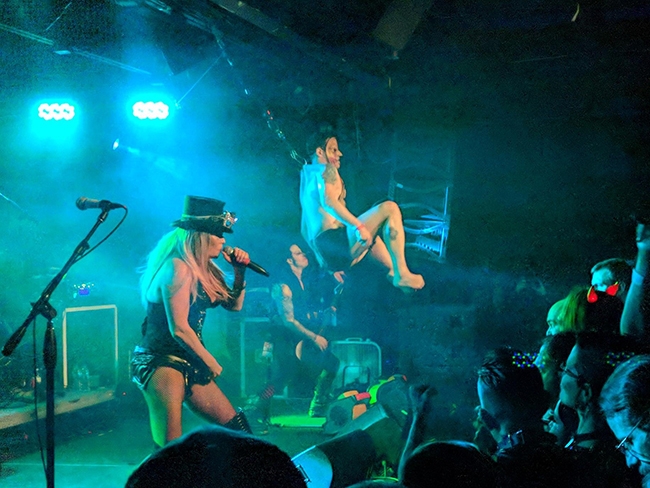 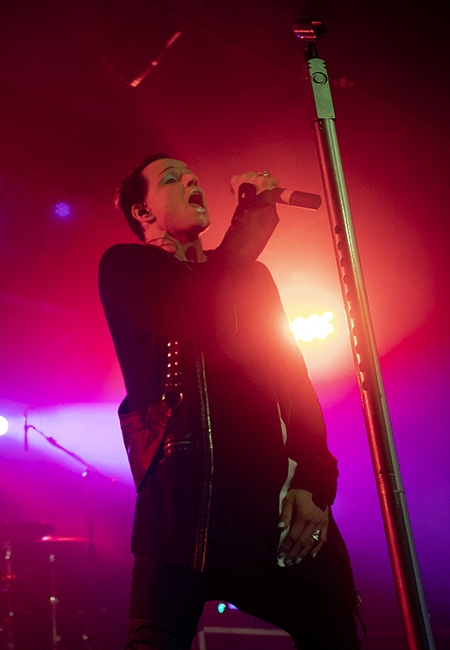 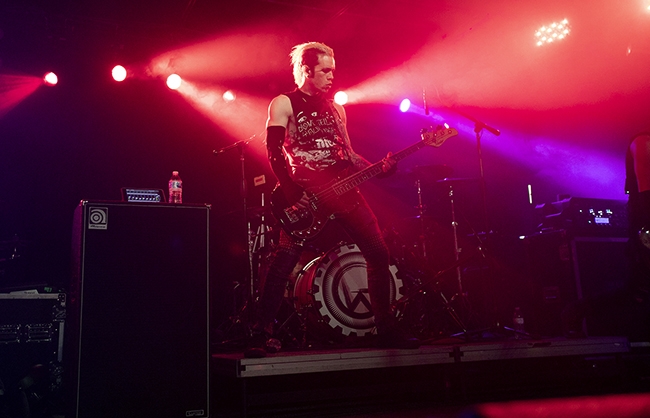 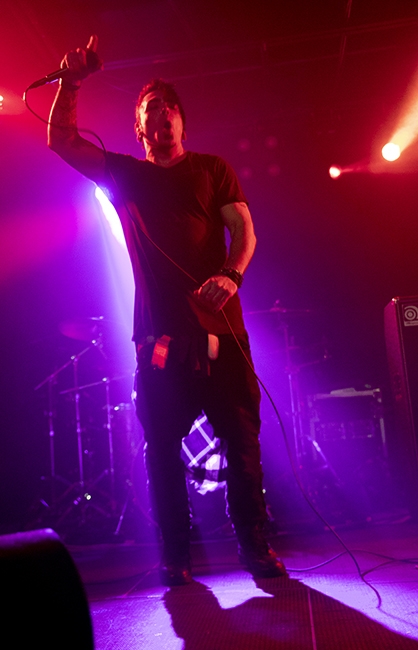 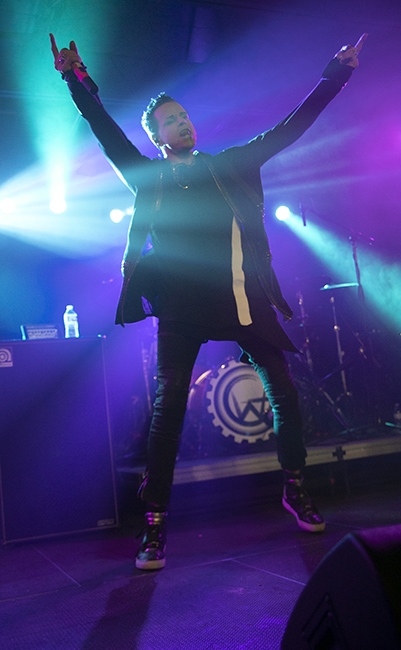 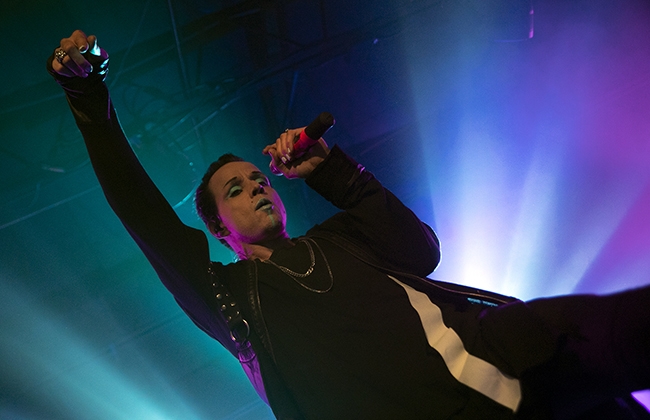 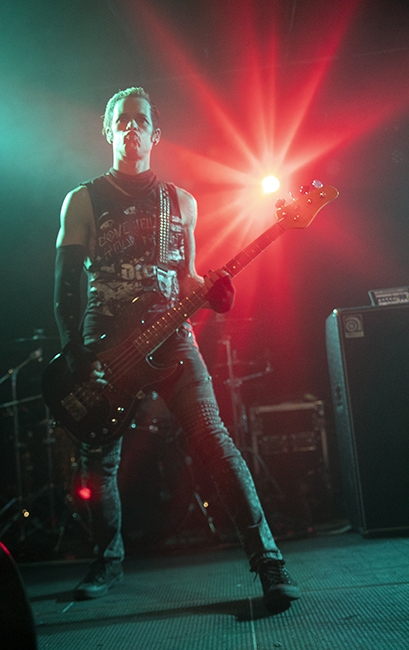 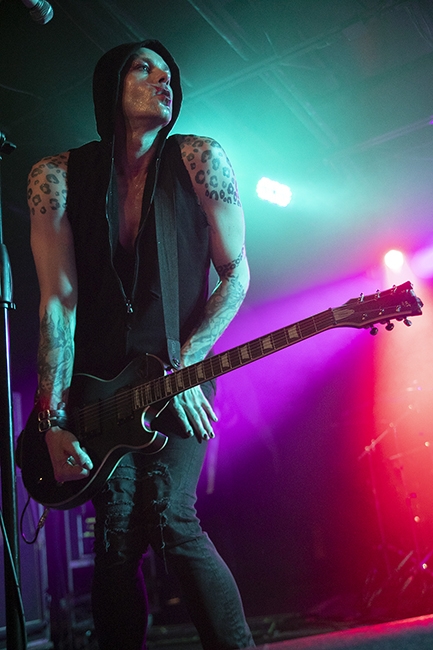 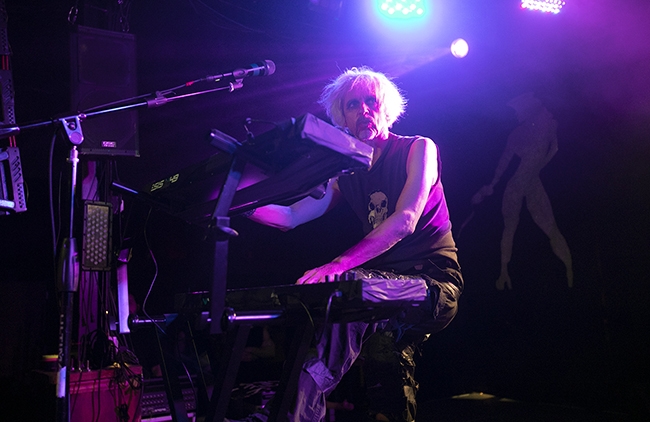 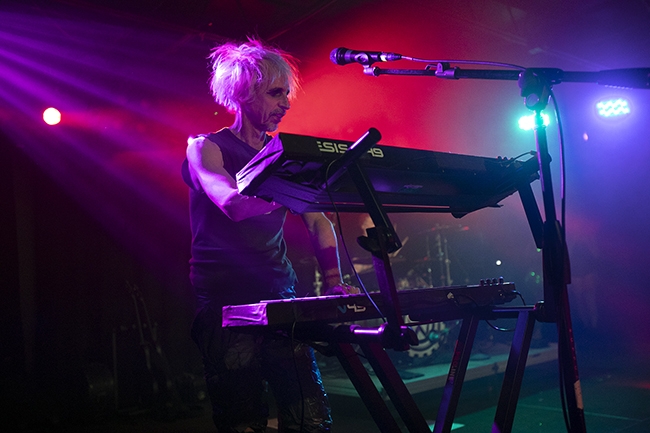 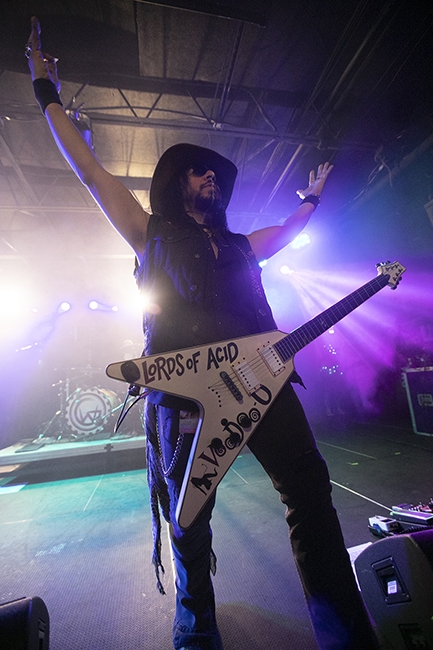 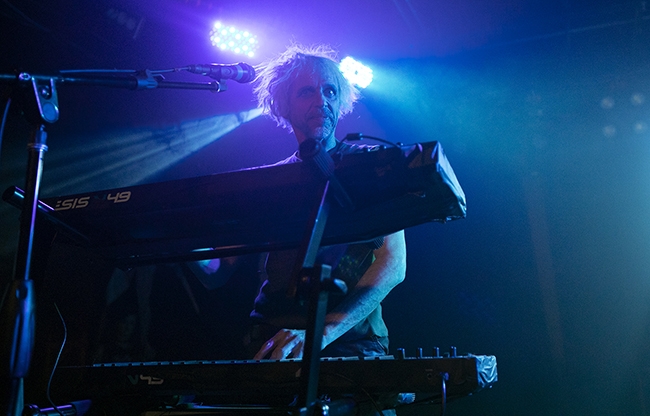 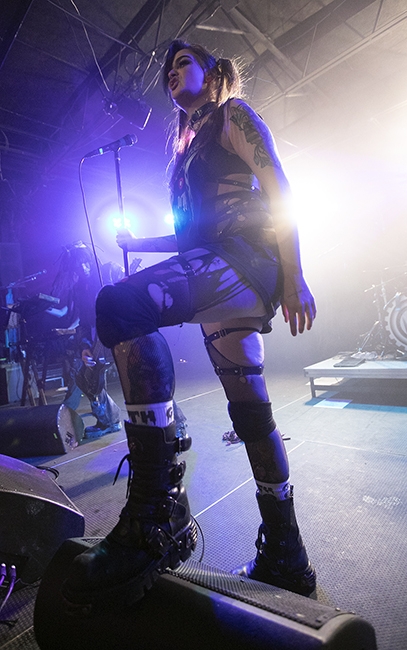 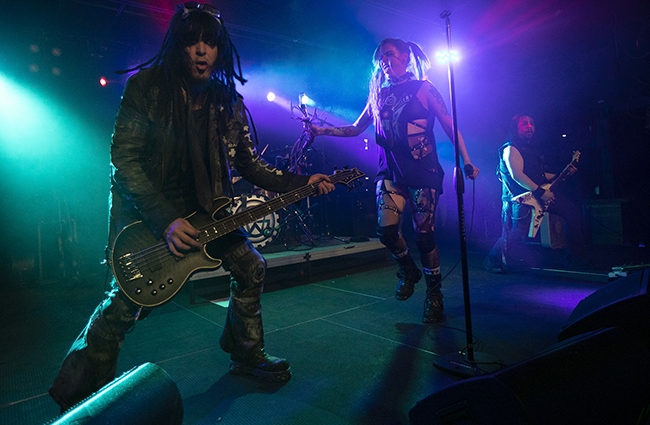 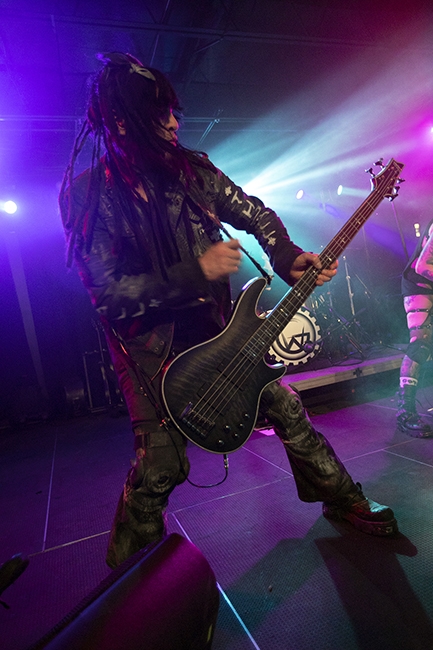 All above photos by Jeff Hahne

There are still two drops of blood on my shoe. I’m pretty sure it’s sugar water mixed with food coloring, but they’re still there. It’s a small reminder of the night of debauchery I witnessed at The Underground on Saturday night. While plenty of people were wearing green around Uptown that night, there group at the AvidXchange Music Factory was a different crowd altogether, wearing latex and leather for Lords of Acid’s Pretty in Kink Tour stop.

Lords of Acid provided the climax for the night with a set that teetered between industrial rock and electronic dance grooves. Their set balanced new songs with older fan favorites while original member Praga Khan kept the energy level up. Singer Marieke Bresseleers, who’s 27 years old, wasn’t even born when the group’s kinky single, “I Sit on Acid,” debuted, but her vocal power drove through every song. She even found time to pull an audience member on stage for a little one-on-one dom/sub time.