Hundreds of anti-abortion protesters marched outside of A Preferred Women’s Health Clinic in east Charlotte on Saturday morning, bringing an end to this year’s 40 Weeks of Life protests, in which local organization Love Life Charlotte hosts weekly marches outside of the facility in objection to abortions carried out there.

About halfway through this year’s series of Saturday protests, Charlotte City Council approved amendments to the city’s sound ordinance that prohibit amplified sound and “unreasonable noise” within 150 feet of medical facilities, places of worship and schools.

While Love Life supporters took to city council meetings to lobby against the noise buffer, the new amendments have not affected their Saturday marches. While the buffer affects groups such as Cities4Life, another local anti-abortion group that regularly protests outside of the clinic and would use amplified noise directly outside of the clinic’s parking lot, it does not affect Love Life. That’s because in 2018, Love Life bought land directly next to the clinic’s office, then cleared the trees on the lot and now builds stages to host concert-style rallies during the Saturday marches.

While Love Life supporters no longer stand on the sidewalk directly in front of the clinic to pray and sing into an amplifier, the concerts held on the property next door are louder than those protests of the past.

“They don’t have the sound permits in front of the clinic anymore, but because it’s private property and it’s also outside the 150-foot buffer zone, Saturdays are still loud,” said Heather Peagler, a board member with Charlotte for Choice who volunteers as a clinic escort. “But at least we don’t have the competing sound systems, which makes it slightly better. But with Love Life here it’s slightly noticeable that we have a buffer zone.”

Love Life organizers asked their supporters not to speak with the media on Saturday, and instead sent Queen City Nerve a prepared statement from founder Justin Reeder that emphasized the work the organization has done with Orphan Care Ministry and other.

An October post from the organization’s website acknowledges that the buffer zone, which was brought from 200 feet to 150 feet during the planning process, would not affect the marches.

“Thankfully, the buffer zone was reduced to 150 feet which means that our Saturday morning prayer walks are able to continue unhindered by this new ordinance,” the post reads. “While the buffer zone does eliminate our partner ministry Cities4Life’s ability to use amplified sound directly in front of the abortion center to reach women inside the clinic, as a whole, the new ordinance does not limit our ability to remain present and continue serving abortion minded families right outside of the abortion center.”

When we spoke with Daniel Parks, founder of Cities4Life, in June just before the new ordinance amendments were passed, he said his organization planned to challenge the new laws in court if they were approved. On Saturday, he said the new ordinances haven’t affected his work enough to warrant a lawsuit, especially with lawsuits regarding the city’s sign ordinance and barricades on the street in front of the clinic already pending.

“We’re not interested in pursuing another lawsuit unless it’s absolutely necessary,” he said.

Charlotte For Choice board member and clinic escort Nicole Ash estimated that the clinic has seen about 20,000 protesters outside of the property throughout 2019, which would be an increase from the estimated 18,000 in the previous year.

She and other volunteers said they look forward to the coming three months when Love Life Charlotte no longer holds rallies every Saturday morning.

“They really aren’t out here for the super cold months,” Peagler said of Love Life, while pointing out that the other regular protesters would still be out on a near-daily basis, and especially on the weekends. “We still have the normal Saturday nonsense, but it does get slightly better that there’s not basically a parade every single Saturday.”

All photos below by Grant Baldwin. Click to scroll. 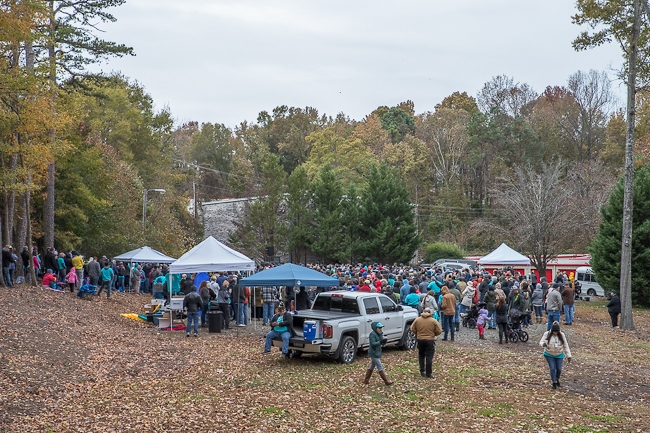 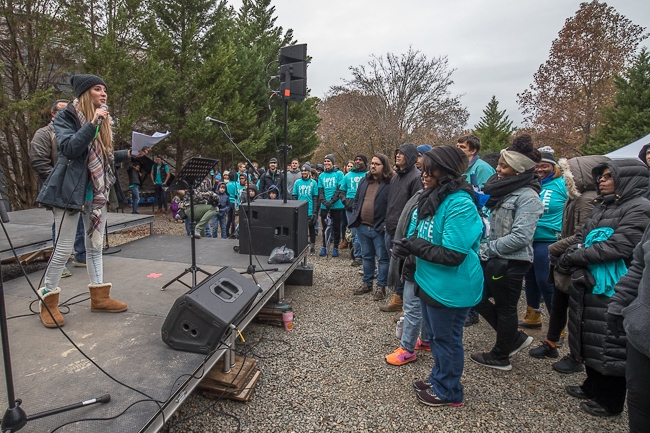 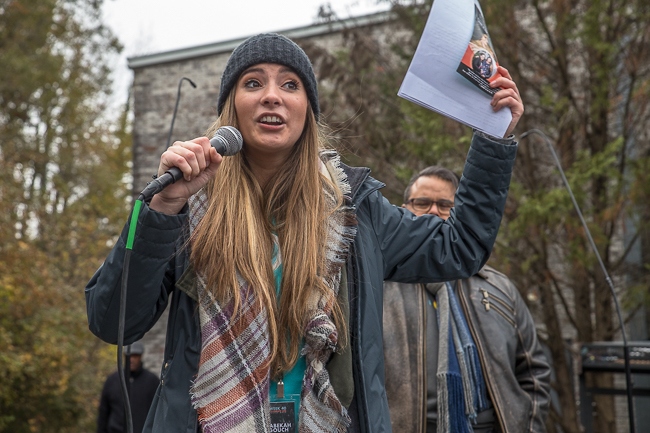 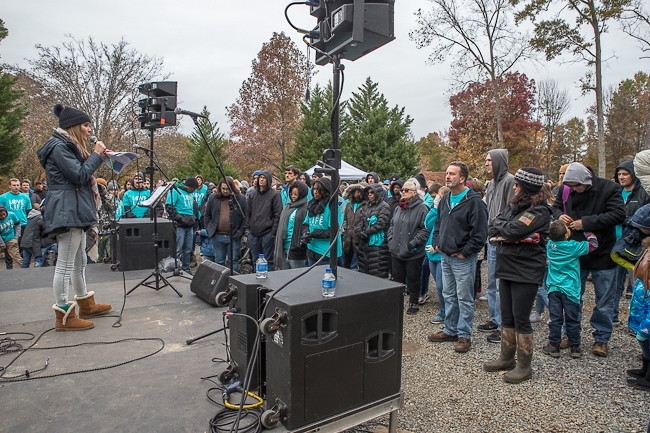 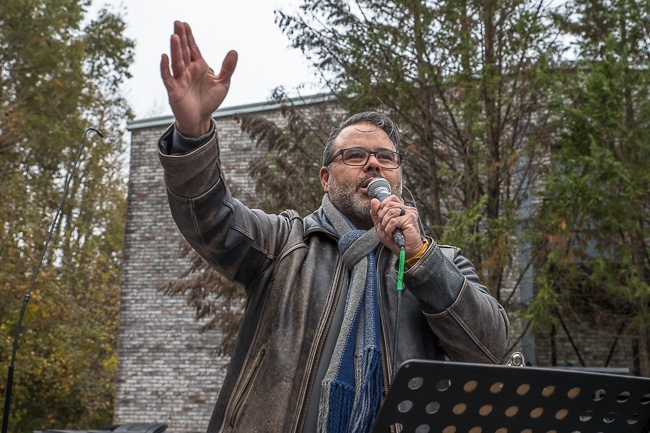 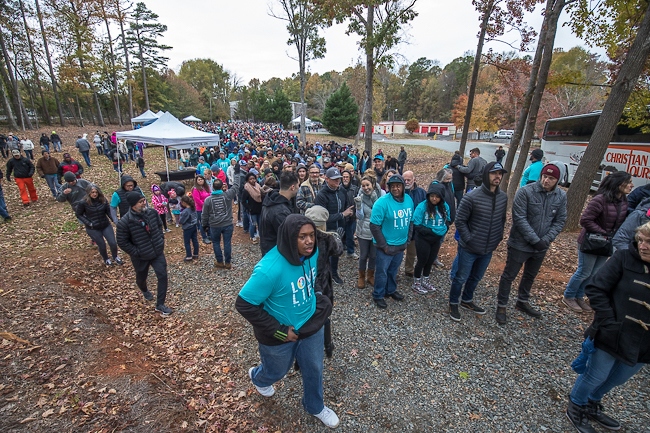 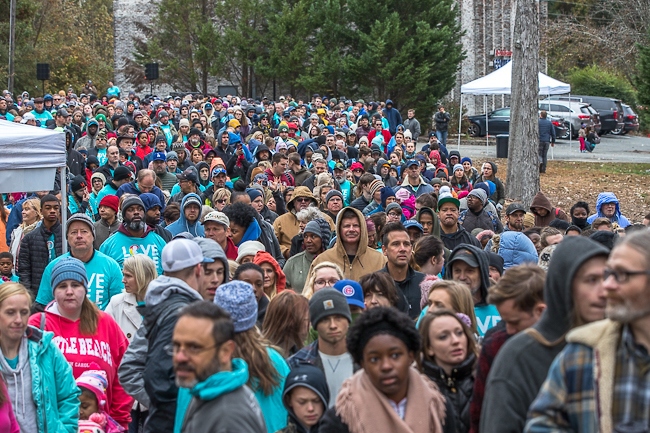 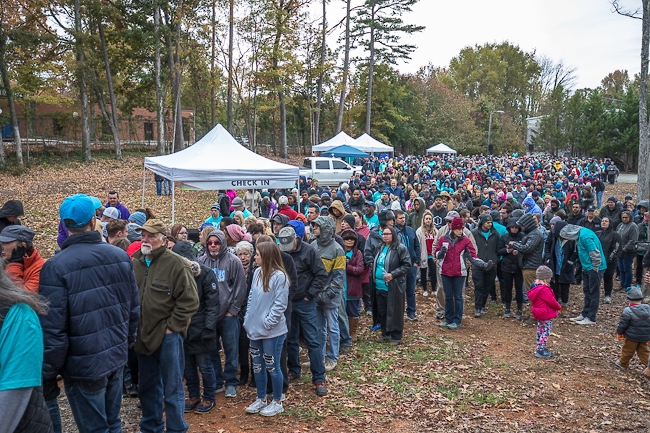 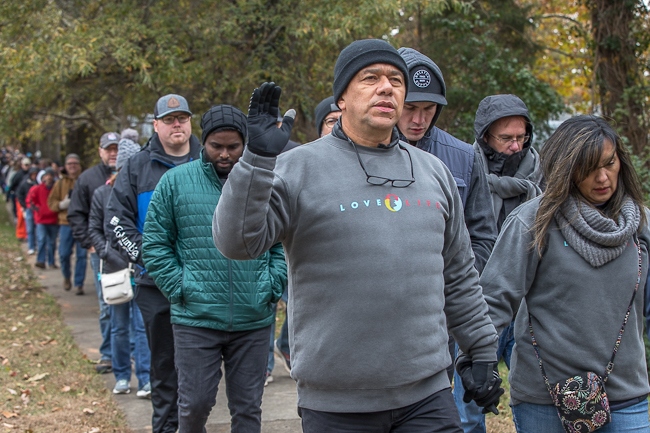 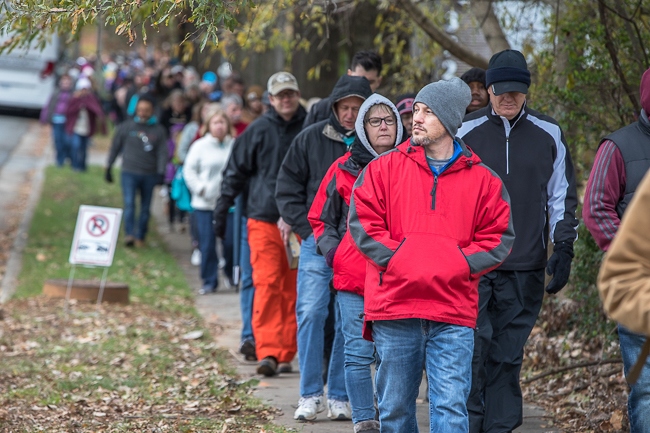 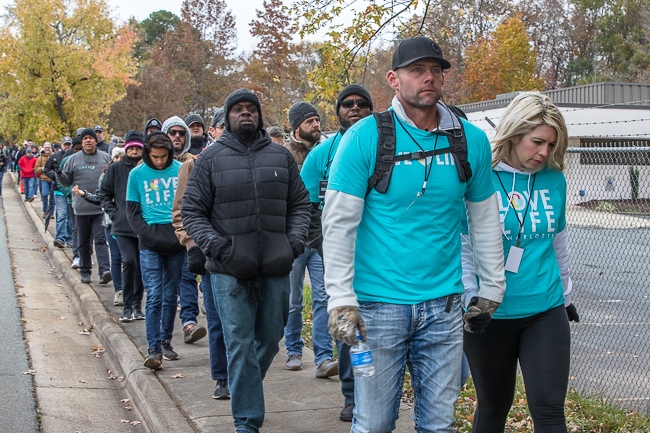 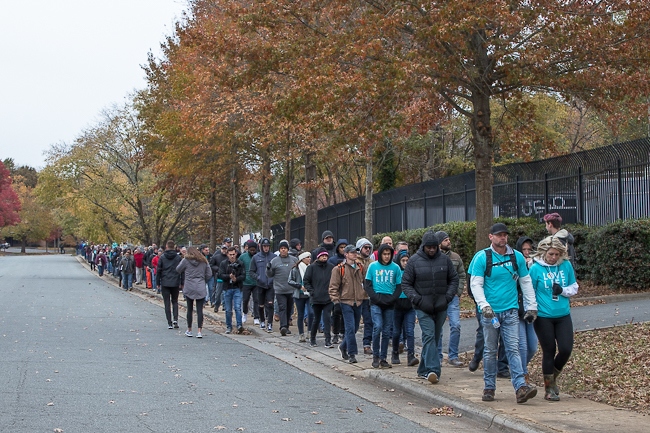 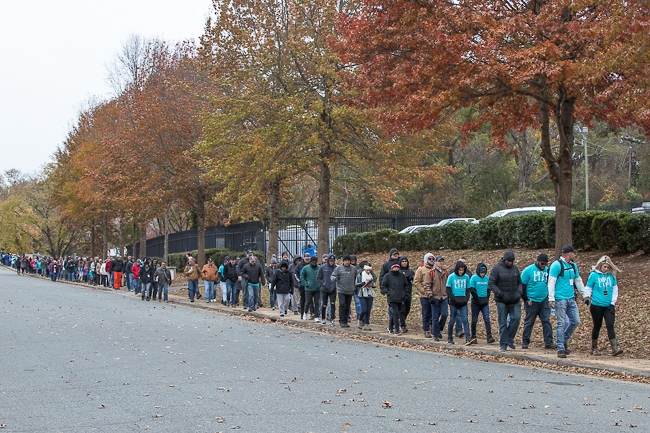 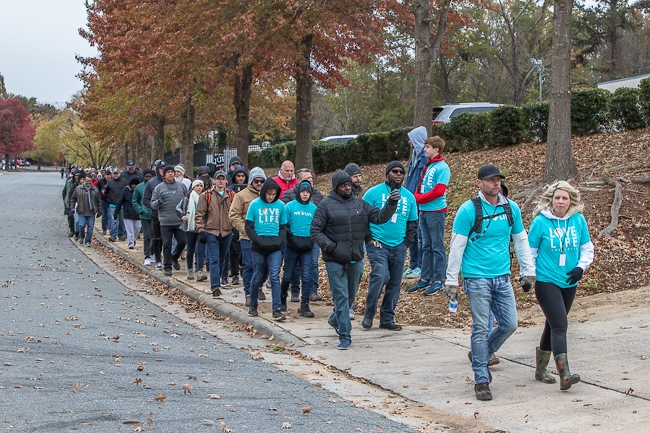 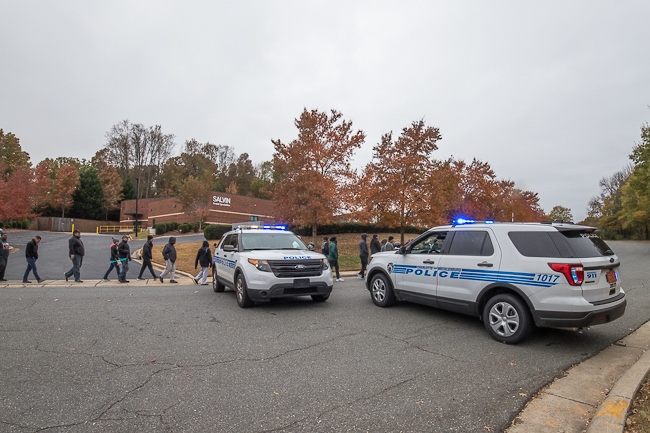 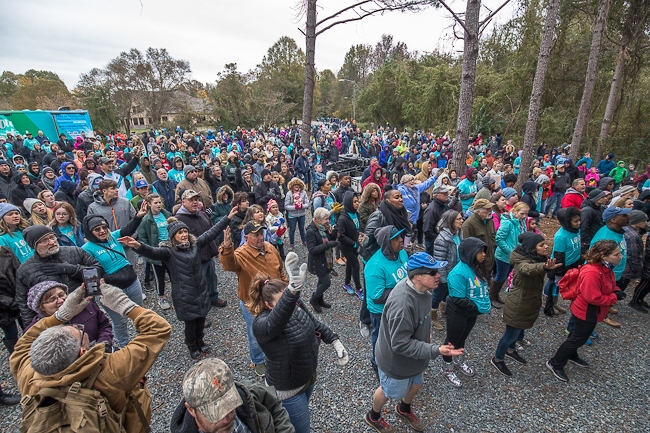 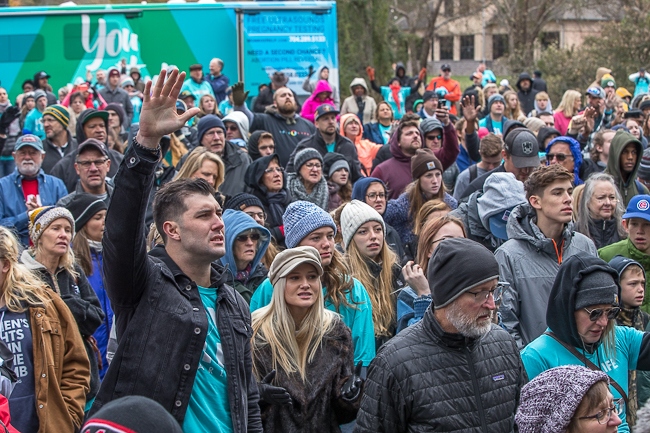 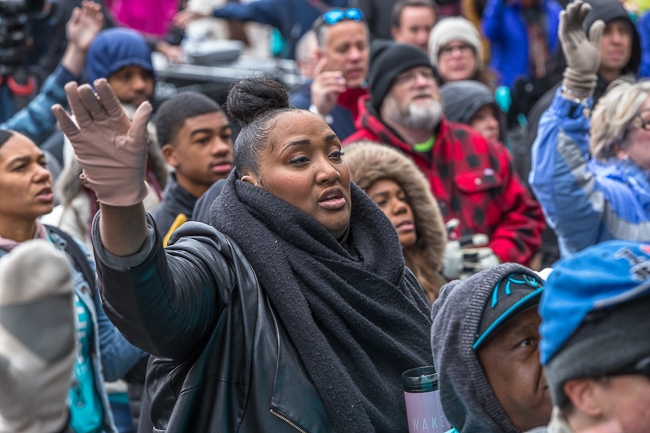 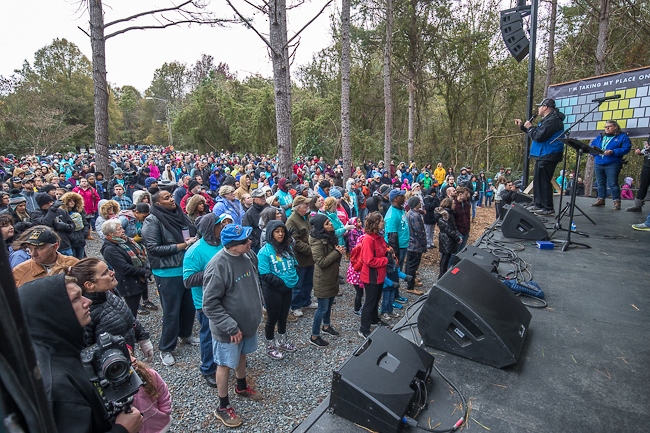 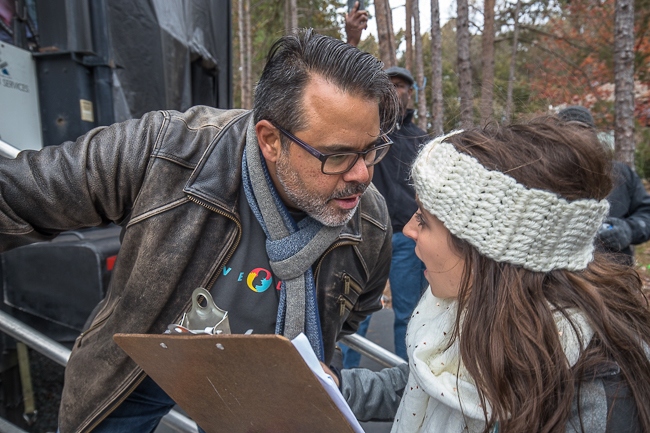 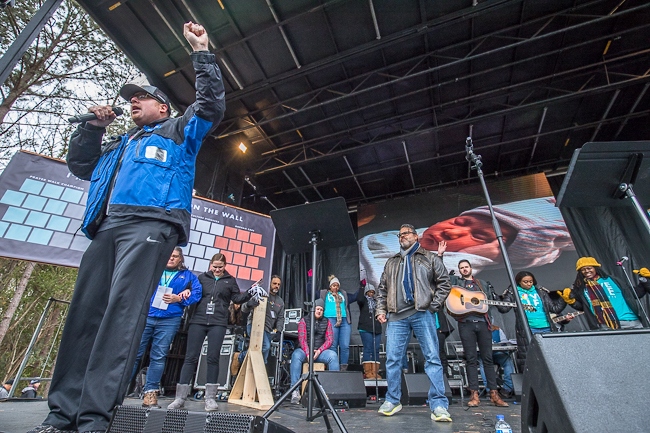 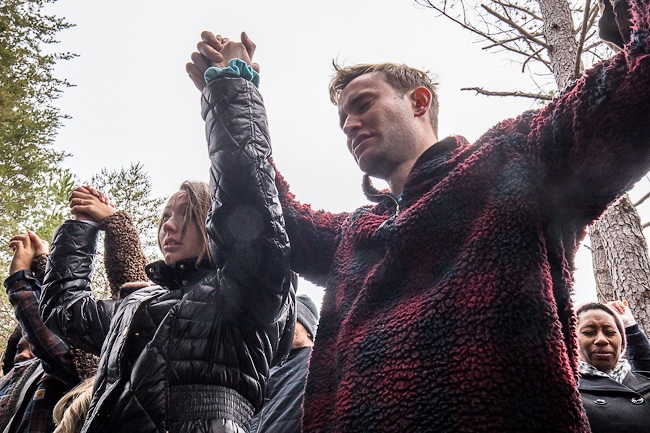 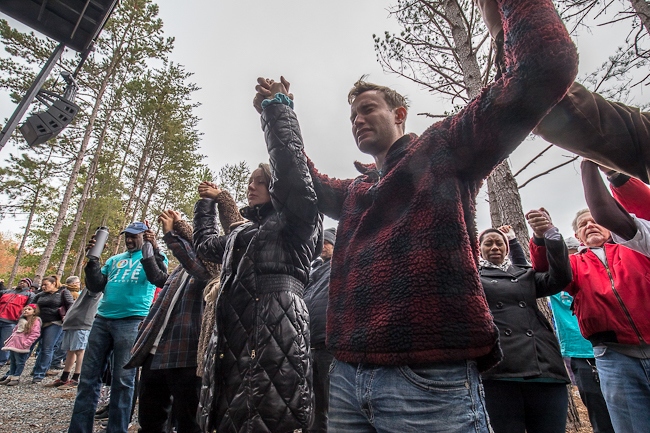 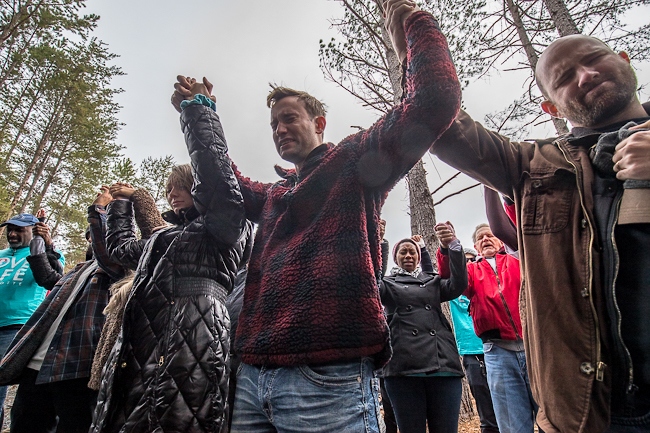 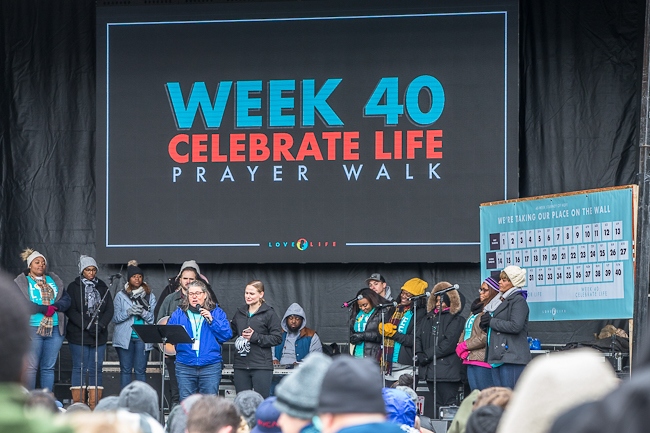