It’s clear very early in comedian Mike Birbiglia’s The New One why the show has garnered so many positive reviews. Longtime Birbiglia fans get exactly what they expect: one clever, self-deprecating joke after another, and more importantly, the humor is broad enough to make new Birbiglia fans out of whoever buys a ticket.

I suspect most who are filling auditoriums nationwide for The New One know Birbiglia’s work, but for those who don’t, his 2017 Netflix special, Mike Birbiglia: Thank God for Jokes, is a good place to start. He also wrote, directed and starred in the 2012 indie comedy Sleepwalk with Me, based on his book of the same title that tells of his own comical but frightening experiences with REM behavior disorder.

Birbiglia’s sleepwalking issues are one of several flaws that he discusses at length in The New One, which entertained a lively crowd on Tuesday night. Seconds after Birbiglia stepped onto the stage in a long-sleeve, blue button-down shirt, khaki pants and gray sneakers, the first of countless laughs came from his take on the humility of his own couch.

For the opening act of the show, Birbiglia takes one crack at himself after another while working his way toward the meat of the show: a story about how fatherhood has treated him and his original reluctance to become a father. I’d imagine audience members who are parents, or who are considering having kids soon, are the primary target, but there was something here for everyone.

Birbiglia’s knack for making light of his own fears and shortcomings has always made him entertaining, but what allowed The New One to transcend your typical hour of comedy were the more profound revelations he shared later in the show, and that’s where reviewing this at length becomes tricky; the more that is shared about the plot, the less compelling the show becomes for someone who hasn’t seen it.

So I’ll pivot to another interesting aspect of The New One: What makes a comedian go with a one-man Broadway show instead of another standup routine? Theater aficionados and comedy diehards could surely debate this (and/or whether The New One is really just standup comedy) at length, but there are least a few key ways this show differs from a standard comedy performance.

While Birbiglia doesn’t use any props until late in the show, he makes the most of the ones that do appear late. If just one moment when Birbiglia takes full advantage of this being a theatre performance — and I won’t say more to avoid spoilers, but you’ll know it when you see it — were all that made this a Broadway show as compared to other stand-up sets, that alone would be a worthwhile distinction. The music, which plays a small but notable role, is another element that makes The New One unique.

But to me, the main thing that sets this apart from a typical stand-up hour is the storytelling aspect of it — that Birbiglia follows a single narrative from start to finish. Other recent stand-up specials have had similar structures — 2017’s Hasan Minhaj: Homecoming King comes to mind — but stand-up efforts that tell one story in depth remain the exception, not the rule, and I don’t recall seeing any that stick to a storyline the way The New One does.

This show also differs from most comedy specials because Birbiglia’s is not a terribly funny story on the surface. A quick summary — a man resists having a kid with his wife, struggles to have a kid, deals with life as a new parent, etc. — would paint a picture of a heartfelt parenting memoir, not a riotous night at the theater. But this manages to be both, to such an extent that many in the audience seemed to well up at the show’s moving conclusion.

By the time the lights dimmed, Birbiglia enjoyed a well-deserved ovation for his rare hour of entertainment that was as thoughtful and heartfelt as it was hilarious.

The Broadway show’s national tour stop in Charlotte lasts through the weekend. In addition to last night’s performance at Knight Theater, shows are scheduled for every night through Oct. 13, with two performances apiece scheduled for both Saturday and Sunday. 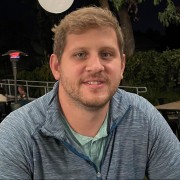