The term “street preacher” brings a very specific image to mind: severe men waving and thumping Bibles, shouting out fire-and-brimstone sermons. Men who exist outside of time, at odds with it, yearning for its end and forever disappointed by its continuation.

Paul Irving, commonly known in Charlotte as “Moses the Street Preacher,” does not fit this mold at all. If you’ve seen Irving at the intersection of Milton and Sharon Amity roads, you’ve seen a serene, bearded man with dreadlocks, looking more like a Rastafarian than an evangelist. He does carry a wooden staff, which probably earned him his nickname. He’s also known as Seven and Black Jesus, and will “answer to all of my names,” he tells Queen City Nerve.

As with so many thousands of others in Charlotte, Irving has struggled with homelessness. This year has been especially turbulent for him, as he found a home, only to be brutally attacked inside of it by an intruder and left for dead. Now, he’s on the road to recovery and even preparing to launch a podcast.

While he may have the trappings of a prophet, and embraces the title “The Street Preacher,” his message isn’t one of judgment; it’s one of affirmation and love.

In a series of videos produced by About Face CLT and hosted on their website, you can see Irving on his corner and hear him tell his story. Irving searches for the gaze of those in the passing cars, those who have stopped at the red light. When he locks eyes with a driver or passenger, he breaks into a beaming smile and waves. This is Irving’s mission: create a connection with strangers, cultivate an acknowledgment of shared humanity.

Irving has what he calls “90-second sermons” ready for anyone who will listen — be it voluntarily or because of a traffic signal. The sermons touch on subjects like the divinity of man.

He’s been out here for years, becoming well-loved in the neighborhood. That’s why neighbors were shocked two weeks ago when an intruder had broken into Irving’s apartment and brutally attacked him with a knife, leaving him for dead.

In the following days, there was an outpouring of support on social media. Rumors circulated that Irving had died, with mistaken “R.I.P.” posts popping up. Thankfully, he was alive, but in critical condition. The Hope Connection raised and delivered donations. News stations interviewed bewildered locals. How and why would someone do this?

Irving’s life journey has been profound. At 7 years old, while growing up in Baltimore, he was molested. At 12, he was separated from his father and moved to Charlotte. That uprooting was followed by another when he was bused to Northeast Middle and Independence High, suburban schools where he never felt accepted. The alienation caused his grades to plummet. He went from being an honor-roll student to failing out of school.

As an adult, his journey into homelessness was gradual. A workplace injury led to him losing his job. He went from living in a rent-to-own home to a minivan, then to someone else’s tent, and eventually to his own tent. Later, he was forced off the land he’d been living on and bounced between encampments. In the winters, he would melt ice over a campfire to bathe.

In the classic hero’s journey, as outlined by Joseph Campbell, the hero often has to die in order to be reborn. Homelessness for Irving was a time of rebirth. As a child, the outdoors had been his sanctuary from the troubles of home life and school. Living in the woods reconnected him with nature and his inner child. It gave him time to reflect on who he was and who he wanted to become.

The experience made him more patient and gentle, he says. You can see this in his tender demeanor. Even as a child in the woods, he recalls, he would stomp on anthills whenever he saw them. “Now, you couldn’t pay me to do that,” he says. “That’s their castle.”

It was then that Irving gave his new self a new name: Seven. It refers to the age when he lost his innocence, and to the seventh day of creation — the day of completion and rest. “I’m supposed to be resting but my work’s not done,” he says, laughing.

He came to embrace poverty as a way to purify the soul. Homelessness replicated the life of Christ. “I used to have a bunch of money and was miserable. Because I could afford to do a lot of stuff that, if I didn’t have money, I wouldn’t have done. Bad stuff.”

Some of the “bad stuff” that money enabled him to do, Irving goes on to explain, included mistreating women. His past behavior haunts him, and feeling the need to atone for it, Irving has made the treatment of women a core message of his street sermons.

And it’s here, ironically, that Irving believes events were put into motion that led to the grisly attack in his home on August 10, 2019.

Things had been going well for Irving. With the help of people like Darren Brown at Urban Ministries, he had gotten off the street and secured housing. The transition was difficult; Irving compares it to being institutionalized. So strong was his attachment to his old life that he wanted to set up his tent in his empty new apartment. Brown overruled him, insisting on furniture.

It was time for another metamorphosis in Irving’s journey. He had to let the tent-dwelling monk die so that a new version of himself could be born.

Living in his new apartment, Irving continued his ministry. He regularly took three buses to get back to his beloved corner at Milton and Sharon Amity.

On Saturday, Aug. 10th, at around noon, Irving heard a tap outside his window, then a brick shattered the glass. An arm reached inside, grabbing hold of the curtains and ripping them out. A few minutes later, the intruder climbed inside. He could tell immediately that they were intoxicated. Irving’s first instinct was to physically defend his home. As a struggle ensued, his attacker pulled out a large knife.

“Absolutely they intended to kill me,” says Irving, who believes the attacker specifically targeted him for his sermons in the community. “But I didn’t beg. I fought for my life.”

The aftermath of the attack was horrific. As they struggled, the intruder repeatedly slashed Irving’s hands, cutting through the webbing between his fingers and into his knuckles. They sliced Irving’s face, chest and belly, then stabbed him in the side. Irving lost consciousness.

When he came to, Irving lay on the floor in a puddle of his own blood. His assailant was gone, and had taken Irving’s cellphone so he could not call for help. He could feel the life slipping out of him. “In that moment,” he tells me over the phone, “I heard God say, ‘If you’re ready to come home, come home. But if you’re not, then get up.’”

Then, he says, he thought of all the people he cared about in this life. He knew that if he kept lying there, even for another two minutes, it would be hopeless. Summoning up all his strength, Irving crawled to his front door and reached for the handle.

His hand was so slick with blood that he could not grip the handle to turn it. So he crawled to the kitchen, found a washcloth, crawled back to the front door. Now he was able to open the door, crawl outside and crawl across the breezeway to a neighbor’s apartment. Still lying on the ground, he kicked on the front door until someone answered and called 911.

In the hospital, Irving underwent surgery for the damage done to his diaphragm from the stabbing. He had stitches and staples all over. When we speak, Irving has just had his staples taken out and is happy to be going home after two-and-a-half weeks in the hospital. I hear the effect on his voice, a certain raspiness from the damage to his diaphragm. I feel guilty for asking him to talk to me, because although he labors to speak, he’s never at a loss for words.

His attitude is defiant. He’s dealing with this adversity the same way he kept from crying when he was homeless: by smiling. He said he’s been deeply touched by the outpouring of love from the community. He’s excited to be recording the first episode of his podcast, Messages from Moses.

“Looking in the mirror, I see an awesome, talented man who loves people from all backgrounds,” he says. “But I’ve got a lot of scars.”

At the corner of Sharon Amity where Irving once preached sits a shopping cart filled with flowers. Some of the well-wishing signs on the cart were written before anyone knew he was alive. One sign, dated Aug. 19, has a prayer and many messages added by community members. Another reads, “#WakeUpCLT” and “#UsKillingUs.”

When Queen City Nerve visits the makeshift memorial on a quiet morning, local resident Lashonda Millner stops by to take it in. Her five kids all love Moses, whose brother made a bracelet for Millner’s 8-year-old daughter after she continued to visit the corner and listen to Irving’s sermons.

“He is definitely loved and missed and I’m just ready to see him back out here,” Millner says. “This corner truly is quiet. To know he’s alive, it’s a good thing, but it still feels like this corner is dead.”

That or it’s just ripe for another rebirth. 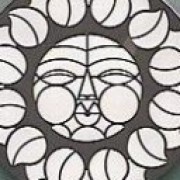