Near the end of each year, we provide a listing of the stories we’ve published over the past 12 months that our readers have most engaged with. It gives a glimpse at where folks’ minds have been and what they’ve been most interested in as of late, and there are some disturbing trends in such an analysis, as could be expected in a year like we’ve seen. If you’re interested in staff picks of our most impactful stories from this year, check out our annual Best in the Nest awards.

In the decade since its 2012 opening, 5Church — recently renamed Church & Union — has consistently been one of the most popular restaurants in Charlotte. Owners Patrick Whalen and Alejandro Torio have received praise for their flagship establishment, as well as other restaurants under the 5th Street Group (5SG) umbrella, which includes Church & Union and La Belle Helene in Charlotte, and Church & Union locations in Charleston and Nashville.

But now a series of allegations has surfaced accusing Whalen and Torio of fostering a work culture of intimidation, bullying and problematic behavior.

The allegations first surfaced on Dec. 23, 2021, on the anonymous Instagram account Overheard in Charlotte. Queen City Nerve tracked down the sources of the submissions and independently verified their employment at 5th Street Group as well as reviewed multiple emails and direct messages related to their stories.

Former Staff Speaks Out About Issues at Mecklenburg County Jail

Her first impression of her new boss was not great.

According to Abraham and several other detention officers who have told similar stories, McFadden’s first speech was a challenge to his staff. 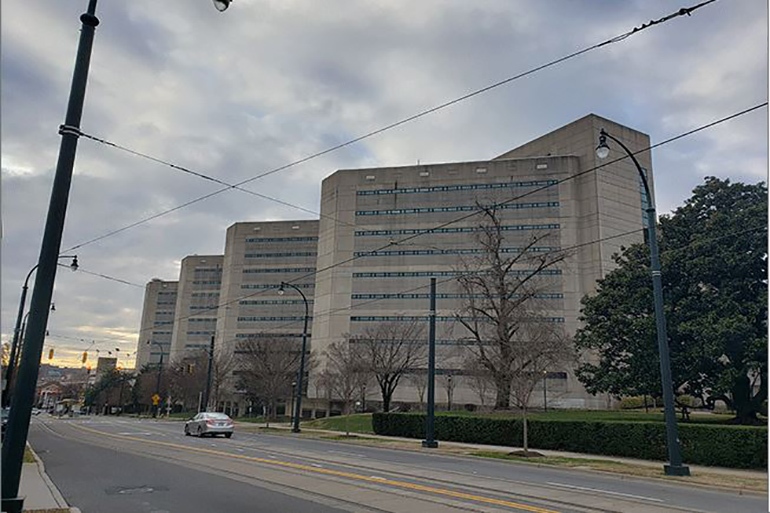 The tragic case of Shanquella Robinson, a 25-year-old Charlotte woman who died during a trip to Cabo in late October, is now being investigated as a homicide after her family publicly questioned the original version of events as purported by the friends she was with when she died. Her family’s concerns led to more attention on social media, in-depth local reporting from outlets such as WSOC, and eventually a second look from investigators, who announced that they no longer believed Robinson’s death was accidental.

In 2019, Meredith Connelly’s LIGHTS installation became part of the U.S. National Whitewater Center’s (USNWC) winter programming lineup, and walking through this half-mile trail of illuminated art after a spin around the ice skating rink quickly became an annual tradition for many.

The Whitewater Center received praise for supporting local arts by hiring Charlotte-based Connelly and her team to design, fabricate and install the program. For its 2022 winter display, however, the establishment has garnered the opposite after announcing an iteration of the temporary, site-specific exhibit that will not include any input or participation from Connelly or her team.

“I haven’t tasted an actual tomato,” said the 10-year-old girl at my group’s table at Ever Andalo one night when I asked her for her tasting notes.

I so rarely eat with people that I valued the chance to hear a new, precocious perspective.

We were in NoDa at the new, awkwardly named Little Engine That Is Trying Very Hard from local restaurateurs Jeff Tonidandel and Jamie Brown, perusing a menu that wanted very much to let everyone know THE FOOD HERE IS ITALIAN.

Nonplussed, the girl disregarded the menu and asked for a plate of pasta with marinara sauce.

ESSAY: A Farewell to Plaza Midwood

Recently, on just another Monday afternoon, I couldn’t shake the words my friend had said to me in a conversation the night before.

I was hosting Bone Snugs & Harmony karaoke at Snug Harbor, a dive bar and music venue in the heart of Plaza Midwood, that Sunday night when he asked me how my recent move to Matthews had gone. I told him that I was finally settled in and getting used to living in a new place that was not in the neighborhood.

After years of trying to find a buyer for 917 Central Ave., commercial real estate agent Mike Sullivan began to think he might go to his grave before it sold.

The curved corners of the red brick building — squeezed between Two Scoops Creamery and Seventh Sin Tattoo — paired with the “Nine 17 Central” marquee hanging off the front made the 1937-built structure stand out. Positioned in the Elizabeth neighborhood right on the borders of Plaza Midwood and Belmont, its location was more than desirable. But its musty, dilapidated interior and tight footprint scared away even the most inspired entrepreneurs.

When you put items into trash or recycling bins, have you ever thought about where they go next? If you’re anything like me, many of you might be surprised to learn that the actions you’ve been taking, which you thought were helping — or at least not hurting — were actually putting a strain on our current waste management systems and negatively impacting our environment.

It’s no secret that we’re producing more trash today than ever before. According to the U.S. Environmental Protection Agency, Americans in 1960 generated 2.68 pounds of garbage per person each day. By 2018, the most recent data available, that number had grown to an average of 4.9 pounds per person.

It was about two years ago that Francis Wabibi, known around Charlotte’s art scene as Francesko the Artist, made the jump that every artist frets over and aspires to; inspired by a trip to Charlotte Art League, Wabibi quit his job in retail and decided to pursue his art career full-time.

“I was inspired,” he told the Charlotte Observer in a profile published in February 2021. “I had the money. I had the means. I said, ‘Why don’t I invest in myself?’”

Now, not even two years after the article highlighting Wabibi’s bright future in the arts was published, that future has been snatched from him. On November 23, 2022, the 32-year-old Wabibi was found dead in a jail cell in Atlanta, where he had been booked two months prior on a loitering charge.

When local chef-turned-photographer Ryan Allen first met Richard Flood, he was immediately drawn to the young cyclist as an artist and friend.

It was summer 2020, during the protests that followed the murder of George Floyd by a Minneapolis police officer. Allen was riding with The Bike Squad, a group of cyclists who would offer support and protection to local protesters during nightly marches — blocking off roads, transporting supplies and creating a barrier between police and protesters.

Flood, known by most as Backwheel Rich, was part of a group known by protesters as The Wheelie Boys, teens and young men, most of whom are Black, who would ride alongside The Bike Squad doing wheelies.

Justin Orders has been into bugs for as long as he can remember. While other kids got into video games or basketball, he was in his backyard, flipping over rocks and seeing what scurried beneath. One day, Orders’ dad found a hornet and showed it to his son. Orders’ immediate reaction was to touch the insect, and sure enough, he got stung.

“Other kids that young would have been traumatized,” Orders says, but the sting spurred his curiosity about backyard creatures we encounter often but rarely understand, particularly honeybees.