I’ve made the drive to the Sportsplex at Matthews many times before, but this time would be different. This time I’d be participating in the event rather than watching from the stands. When I arrived it finally hit me: I would be trying out for the Charlotte Independence, a soccer club that I have loved for six years. I wasn’t nervous as much as anxious to get out there on the field.

The Independence, a professional soccer team in the United Soccer League, one tier below Major League Soccer, has been holding open tryouts since the team’s inaugural season in 2015. From open tryouts, a few will become trialists, or non-contract players that stay with the team through training camp while management continues to sign players for the upcoming season and fill out the roster.

Other walk-ons include Valentin Sabella, who was 19 years old when he and his amateur team the Miami Soccer Soldiers beat the Independence during a Cinderella run in last year’s Open Cup. The Independence signed him shortly thereafter. There was also Clay Dimick, a local player with Belmont Abbey College who didn’t make the team before the season started last year but stayed on as a trialist, then was signed to a pro contract following a mid-season injury. He earned a second contract in his limited time last year and is back with the team in 2020.

Might I have a similar destiny? The odds were against me, but I was willing to try.

There was a solitary feeling on the benches beside the fields. A few conversations were happening but most of the participants were patiently waiting for the tryout to begin. As I surveyed the hodgepodge group I noticed a few things. First, that most were wearing nondescript training gear under the provided shirt — a white shirt branded with the Charlotte Independence crest on the front and an arbitrary number on the back. I also noticed that most of the participants looked much younger than my 29 years.

Head coach Mike Jeffries introduced himself and his coaching staff and shared a quick rundown of events for the day. His itinerary was quickly followed by standard stretches and warm-ups. Oh, did we need that warm-up. It was a crisp 30 degrees with an intermittent wind that swept right through us at full strength. The soccer equivalency tests began immediately after. The initial test included a set of passing drills, which preceded a half-field eight vs. eight match. I exchanged pleasantries with those in my small group quickly. One of which had made the trip from Raleigh at 6 a.m. that morning. He nervously asked if I had played soccer in college. I shared that not only did I not play in college, I barely played in high school.

My soccer experience is limited, to say the least. I played one season in high school due to my mom convincing me to do so. Thanks mom. It would be years after that until I would kick a soccer ball in an organized manner, when I joined a SportsLink co-ed league in 2018. My main goal there was not to score goals or refine my ability as a player, but simply to better understand the game of soccer while hanging out with friends.

That first and only season was a bit of a struggle, but undeniably enjoyable — except for when I ended up with six staples in my head after an accidental on-field collision. Above all else, not being injured during the tryouts was a top priority.

I was pleasantly surprised by how cohesive the first match was. There was a learning curve, tobe sure, and players had to quickly figure out each other’s strengths and weaknesses. I started as a left-sided defender, which is a bit awkward as a right-footed player. When I had the ball, I tried to keep it simple: Find the open teammate, take a deep breath and don’t make a fool of myself. My first pass was a success, and from there my confidence grew. I was most proud of the fact that I didn’t leave the field physically exhausted. As the first set of games came to an end and our lunch break arrived, I felt content with how I had performed.

I was fortunate enough during the lunch break to talk with a few participants, most notable was a guy who had played one year of collegiate soccer at UNC Charlotte. An unfortunate injury forced an adjustment in his plans, and upon recovery he was presented with an opportunity to play professional soccer in Germany for a fourth-division club. He informed me how interesting it was to be on such a diverse team with players from all over the world. The language barrier was tough, but thankfully for him he had a teammate from Canada. Naturally they became best friends during his time in Germany. Just as I became engrossed in his story, lunch ended and the next stage was set to begin.

The final test to come would be something completely foreign to me: a full-field 11-against-11 scrimmage lasting 60 minutes. Sure, the smaller sided games went well but this would be a whole different beast. The team sheet was set and, yet again, stretching and warm ups signified commencement. Thankfully the sun had peeked from behind the clouds to render the warm ups less of a necessity. Let me tell you, it made a world of difference. One person even mentioned how he could finally feel his feet.

I learned a great deal during that final game. Being thrown into a new squad was different, yet I thoroughly enjoyed it. My teammates were incredibly willing and able to help me. There was constant communication between those around me. It was remarkable to witness such camaraderie and chemistry around me. When the 60 minutes had expired, I packed up my things and was hit with a sense of relief. I had finished the tryouts unscathed and felt proud of my performance.

According to James Thomas, director of communications with the team, on average about 30 to 35 players get called back for a second day of tryouts, which take place on the following day. That’s from anywhere between 100 and 150 who show up to the first day each year (this year’s turnout being a bit low due to late registration). Sadly, I was informed via email that I was not invited to the second day of tryouts.

When I signed up to participate in the tryouts I had a few goals: Learn something, have fun, don’t make a fool of yourself and definitely don’t get yourself injured. I feel that I accomplished all of those. When the tryouts were finished, I was able to view the game of soccer in a new light, with a more tangible appreciation for the sport I have watched countless times. The unifying nature of soccer is what makes me truly love the game, albeit from a fan’s perspective. The community you build as a supporter is magnificent. But when I was on the field, I felt that on another level as part of a team. The feeling of banding together to work towards a goal was something I won’t soon forget.

The Charlotte Independence 2020 season starts on March 8. Check out their schedule here. 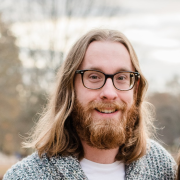