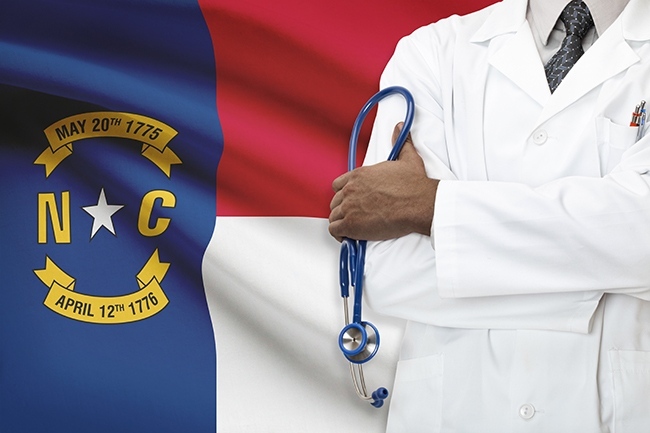 North Carolina has continued to perform below average in a national ranking of state health systems, moving from 35th in 2018 to 34th this year.

In June, the Commonwealth Fund, a nonprofit health policy research foundation, released its annual report comparing state health systems based on 47 measures including health care access, cost, use and disparities.

Nationally, deaths from suicide, alcohol — which includes both deaths from acute poisoning and chronic conditions such as liver cirrhosis — and drug overdose have grown dramatically. In every state, deaths due to those causes rose at least 3% from 2005 to 2017, according to the report, which aggregates information from the census, various surveys, the Centers for Disease Control and Prevention and other data sources.

These parallel epidemics have affected states in different ways. North Carolina was one of 26 states where deaths from drug overdoses more than doubled in those 12 years, from 11.4 deaths per 100,000 people per year to 24.1.

“The fact that North Carolina has not yet expanded Medicaid is going to put it in an infinitely weaker position to address this issue [of drug overdose deaths] if it continues,” said Commonwealth Fund health care analyst Sara Collins, who co-wrote the study. “More than half of people who have an opioid use disorder have incomes under 200% of poverty. If people in that income range don’t have access to Medicaid, it puts the state at a very distinct disadvantage.”

States that expanded Medicaid had more access to the opioid reversal drug naloxone, which can save lives by reversing opioid overdoses, said study author David Radley. But even in states that took that step toward fighting the crisis, drug overdose deaths rose considerably.

“One of the things that is definitely impacting the higher rates of drug overdose right now, which we can’t necessarily tease out of the data, is the contamination of the illicit drug supply with synthetic opioids,” such as fentanyl, Radley explained. “Drug users may not even realize that they’re using an opioid or synthetic opioid; they end up overdosing on the opioid because it’s in the illicit drug supply anyway.”

Across the nation, health care costs have risen, which means consumers have been paying higher premiums and out-of-pocket costs. North Carolinians spent 8.2% of their median income on employee premiums for health insurance, more than the national average of 7%, ranking the state 45th in the nation.

“Think about your family budget for a minute. The total amount that you spend is the result of the price you pay for something and how much of it you buy,” Radley said. “Health care works the same way.”

Although overall spending has risen by about 17% over the past five years, use of health care procedures has stayed about the same, according to the report. That means that the increase in spending comes from higher prices.

“Higher prices are associated with higher overall spending, and higher spending is linked to higher premiums that can burden working families and create barriers preventing people from getting the care they need,” Radley said.

The study authors blamed the lack of Medicaid expansion for the fact that North Carolina ranked 46th in income-related disparities in health outcomes. For instance, 16% of adults said they skipped out on health care because of cost in 2017, but 31% of adults who made 200% or less of the federal poverty level ($51,500 for a family of four) did so.

“In states that haven’t expanded, you see disparities becoming increasingly entrenched,” Collins said. For instance, states with low uninsured rates have much better vaccination rates for adults and children.

With one exception, the 17 states which have yet to expand Medicaid had some of the highest rates of uninsured adults in the country, with North Carolina coming in 9th place with around 16% uninsured.

Access to mental health care is another issue in North Carolina that could be contributing to the number of deaths by suicide, alcohol and drug overdoses.

“It’s maybe telling that North Carolina does rank number 42, near the bottom, among adults with a mental illness who report having unmet needs … who feel like ‘I have an issue that I’d like to have addressed and I don’t have the ability to get it addressed,’” Radley said. “And so in North Carolina maybe that’s a problem.”

The report, available online for free, does not offer solutions to the trends that it observes.

“We have pulled together [this] data just to give policymakers and stakeholders a sense of the dispersion of these three epidemics across the country,” Collins said. “We do not have all the correlates of what is driving each of these, why there’s those regional differences, and we also don’t have an understanding of what’s effective in preventing the rise of what we’re seeing.”

Weird Al Shows His Serious Side ... Sort of