Hilda Mojica worked in the banking industry for many years and hated it.

The never-ending cycle of work and paying bills made her miserable and she saw no light at the end of the tunnel — no opportunity for advancement in her professional life that would make her happy. Oftentimes, she would sit at her desk and daydream about potentials for alternative lifestyles; could she survive out in the wild if the grid went down and money was obsolete? What would life be like in a communal village?

Then one day, she made up her mind to strike out in search of something better. She left her job with the belief that she’d find a better one in no time. However, that didn’t happen in the time frame she expected.

“I left and I thought, ‘I’m from New York and I’ve lived in big cities,’ and I thought I could just get something immediately,” she says. “I went through my 401k and all this stuff, and nothing happened for like two months. Even at the end of the month it was too late. If you don’t pay, the eviction process goes right to court.”

She suddenly found herself faced with a reality that until then had been reserved for her imagination. She got a tent and set it up in the woods, and that became her home. Though she hopes to someday live in traditional housing again, she does not feel sorry for herself or regret her actions. Her life on the streets of Charlotte has allowed her to prove something to herself: that her circumstances do not dictate her happiness.

“I learned an alternative way of living. I had no choice. It happened and I’ve been able to be OK,” she said. “I wake up to the trees and the birds and I’m not stressing about what bills I have. I know that I will eventually get that life back, but this is an experience that I want people to know you can all come to but something better can come out of it.”

That’s just part of a message that Mojica and five others hope to express through the new StreetSmARTs program, a collaboration between Steve Umberger of the Charlotte-based Playworks Group and the First United Methodist Church (FUMC) in Uptown.

The program, which has been 18 months in the making, includes a stage production called Call Me By My Name, written and performed by Mojica and five other Charlotteans who are either struggling with homelessness or have in the past. The stage reading is accompanied by a documentary that tells the stories of each of the six people who collaborated in creating Call Me By My Name.

The program will culminate with two presentations from the StreetSmARTs team at Duke Energy Theater on Sept. 23, which will include a screening of the documentary followed by a performance of Call Me By My Name.

The idea for StreetSmARTs originated with Val Rosenquist, lead pastor at FUMC, who hosts a Muffin Ministry at the church every Sunday morning that serves 150 to 200 people experiencing homelessness.

“First Methodist has a long history of ministries with our neighbors without homes and ministries promoting the arts,” Rosenquist says. “StreetsmARTs combines both of these missions. The program enables our neighbors to access their creativity and to express their own unique understandings of their life experiences.”

When she discussed the idea for launching a creative project with Umberger, who founded Charlotte Repertory Theatre in 1976 and served as artistic director there for 25 years, he suggested that they add an acting class.

“The goal coming into this was to create a way for these people to have a creative outlet and to express the creativity that they have naturally, because we all think that’s essential to human life and development and imagination and collaboration, all of that,” Umberger says. “Then the expression of that goal was a production or a presentation of what they developed or what they built over time.”

What they built over a year and a half was more than a script; they built a family. When I ask Mojica what she’s taken from the experience of writing and workshopping the script around the table in the FUMC basement over the last 18 months, she immediately thinks of the relationships she’s built.

“It’s therapeutic, you know? And we’ve bonded. We’ve gotten to know each other in ways that people normally don’t speak of,” she says.

I visit FUMC on an August afternoon as the group wraps up a recent reading. When I arrive, Mojica is reading a poem about ancestry and the pyramids. As she calls out questions to the group, the script calls for them to answer in unison, but they’re having trouble staying in sync on this afternoon.

Umberger helps with some suggestions about reading the lines in a rhythm, before giving some advice to Mojica about ways she could make her voice carry further. Some members express their anxieties with memorizing all the lines before Sept. 23. When Umberger asks how many people share those concerns, half raise their hands.

When the project began, many members joined and dropped out, but after six to eight months, Umberger says, the final writing team began to take shape. It consisted of Mojica, Belinda Hunter, Paul Lessard, Mary Subach, Scott Anderson and Christina C. Williams, or C.C.

Throughout the fall of 2018 and into the new year, the team began to build a bond while learning each other’s strengths and weaknesses. Then on one spring afternoon, tragedy struck the group — a group that many of the members of which had already begun to refer to as a family.

On Friday, April 5, just after 3 p.m., police responded to a homeless encampment in the woods off Morrow Street near Uptown and found Scott Anderson, known within the StreetSmARTs group as the wildly talented poet Scotty, dead of apparent trauma.

Umberger was in New York City when he got the call. As soon as he heard the news, he could envision the crime scene. He and the StreetSmARTs production team had been in the encampment filming Anderson’s segment of the documentary just a month previous to his murder.

In the footage, Anderson abashedly regrets that he didn’t clean up before Umberger’s arrival.

The team was just a month out from their biggest reading yet when news came of Anderson’s murder, but Umberger remembers that his first reaction was not about what would become of his production.

“Scott had a rough time — a rough, rough life — and then he kept his spirit alive, he kept his sense of humor, he wrote constantly, he kept that inner life going,” Umberger says. “I had thought about Scott not too long before it happened: ‘I really hope Scott is able to cross the line, whatever that means … I hope he’s able to have a little easier time of it.’ So to watch him get closer and closer and closer and then for that to happen, it’s pretty devastating.”

When Umberger returned to Charlotte two days after Anderson’s death, he and Rosenquist went to the encampment in hopes of salvaging some of Anderson’s treasured poetry notebooks, and were able to find and save  “a trove of his writing,” Umberger says.

The video profile of Anderson will remain in the documentary, and StreetSmARTs production team member Mark Sutton will read his lines at the upcoming performance.

Anderson’s murder also had a crushing impact on the rest of the team, as was expressed in updates to the script they made in the aftermath of the incident. In one newly updated piece, Hunter states how she truly felt truly vulnerable as a person experiencing homelessness after Anderson’s death.

“I knew it was dangerous, but I didn’t know it could mean death,” she wrote.

Overall, however, the experience has been a profoundly positive one for those involved — one that has cultivated growth in them socially, creatively and consciously.

Williams, a painter who volunteers in the arts department at Urban Ministry Center and records videos of herself in character as MizKrizz to post on YouTube, is the only member of the group who was already heavily involved in the arts before StreetSmARTs started.

As a two-time stroke survivor, Williams has trouble expressing her words as quick as they come to her, which can sometimes make her shy. But once she opens up, her playful personality is clear to see.

“I enjoy doing what I do,” she tells me when we meet at FUMC, before asking that I include in my story that she’s always looking for a good man. “I’m a flirt, and a freak.”

Umberger calls her “a natural,” and says he’s suggested to Williams that she try stand-up comedy, which she’s considered.

Williams became homeless in 2013, and she bounced between staying with friends and family for three years before securing an apartment in 2016.

“She brings a really refreshing perspective that she’s worked hard to develop because she’s suffered the same sort of discrimination as the others — it’s not that she hasn’t — but her spirit is so big and so bright that she’s already incorporated all of that trouble into her life and she’s more or less on the other side of it, and doesn’t have time for it in a way,” Umberger says. “To have that whole package at the table, there’s a lot of opportunity for story that she has brought into the mix that nobody else could bring into the mix.”

Williams says she’s enjoyed creating Call Me By My Name because it tells her own story as well as that of others. She’s confronted her own shyness and thinks the experience will motivate her to continue pursuing the performing arts.

But what’s most important is the effect she hopes the production will have on those who see it. There is a message that she’s trying to get across in Call Me By My Name, and it ties in closely with that of the other participants.

“I’ve had two strokes, I can still bounce back, and I don’t care what your situation is, you can still do it all,” she says. “You can still be positive, you don’t have to stay where you are at.”

Don't Bank on Your Ex

The Scanner: We're All Just Bags of Teeth

Your Neighborhood Orchestra is a Magnificent Mashup of Local Artists 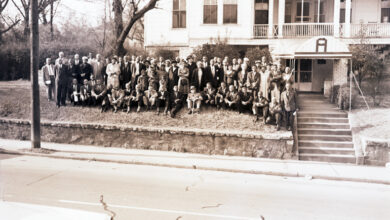 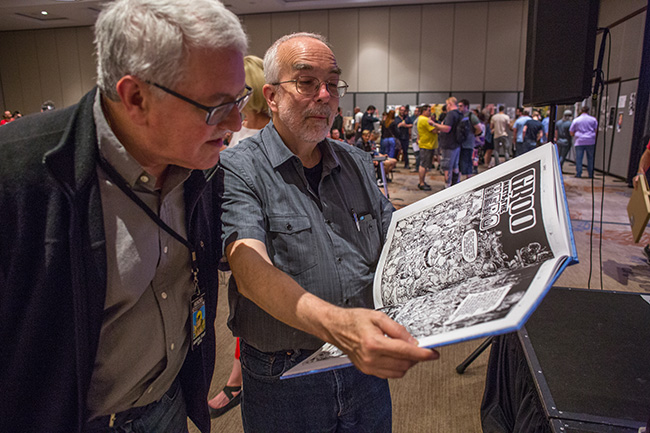 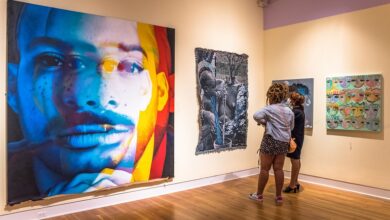 PHOTOS: LOCAL/STREET Art Exhibit Thrives on the Power of the Pop-Up