On the latest episode of Nooze Hounds, I spoke with Genna Contino, local government reporter at Charlotte Observer, about her budding career in journalism, from working in smaller South Carolina towns and cities to coming on with the Charlotte Observer in May 2022. We also discuss some of the stories she’s covered in the time since arriving in Charlotte and chat about a few hot news stories happening now.

A Rock Hill native, Contino graduated from University of South Carolina in 2019, getting her first job in a newsroom just months before COVID-19 changed the approach to local government meetings and journalism as a whole.

Since coming on with Charlotte Observer, Contino has reported regularly on meetings of the Charlotte City Council and Mecklenburg Board of County Commissioners. She has also done deeper dives into an array of issues that involve those local bodies, including housing and transit.

In November, Contino spent a week getting around the city (mostly) without her car to experience just how trustworthy the Charlotte Area Transit System is. On the podcast she described how that story and the engagement from readers following its publication made her feel like she was coming into her own as a Charlotte reporter.

Some other reading to give context to conversations we had on the podcast:

On Thursday, Mecklenburg County District Attorney Spencer Merriweather released a report on Thursday stating that a state investigation found that Mitchell did not actually own 25% of R.J. Leeper, a development company that has done business with the city, which would have put Mitchell in violation of state law for a conflict of interest.

Mitchell has insisted since the allegations came up that he did in fact keep a 25% ownership stake, well above the 10% allowed by state law if he is to serve on city council and the city is to continue working with the firm, but the investigation found that his stake was actually taken as collateral when he failed to repay a $375,000 loan he received to buy into the company when he became president the last time he left council. You can find Contino’s latest reporting on the Mitchell investigation here.

In summer 2021, Mecklenburg County let the lease run out on Latta Plantation’s management company after my tweet about an offensive Juneteenth event that appeared to center plantation owners and other white people affected by the end of slavery garnered national headlines and drew protesters from all around the area. The county is currently in the process of rebranding the former plantation property to serve as an educational site. You can read Contino’s reporting about where they are in that process here.

We also discussed the latest conversations around a new Charlotte Transportation Center in Uptown, on which Contino reported earlier this week. 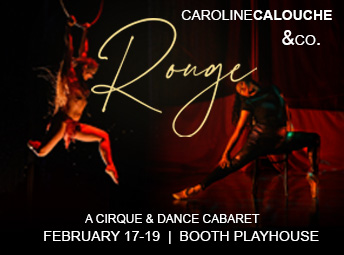