On New Year’s Eve, I had the “pleasure” of meeting a friend of a friend whose first introduction was a declaration that he had full intentions of finding a lady on a dating app that he could kiss at midnight. (For those that were questioning my integrity, yes, I was 6 feet of safe from this young fella.) I sized him up and chuckled. “This should be fun,” I thought to myself as I took a sip of my then-warm beer. After all, I was thoroughly intrigued.

He took a poll around the table with a “wink and a gun” kind of smile on his face. “Which two apps do you think will be the most promising: Hinge, Bumble, or Tinder?” I admired his sprightly confidence. The entire table spiraled into the conversation around the success of certain dating apps and the “psychos” they’ve attracted from others. He ended up, or so he said, creating two last-minute profiles on Tinder and Bumble with a single picture and a profile/selling point suggesting he was, “Looking for a New Year’s kiss,” plus his phone number.

Quite the social experiment if you ask me, but with the 9 p.m. curfew closing in and no suspects chomping at the bit, the excitement was short-lived. Nevertheless, the chance encounter piqued my interest. I began to wonder, in these grim COVID-19 times, who’s taking a chance on finding love (short-lived or long-term) in the era of “quaranpeen?”

The dating app world has continuously befuddled me. I’ve always met people organically and therefore never had an interest in joining the online-dating world. I know very little about the mechanics of “swiping” or which apps allow women to control the interaction or how many dating apps even exist. And yet, the conversation constantly circles around me.

“A buddy of mine got banned from Hinge and he is DEVASTATED! [Not to mention] he was in Florida messaging 25 girls when it happened! He’s talking about filing a lawsuit.” That’s the most recent unsolicited statement that tumbled onto my table following the NYE debacle.

Curiosities have filled the corners of my brain. “How does one get banned from a dating app? What happened that was SO APPALLING that the app AGREED a ban was warranted? TWENTY-FIVE girls?” But before any of those answers could come out, the conversation moved to the more serious nature of the ban.  Apparently, “Hinge is like St. Lucia, Bumble is like Myrtle Beach, and tinder is like Shelby, NC!” These comparisons were all shared between exasperated bellows of laughter and the sense that the “buddy” had royally screwed up his chance for finding true, resort-style love.

Bewilderment. Sheer terror. Gratitude. All were felt in that single moment as I thought about my friends braving the wild, searching for companionship during cuffing season in the midst of a pandemic! As a woman who’s spoken for, the dating scene remains one of the most intriguing aspects of nightlife.

As the months of quarantine life have dragged on, I’ve watched friends become lovers, strangers become serious, singles serial dating, and thots still thotting. But it wasn’t until these recent conversations that I began to question if the dating world was simply “business as usual.”

After putting my ear to the ground, the answer seems to be an unequivocal yes. Yes, people are still dating. Yes, in spite of the pandemic. And yes, the shenanigans, complications, drama, and game-playing that preceded COVID-19 have continued.

Friend: “I’ve been on it and off [dating apps] for I don’t know how long and I swear the same dudes are still on it … like I’m talking years. And apparently, the apps will only show you profiles that have actually been active within a certain time frame like a week I think … so when people say ‘Oh it must be from years ago, I didn’t delete it properly…’ LIES! Also, the top bachelors on there have literally hooked up with every girl in Charlotte. I honestly have to ask ALL my friends before I talk to someone on it to confirm that they haven’t, one, been on a date with them or, two, slept with them … chances are very slim they haven’t done either.”

And yes, many app users are approaching with caution, citing anxiety over not only catching COVID-19 but catching a plethora of other “viruses,” because how safe can one be when there’s a chance the person you’re entertaining via text is also juggling 24 other potentials?

Hinge. Bumble. Tinder. The League (allegedly home to the cream of the dating crop). Coffee Meets Bagel!? Whatever your preferred method of emotional or physical transaction, the dating world in the Queen City hasn’t shut down. A simple poll will reveal that even in the face of “extenuating circumstances,” the hunt for companionship is still on. Play on playa. But beware, you may just be falling right into the trap of the “Queen’s Gambit” and setting yourself up to fail right from the start.

[Read more of Aerin Spruill’s Aerin It Out columns]

Returning To Live Shows Is Like Reconnecting With a Lost Love 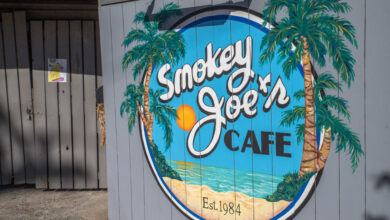 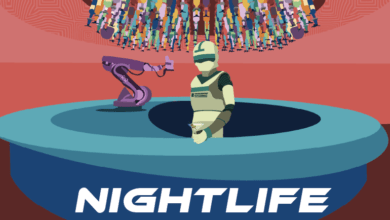