I haven’t always agreed with North Carolina’s U.S. senators, but I appreciated a recent opportunity to meet with Senator Thom Tillis’ office to discuss something where I believe we can find common ground: ensuring fairness and equality for all Americans through LGBTQ nondiscrimination legislation.

My friend Karen Graci, a fellow active PFLAG Charlotte member, joined me when we met with Tillis, also visiting Sen. Richard Burr’s office. We emphasized Congress’ potential to finally enact LGBTQ nondiscrimination protections this year, and that Karen and I look to our senators to hammer out details of this crucial legislation.

My husband and I were raised in Texas, in deeply conservative families for which our faith was central. We are raising three lovely children — one 17; the others 13-year-old twins.

Before we left Texas, one of our twins, Andie, made clear in words he could muster as a toddler that he was not a boy. We pushed back, but he was insistent about his feelings over several years. I struggled, not knowing where to turn.

A move to North Carolina

After we moved to Charlotte, my anxieties about how to best support Andie as he grew up led me to tell my husband, “I have to go somewhere to talk about this.” He understood just how broken I was in my confusion.

That’s when I discovered PFLAG, an organization of parents, families, and friends who support their LGBTQ loved ones. What I learned there fundamentally changed what I thought I knew about Andie’s life, the innate nature of what he experiences, and the obstacles he faces growing up.

PFLAG rescued my family. Andie now identifies as gender-diverse — though he continues to use male pronouns — and my road to fully supporting him has been one of life’s sweetest experiences. I am renewed in the faith I expressed at his birth from Psalm 139:14, “I praise you because I am fearfully and wonderfully made; your works are marvelous.”

I often discuss with PFLAG friends how winning the support of their families was merely the first hurdle for our loved ones to surmount. They faced challenges going to school, seeking medical care, going out in public, and looking for jobs and homes as adults. Coming out and being visible and embraced is a lifelong journey — one that guides our chapter’s partnerships with local health-care systems, businesses, and the legal system.

The difficulties facing LGBTQ folks are not simply things I’ve come to understand in my family and witnessed among friends. Discrimination has profoundly damaging consequences for LGBTQ Americans. One in three LGBTQ folks, according to a 2020 survey, experienced discrimination — in public spaces, on the job, in schools, and in their own neighborhoods — in the previous year. That  number rises to 60% among transgender and gender-diverse people.

Transgender and gender-nonconforming Americans are among the most vulnerable, experiencing unemployment and poverty at two-and-a-half to three times the national average, with almost one in three having endured homelessness. Violence also stalks the lives of trans people — with a record 44 hate-motivated murders last year. Unsurprisingly, psychological distress — including self-harm — far exceeds that confronting Americans generally.

There is now hope that Congress might finally act. For the first time, both Democrats and Republicans have put forward measures that add LGBTQ protections to our nation’s civil rights laws. The major disagreement between the two parties involves balancing the urgent need to protect LGBTQ people with the religious freedoms all Americans cherish.

Finding a path to getting that job done is what legislators do when committed to solving problems, and Senators Tillis and Burr can look to the 21 states — including our neighbor Virginia — that have adopted laws prohibiting anti-LGBTQ discrimination without compromising religious freedoms.

Washington can do the same, with senators reaching across the aisle to end the divisive pattern of pitting religious liberties against the rights of LGBTQ Americans — precisely the type of issue resolved in every major civil rights advance, from the 1964 Civil Rights Act to the American With Disabilities Act.

Something for Senators Tillis and Burr to consider as they leave Washington for their August recess: My family and thousands of other North Carolina families are counting on you! Upon your return after the Labor Day weekend, please act accordingly.

Sarah Eyssen is a parent, a North Carolinian, and member of the PFLAG Charlotte chapter. 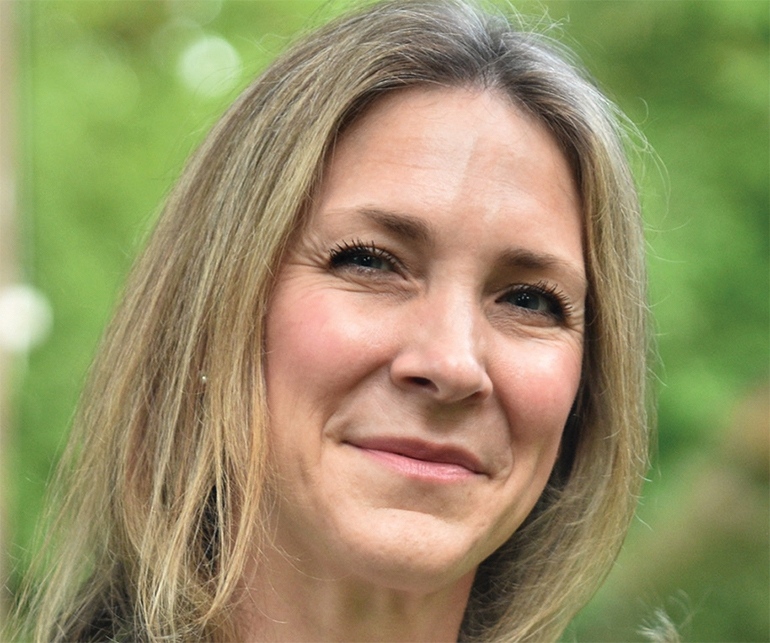