[Editor’s Note: The following is an op-ed sent in by an outside contributor and should not be seen as an endorsement or pronouncement by Queen City Nerve’s editorial staff in the lead-up to the November election. Jennifer De La Jara currently serves as an at-large representative on the Charlotte-Mecklenburg Board of Education. She was unsuccessful in a primary bid for an at-large seat on the Mecklenburg Board of County Commissioners in May 2022.]

And while many people repeat this quote, I think it’s actually a false choice. I think we are called to give hungry people food when they need it. I also think we are called to change the conditions that create the reality of hunger for far too many of our neighbors in our prosperous community to begin with.

In our local community, we are fortunate to have grassroots organizations like Block Love CLT and nonprofits like Loaves and Fishes/Friendship Trays who feed our houseless and economically challenged neighbors when they are without food. Their job, which they do tremendously, is to give people the fish.

Those of us, like myself, who are elected to serve in local, county, state, and federal government have the responsibility of addressing the root conditions that create these widespread populations of people in our community who are houseless and without a path to fish.

Politically, one of the things that frustrates many non-voters is a perceived lack of action by both major parties to address the harsh realities facing everyday people. And while I am known to openly critique the Democratic Party, of which I am a member, I am aware that — whether it’s on issues like minimum wage, voting rights, health care, reproductive rights, or education funding — the largest resistance to progress on a state or national level consistently comes from the Republican Party.

That said, we must also acknowledge that there are also subcategories of Democrats who do the work of the Republican Party while keeping a “D” beside their name. Nationally, I would place Joe Manchin in this subcategory. Here in Mecklenburg County, we have our own version of this type of Democrat; her name is Pat Cotham.

Unlike conventional Republicans who do little to address homelessness or food insecurity and instead seek to criminalize the houseless or simply ship them out of our sight, as happened in Uptown in the lead-up to the Republican National Convention, Ms. Cotham takes a seemingly more benign approach to maintaining our status quo.

This is likely the reason that local Republican strategist Larry Shaheen, who has been funding conservative candidates running in CMS school board races, praised Cotham as “the most effective county commissioner” during Republican Ed Driggs’ recent Friday Coffee with Ed call. Effective? Really?

Last spring, I ran an unsuccessful primary challenge to Pat Cotham’s seat on the Mecklenburg Board of County Commissioners precisely because she is the most ineffective commissioner our county has. One of her commonly touted campaign pitches is, “You won’t find me in the Government Center because I’m on the streets.”  The problem with such a crowd-pleasing statement is that her job actually is to be in the Government Center. Commissioners are charged with creating policy and strategically allocating funds to solve for issues like housing insecurity and food deserts.

Cotham’s job as a commissioner should be centered in prevention. Taking hamburgers to people experiencing homelessness on the streets is an intervention. It’s a performative populist act that we all know about because of her incessant tweeting about it. That’s on us as Mecklenburg County citizens for falling for it, though.

I’m glad she has the heart to do that work, but my point remains that she is elected to solve root issues and, unfortunately to that end, she doesn’t contribute in any meaningful way to the work of her Board.

In 2019, Pat Cotham was the only county commissioner who voted against a budget that would allocate an unprecedented $22.5 million for affordable housing and $8.1 million for reducing racial disparities, including $3.3 million for small businesses. As a member of the county commission since 2012, prior to the arrival of new commissioners who unseated named Republicans Matthew Ridenhour, Bill James, and Jim Puckett, Ms. Cotham was complicit in repeating long-standing misdirection when asked about affordable housing.

“The County doesn’t have anything to do with housing. That’s the City,” she said.

This type of cover for Republican governance tracks with the subtle accusation she made on Sept. 7 that our Democratic Mecklenburg delegation in the North Carolina General Assembly may have made “some kind of deal” with Republican legislators in Raleigh that led to five urban counties, including Mecklenburg, being cut out of additional educational funding.

I find it very interesting that a so-called Democrat would plant that specific seed against her fellow Democrats. Equally as interesting that evening were her comments referring to Republicans cutting Mecklenburg County out of education funding as “equitable.” They bore a striking resemblance to the comments from Terry Stoop of the right-wing John Locke Foundation when he said, “If a Democratic majority had enacted such a measure, they’d be hailed as champions of educational equity” in response to N.C. Sen. Dan Blue’s Senate floor comments accusing Republican NCGA leaders of purposefully excluding Democrat-controlled counties.

For those who don’t know, one of our greatest sources of inequity in CMS is underfunding from our state under the Leandro case, something our Mecklenburg delegation constantly fights for.

I’m a Democrat myself, and I take great pride in my relationships with Republicans in the county. My concern is not that Ms. Cotham considers the perspectives of Republicans, but that she actually is one — one who puts a “D” beside her name in order to win in Mecklenburg. Some say she is an independent voice on the commission; I say she is a wolf in sheep’s clothing who creates unproductive divisions within the Democratic party.

I’m under no false illusion that this op-ed will change the outcome of Cotham’s current campaign to keep her at-large seat on the Board of County Commissioners.  The general election vote includes Republican voters, which I believe guarantees her the top vote-getter position in a race of four candidates.

Again, the Republicans clearly understand who she is.

What’s most disturbing is the number of Democrats who will also show up in droves to vote for an incumbent who would receive a gold medal if retail politics were a sport. For all the outcry that comes from “the Left” about not wanting performative politicians, Democrats sure have a funny way of showing up to vote for the politician who has most of us fooled with these measures.

To remedy this, I suggest that readers start tuning in to Board of County Commissioner meetings, live-streamed every other Tuesday night, to get a real sense of what commissioner Pat Cotham stands for. Maybe you will come to the same conclusion I have: that Pat Cotham is a Republican and it’s time Democrats admit it. 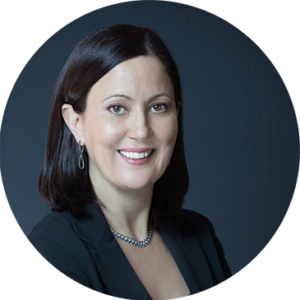