We as parents, teachers, former students and invested citizens of this county, should demand that Charlotte-Mecklenburg Schools (CMS) sever all contracts with CMPD and eliminate school resource officers (SROs) from all schools in this district. Upon the board taking this action, we should demand that the portion of all current and future CMS budgets allocated to staffing school resource officers be re-allocated to provide resources and training dedicated to diversity, equity and inclusivity competencies and the expansion of mental health resources available to our students and teachers.

Why We Have School Resource Officers and What They Do

The national response in 1999 following Columbine was to increase the number of school resource officers (SROs) in schools, the logic being that these officers could prevent school shootings. This prompted the hiring of thousands of SROs across the country. More than 20 years later, there have been rare occurrences in which school resource officers have been credited with stopping a school shooting, but for the most part, they’ve spent their time criminalizing behavior that used to be handled by school administration.* According to the Harvard Civil Rights and Liberties Law Review, SROs have arrested nearly 100,000 students every year on average for low-level civil violations and misdemeanors. Some of those violations and misdemeanors sound like this:

– A 14-year-old boy getting arrested after bouncing a basketball in a school hallway and slamming a classroom door shut. He was handcuffed, taken to the police station and charged with “disturbing a lawful assembly.”

– A middle-schooler being charged with criminal assault and battery “for throwing a baby carrot at her teacher.”

What’s the common thread between those three examples? They’re all students of color.

School systems and police forces are inherently racist. The data doesn’t lie: 70% of all students arrested by SROs are Black or Latino. Of those students, 75% of them are physically restrained at school and/or handcuffed, some of them under the age of 5. If you say this doesn’t apply to CMS, I ask you, why do we have the most segregated school system in the state? Why have I seen SROs use pepper spray on my own students? Why have I seen a 6-year-old with bruises on his neck after being removed by an SRO? If you don’t believe CMPD has racist cops, I can tell you that I experienced that racism every night in the early protests. I’ve been hit, called a wetback, stampeded, shot and tear-gassed right alongside teenagers and teachers. The SROs in our schools come from the same department as the officers who did those things to me and worse to others. People who do such things shouldn’t be around children. Remove SROs from our schools.

Most people I’ve spoken to who want to keep SROs in schools use the same reasoning: that SROs de-escalate situations such as fights and are needed in high-intensity moments. In my years teaching, coaching teachers and working with different school districts, I have never found myself in a position where the SRO was even in the same building during an “escalation.” Speaking broadly, teachers deescalate, not SROs.

In addition, the majority (all) of the people I have spoken to who are in favor of SROs happen to be white. I think there is something to unpack there. In the end, there are some arguments made that warrant consideration if you’re part of the old guard, but if you’re one that is “woke” to the idea that having police officers in schools is just another cog in a system designed to perpetuate inequality, then you know that there are simply too many cracks in the reasoning given for staffing SROs. The arguments fail in logic, but most importantly, they fail in principal.

In the ’19-‘20 CMS budget, SRO’s were funded using the logic that, “…School Resource Officers can help prevent school violence, provide support and assistance to at risk children, divert youth from the criminal justice process and create a safe, secure learning and teaching environment.” We don’t have to work very hard to break down the failure in that reasoning; we already have. The key phrase that should stick out to us is the fact that SROs “divert youth from the criminal justice system.” At 100,000 arrests annually across the country, it sure doesn’t sound like that’s what they do.

Another issue with the role of the SRO is the fact that CMPD has a very different understanding of their role in schools. According to the city, “The role of the school resource officer is to serve the schools as their community officer and enforce all local, state and federal laws. The SRO also serves as a law related advisory to school administrators, parents and students regarding legal issues.”

Our schools are not prisons, their hallways are not the sidewalks on Tryon; they are sacrosanct. They are spaces where students from struggling homes dealing with all sorts of socio-emotional issues projected onto them by society come to learn English and algebra just as much as they come to understand how to process the reality that is their lives. Teachers help them do that, not police officers who walk around ensuring that they follow the law while walking from 1st block to 2nd block.

Lastly, CMPD also sees the SRO as somebody who helps “promote and foster the ongoing partnership between law enforcement, the school system and the community to ensure safer schools, successful students and productive citizens.” The hilarity of that should not be lost on you. All an SRO does is further drive the distrust between kids and police officers, especially in majority-minority schools where most students see cops as “the danger.”

There is genuine animosity between SROs and students, and after being out for 10 straight nights and having seen the number of kids under 18 out at these protests being shot with pepper balls, stampeded with bikes and tear-gassed by men with badges, starting the 2020-2021 year with CMPD in schools would be an egregious mistake — especially considering that these protests do not look to be going anywhere anytime soon. Many adults feel the same way. If I were still teaching in the classroom, I would not be able to control my tongue if I saw an officer in my school every day — not after what has taken place this June. I know many teachers feel the same.

SROs and The CMS Budget

CMS dedicated $623,586 to funding SROs in ’18-’19. That number dropped last year to $384,875. This year, they are asking for a $60,000 increase. So for the sake of argument, if we remove SROs from schools and therefore from the budget, we are left with $444,875 that can now be allocated elsewhere. The challenge is that $444,875 is not that much money. Many of us progressives have a dream of having multiple therapists in each school, but that simply isn’t possible with this surplus. But there are options.

For that money, we could put seven administrators or facilitators from every school in our district through something called Racial Equity Institute (REI). This is a highly effective training designed to help school leaders understand and address racism within their systems and practices. I’ve been through it. It’s challenging but it radically changed my approach to this work.

Addressing the systemic racism that is ingrained into the DNA of our school system is important, but to appease those who will ask for an alternative to SROs, I say that we can send those same administrators and facilitators to any one of the dozens of Trauma Informed Conflict Resolution trainings. We could double down on restorative justice trainings. There are dozens of solutions that could fill dozens of pages and I trust the equity committee to identify the appropriate resources.

We simply need assurances from the CMS Board of Education that the SRO budget is reallocated to those resources. Or maybe the board could take this opportunity to redesign the budget entirely. Why? In 2018-2019 CMS approved a budget that spent $623,586 on SROs in comparison to $254,000 allocated to “Cultural Proficiency.” Think about that for a moment. Cultural proficiency and relevance training is arguably the most important aspect of modern education.

I must say these solutions feel pathetic … Petty … Like spitting into the wind. They’re embarrassing to type. But our city has shown an incredible lack of leadership in the last few months. What we need right now is decisions and actions. However small. Our school board can make a decision, on Tuesday, that will address the issues our society is currently wrestling with. It may be little. It won’t fix our broken education system. It won’t fix the race issues in our city. But taking this action can send a message to the 90,000 kids of color in CMS that we are thinking about them and that somebody has heard their voices.

[*Correction: An original version of this op-ed claimed that there were no proven instances in which school resource officers were credited with stopping a school shooting, which is untrue.] 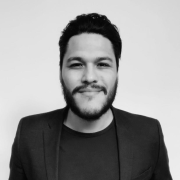