As a guitarist for JaggerMouth, a band he formed in Hickory and slowly moved down to Charlotte as band members rotated throughout the 2010s, Nic Pugh preferred to lead from behind, writing lyrics and orchestrating songs but hiding behind his guitar on stage.

Throughout JaggerMouth’s six-year run and multiple other side projects, Pugh always wanted to be a front man, while not being necessarily ready for it.

With his new debut solo album, In Medias Res, set for release on July 12, Pugh takes center stage with nine tracks that he can’t hide from. Judging by his first two releases, “The Architect” and “Morning Glory,” which we’re streaming below, his newer songs are a slowed-down, more personal side of Pugh.

That’s exactly what he was afraid of.

“I’ve been wanting to do [solo music] for like 10 years, but I don’t know, I think I just didn’t really have the courage to be the dude in front for a long time,” he said. “I’ve done that with hardcore bands — and not to say that people that do that are doing any less of a job — but it’s different to go out there and just scream into a microphone and get in people’s faces. That’s a totally different vibe than being like, ‘Here’s some really low-tempo songs, really delicate songs, that I have to play and sing.’

“It took a little bit of courage to be like, ‘Fuck it, I’m just going to do that.’ And I wish I would have done it sooner, for sure,” he continued.

There’s no better time than the present, and after recording nearly 40 songs at Brandon Hamby’s Dead Peasant Studio in Elkin over the last year-and-a-half, then shunning most of them, he’s got nine songs that he’s ready to share with the world.

While Pugh wrote and orchestrated the songs for JaggerMouth — which mutually disbanded after the 2017 release of The Album Formerly Known as Record — every track was a group effort between that five-piece.

Not so with a solo effort, Pugh said.

“It’s weird, because there’s no more cooks in the kitchen. It’s just me, so I overthink everything,” he said. “Brandon will sprinkle some stuff in here and there, but most of the time it’s just me being like ‘I fucking love this song,’ and the next day it’s like, ‘I fucking hate this song, let’s fucking delete it.’ Brandon being Brandon, he’ll never do that … He thinks I’m crazy, which might be the case.”

What came out of that craziness, at least as its expressed in the two songs Pugh has shared with Queen City Nerve, was a blend of sounds behind lyrics depicting true experiences from Pugh’s life.

“Morning Glory” (above) is a somber, slow-moving song that builds up to an emotional ending. With “The Architect,” (below) the tide rises, spitting the listener out of their sensory-deprivation tank and into a melodic soundscape, with straight-forward lyrics that only become more stormy as it goes.

Local musician Ian Pasquini played violin on both songs, while Tim McFall played trumpet on “The Architect.” Daniel Biggins played drums throughout the album. All other instruments are played by Pugh.

“It was just a bunch of influences kind of coming out,” Pugh said of the album’s range of sounds. “I wanted to pay a lot of attention to making songs that really paint a picture, not just lyrically but instrumentally, like you definitely imagine something specific when you hear the instrumentals.”

As for the lyrical content of the album, Pugh said each song tells a specific story, about 90% of which are experiences that he’s lived through.

He doesn’t like to get more specific than that, however.

“I want it to be whatever the listener wants it to be,” he said. “Of course, you always have specific things, and I tell a lot of specific stories … but you know how it goes, you listen to a record and you come up with your own thing.”

And now after 10 years of wishing and nearly two years of working, Pugh can finally say he’s come up with his own thing.

Nig Pugh will host a record release party for In Medias Res with Gardeners, LeAnna Eden and Dylan Gilbert on July 12 at 9 p.m. at Petra’s, 1919 Commonwealth Ave.; Entry is $7 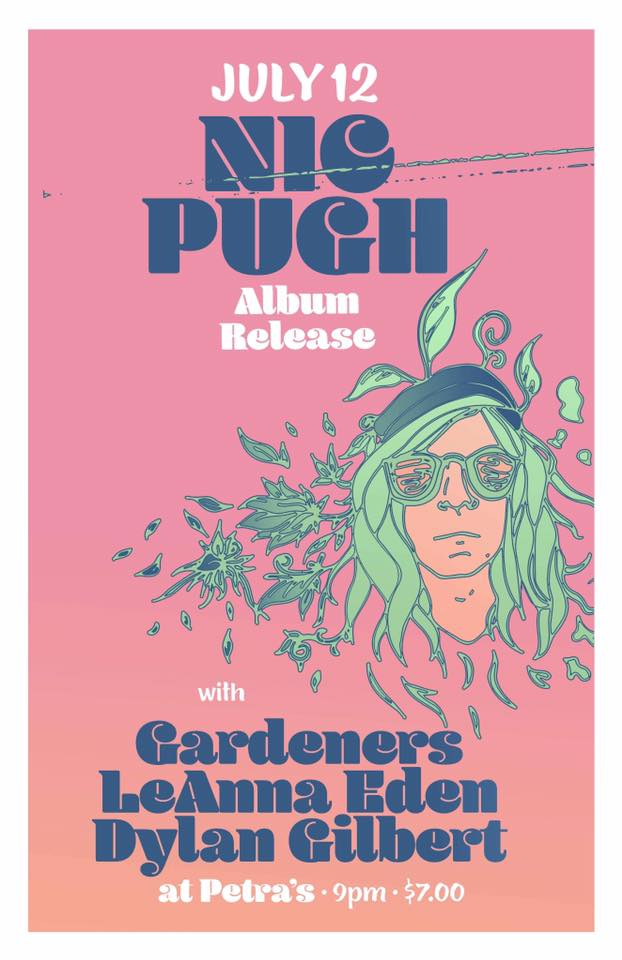