What a weird time for a print day.

As I’m writing this, it’s right around noontime on Election Day. In a few hours, we will send Vol. 2, Issue 25 to print, and I have no idea what sort of landscape the paper will be dropped off in tomorrow morning.

Will we know who won the presidential election? Probably not … but maybe. Even if not, there are countless ways the night may have gone. Did Trump announce victory prematurely so as to begin his war on the rightful counting of absentee ballots? Was there unrest in the streets of D.C.? New York City? Charlotte?

I have no idea what will happen between now and this time tomorrow, but there is one thing I am certain of: Whoever wins the presidential election, they won’t fix the problems we face locally.

I’m not going to be that person who says, “Both candidates are the same! It doesn’t matter who you vote for!” This presidential election is absolutely crucial to the future of our country for many reasons, and there’s nothing you can tell me to convince me otherwise.

However, one thing I’ve always been adamant about is the fact that no politics affect your day-to-day life more than local politics. The people you vote into city council, county commission, and state legislator seats will pass policies, ordinances and laws that have a bigger effect on your quality of life than anything the president does.

Disclaimer: I understand I say this from a position of privilege, and even if Trump is voted into a second term, there’s a good chance my personal life as a white man won’t be nearly as affected as, say, an undocumented immigrant who feels hunted by an emboldened ICE agency or any person of color who has had to watch the return of normalized violent white supremacy under the Trump administration. There’s no way to downplay such things, and these issues deserve our attention.

That being said, speaking in a broader sense about issues such as bringing resources to underserved communities, improving mass transit, bolstering affordable housing, passing a new nondiscrimination ordinance for LGBTQ+ people and other similar efforts, it’s important to remember that all of these things happen at within the realm of local politics.

The two most localized bodies of government, Charlotte City Council and the Mecklenburg Board of County Commissioners, are either not on the ballot until next year or not seeing any contested races, respectively.

So yes, you should care about the presidential election and whatever the hell is going on by the time our new paper comes out, but I also have a strong hope that this new wave of political engagement that has led to the largest early-voting turnout in state history will inspire folks to stay engaged by getting involved in their communities moving forward — whether it be in local politics at the Charlotte-Mecklenburg Government Center or at a grassroots level.

In this week’s news feature, I take a look at efforts by Charlotte City Council and community organizers to curb the rising gun violence in Charlotte.

Lucille Puckett, founder of anti-violence community organization Take Back Our H.O.O.D.S., has run for mayor in Charlotte multiple times. She’s only become more impassioned about her platform to end community violence since losing her son Shawn Harbin Jr. to gun violence in March 2016.

Though she’s yet to run a successful primary campaign, she hasn’t been discouraged. She just continues her work on the ground, showing up at homicide scenes to console family members and spending much of her free time in underserved neighborhoods connecting with at-risk youth.

For her, the work is not just done on a local level, it’s done on a personal level.

Again, I won’t claim that this presidential election won’t have a huge impact on our country. But I do hope that, regardless of the outcome, the folks doing the real work on a city level, on a neighborhood level, on a personal level, will keep their heads down and continue to do so — while being joined by even more folks who want to get involved.

I know it’s not even a question for Puckett, who already plans to run for mayor again in 2021 despite the disappointments of the past. She let me know her plans in a text message followed by three simple words that will make for a fine campaign slogan: “Change is coming.”

A Resident Describes the Struggles of Voting While Deaf 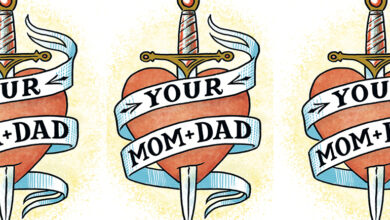 Savage Love: My Partner Had Sex with my Parents