“Yahya! Yahya! Yahya!” The audience chanted in support of Yahya, aka The Gifted One, as he defended his Pure Championship belt against opponent Alan Angels. The match was the main event in PWX Pure Seventeen, a raucous and lively event held at Hebron Hall in the Starmount area of south Charlotte on Sept. 14.

PWX Pure is the developmental branch of Premiere Wrestling Xperience (PWX), an independent, Charlotte-based wrestling promotion company run by CEO Brian Kanabroski and Executive Producer Patrick Price. According to Kanabroski, PWX aims to be a nationally recognized brand with working relationships across the world of professional wrestling. The immediate goal is to expand events eastward within North Carolina while continuing to draw unique and talented performers.

Kanabroski inherited the company from a partnership in 2013 and has since concentrated on branding and gaining positive attention in the industry.

“When I started, we were drawing 60 [people],” Brian shared, noting the significant growth PWX has experienced since he stepped in. At PWX Pure events now, attendance ranges from 150 to 180 while the main roster events pull anywhere from 400 to 1,000 attendees — depending on which wrestlers are slated to perform. Several PWX alumni and special guests have gone on to have prominent roles in national brands including Cedric Alexander, A.J. Styles, Kevin Owens, Samoa Joe and the Hardy brothers.

One reason for the growing success of PWX is its inclusiveness; at Pure Seventeen, the audience and performers are diverse and a message of tolerance is played before each event, stating that “Wrestling is for everyone.” Kanabroski expressed pride at how PWX is at the forefront of independent wrestling promotions when it comes to breaking barriers and supporting marginalized communities.

PWX gave a platform to Darius Lockhart, a local wrestler who said he uses wrestling “in order to evoke change on a social and political level, spreading a positive message of hope and resiliency against hate.”

The company also books LGBTQ+ wrestlers like Effy, who breaks macho wrestler stereotypes with a pair of fishnets and “Daddy” emblazoned in pink across his rear. Kanabroski said that he simply listened to the fans and responded, noting that they are open about what they want to see in their wrestling.

“It doesn’t matter what your beliefs are,” he said, “it’s the belief in wrestling that counts.”

Saturday’s show featured the first women’s match in PWX Pure history — between Savannah Evans and Ultra Violette — a dynamic fight filled with literal twists and turns. Savannah, a Charlottean, won the match decisively (with a little dubious help during from her manager The Tommy Thomas while the ref was distracted).

The above-mentioned referee, Yolanda Wright, had her hands full more than once during the evening. During what was supposed to be a singles match between Cody Fluffman and Josh Powers, rogue wrestlers TK Stark and Beastly joined in to put Fluffman through the wringer while Wright was helpless to stop the thrashing. There’s only so much one can do when a wrestler is prone to biting his opponents in rabid fashion. The match set up the potential for retaliation at the next Pure event.

The audience is the lifeblood of PWX matches. There are at least two events monthly, with PWX Pure right here in Charlotte and main roster events held across North Carolina as the market expands to places like Asheville and Raleigh.

“Whether I’m a good guy or a bad guy, the objective is to get the crowd hype either way,” said Beastly after Saturday’s match. “So I just find things that work to get them loud and talking.”

During his match, that “thing” happened to be a length of heavy chain he struck against the back of an unsuspecting Cody Fluffman in a sudden betrayal.

Wrestler Bobby Ballantyne is a local who pays homage to Charlotte from his name to his outfit, and he enjoys the home crowd.

“It’s always fun wrestling in front of a new crowd and getting to show what you can do, but it also feels good to be at home in front of a crowd that knows you,” he said. “Between getting to wrestle in front of family and friends and already having that connection with the fans, it really does feel like being at home.”

In 2013, Ballantyne went to his first PWX event and saw Cedric Alexander — a fellow black man and now a WWE star — participate in a ladder match. “It was just cool to me to see someone that looked like myself in such a prominent role,” he said.

That moment ultimately brought him to this Saturday’s event, in which he wrestled against Cam Carter (who ended up winning by pinning Ballantyne down by his shorts).

The main event featured fan favorite and current Pure champion Yahya, The Gifted One, defending his title against Alan Angels. The crowd, which had been chanting and cheering vehemently all through the evening, showed no signs of settling down for the night’s climax. The wrestlers delivered, pitting brawn against agility and holding nothing back. Yahya did not disappoint, snatching away any hope of victory from Angels and retaining his belt to fight another day.

Pure 17 also showcased The Mane Event, who defeated Filth in their PWX debut. Lucky Ali, CJ O’Doyle and the tag team of BoJack and Patrick Scott were also victorious.

In talking about the community that’s formed around PWX, Kanabroski touched on the hashtag people use for these events, #PWXfamily: “It’s like a family reunion every two weeks.”

Tickets for PWX events are available (and extremely affordable) on the company’s website. The next Main Roster events are 2 Close 4 Comfort this Sunday, Sept. 22, 7 p.m. at Cabarrus Brewing Co. and Lights Out scheduled for Oct. 12, 3 p.m. at the Cabarrus Arena Event Center. Pure Eighteen is set for Oct. 20, 4 p.m. at Hebron Hall. Past events can be viewed on PWX’s YouTube channel, and they offer a streaming service for $4.99 a month highlighting entire PWX events and other promotions. 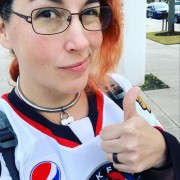 Opinion: We Can Reduce Gun Violence in Mecklenburg County