Charlotte’s food scene is on the rebound, with new restaurants popping up across the Charlotte area as the industry begins to recover from two of the hardest years its seen. Yet with so much going on, it can still be difficult for some diners to break from their typical routine, get out of their neighborhood bubble, travel to a different area and try a new concept.

Queen’s Feast, formerly known as Charlotte Restaurant Week, offers a prime opportunity to do just that.

From Friday, July 22, through July 31, more than 80 restaurants around the Charlotte Metro area will offer three-course, prix fixe dining deals ranging from $30 to $45 per person, depending on the restaurant.

This summer’s participating restaurants are located in Mecklenburg, Cabarrus, Iredell, Gaston, Union, Catawba, Stanly, York and Lancaster counties, including nine newcomers in a dozen locations, which we’ve highlighted below.

Visit the Charlotte Restaurant Week website for the full list of participating restaurants and their special Queen’s Feast menus or to make reservations.

Drift is a chef-driven chophouse that opened on Lake Wylie in May and offers a menu anchored by ingredients locally grown and sourced from the Carolinas. The restaurant’s contemporary barn look serves as a nod to Gaston County’s farming roots while bringing into focus its modern lake life. Drift is by the same team behind The Pump House in Rock Hill and Napa at Kingsley in Fort Mill.

In his May 2022 review, Queen City Nerve food critic Timothy DePeugh called Chef Alex Verica’s new restaurant, PARA, in South End a “blockbuster” and raved about the crab Rangoon, which happens to be on the Queen’s Feast menu. The restaurant is known for its globally influenced small plates that are meant to be served family-style and highlight local farms such as Freshlist, Small City Farmer, Urban Gourmet Farms and Vital Greens Micro Farm.

Old Pineville Premium Pub is a family-owned neighborhood tavern in the lower South End area with a large, partially covered patio and over a dozen TVs inside and out. They’ve got classic bar apps plus a big selection of wing flavors, salads, burgers, tacos and sandwiches. For Queen’s Feast, they’re highlighting their signature Boom Boom Shrimp as well as an oven-roasted 12-ounce prime rib.

Los Angeles-based Silverlake Ramen, located in both South End and Concord, is offering not one but six prix-fixe menus just for Queen’s Feast. Highlights include the crispy rice with spicy tuna appetizer and The Shoyu On Fire noodle bowl, which comes with a choice of protein, spicy clear chicken broth with shoyu, green onion, corn, seaweed, lime, jalapeño and egg.

Savage Love: Should I Introduce My Husband to My Daddy Dom? 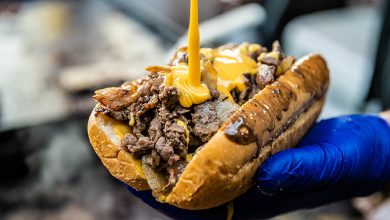