ARIES (March 21 to April 19) You need to be certain that all the right conditions are in place before you take that first step. It can’t hurt to listen to good advice from those who have your best interests at heart.

TAURUS (April 20 to May 20) Be careful not to get involved in other people’s disputes unless you know the facts behind the disagreements. That’s the best way to be assured of making wise and honest decisions.

GEMINI (May 21 to June 20) You still need to be careful about how you’re going to spend those energy reserves you finally got around to restoring. Best advice: Avoid overdoing it. Let things take their course.

CANCER (June 21 to July 22) Your aspect continues to favor travel — alone or with that special person. So if you’ve been putting off making those getaway plans, it’s still a good time to get started on them.

LEO (July 23 to August 22) Those so-called golden opportunities that continue to dazzle the Lion still need to be carefully checked out. Be suspicious about anything that looks like the “perfect” prospect.

VIRGO (August 23 to September 22) Changes at the workplace could make it more difficult to do things the way you prefer. But the wise Virgo who shows some flexibility could find it paying off in a big way.

LIBRA (September 23 to October 22) You might want to check out the explanation you were given for a sudden shift in your duties. There’s a possibility that you haven’t been told all the facts that you deserve to know.

SCORPIO (October 23 to November 21) Having confidence in your abilities is important, especially when you could be facing a new challenge, whether it’s in the workplace or in a personal relationship. Good luck.

SAGITTARIUS (November 22 to December 21) A new work-related opportunity might not be all that it seems. Before making any decisions, you might want to check with others who have had some experience in that area.

CAPRICORN (December 22 to January 19) A situation involving someone close could benefit from your timely intervention. Avoid being judgmental. There’ll be plenty of time later for those “little talks” you like to have.

AQUARIUS (January 20 to February 18) Travel could be a surprise element in that new project. Be prepared for other previously undisclosed aspects that also might come to light as you proceed with the work.

PISCES (February 19 to March 20) Try to balance your work-related responsibilities with the time you’re spending on your recently revived social life. An old friend might be planning to return after a long absence.

BORN THIS WEEK: Your sensitivity makes you aware of the needs of others. Have you considered a career as a counselor?

Savage Love: Cam What May 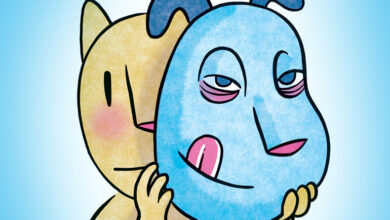 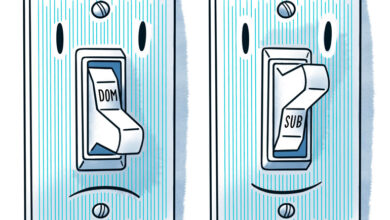