ARIES (March 21 to April 19) That lower-than-acceptable performance you’re getting from others in your group might be the result of miscommunication. If so, correct it before serious problems arise later on.

TAURUS (April 20 to May 20) An unexpected situation could call for a change of plans. If so, you might feel that this is unfair. But it’s best to make the needed adjustments now. There’ll be time later for rescheduling.

GEMINI (May 21 to June 20) The new year brings opportunities you might want to look into. Some might be more interesting than others. But take time to look at all of them before you make any decisions.

CANCER (June 21 to July 22) It’s a good idea to be careful about expenses until you’ve worked out that pesky financial problem. You might find it advisable to get some solid advice on how to proceed.

VIRGO (August 23 to September 22) Making contact with a former colleague might not be high on your list of priorities. But it could pay off personally as well as professionally. Avoid bringing up any negatives about the past.

LIBRA (September 23 to October 22) A personal relationship could face added stress because of a situation involving someone close to both of you. Be supportive and, above all, try to avoid playing the blame game.

SCORPIO (October 23 to November 21) You might well find some lingering uncertainties about a decision. If so, take that as a warning that you might not be ready to make that move yet. More study would be in order.

SAGITTARIUS (November 22 to December 21) Music is a dominant theme for Sagittarians right now, and it should remind you to make a greater effort to restore some much-needed harmony in that very special relationship.

CAPRICORN (December 22 to January 19) Although family matters might demand much of the Sea Goat’s attention this week, you’ll want to try to make time to handle those all-important workplace situations as well.

AQUARIUS (January 20 to February 18) A recurring unresolved issue might need to be revisited before you can move forward. Consider asking someone familiar with the situation to act as an impartial counselor.

PISCES (February 19 to March 20) Ignore pressure to make a decision. Keeping your options open is still the wisest course, at least until you’re sure you’ve learned all you need to know about the matter at hand.

BORN THIS WEEK: You’re capable of great loyalty to those around you, which is one reason you can count on devotion from friends and family. 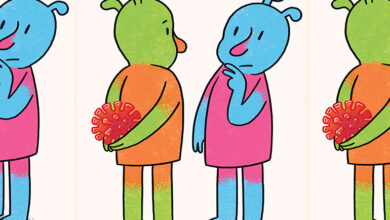 Editor’s Note: The Capitol Insurrection Was the Illogical Next Step 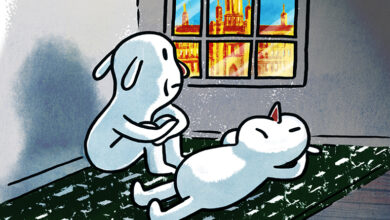 Savage Love: Should Parents Have Wild Sex with Kids in the House?