My boyfriend is male, I am female, and we’ve been together almost three years. We live alone in separate homes, but spend about three or four nights a week together. We’re both fully vaxxed and boosted, and we mask in public, etc. On the Monday before Christmas, I started feeling mild symptoms but tested negative. My boyfriend felt fine, and we spent a few nights together that week. On the morning of Christmas Eve, I take a second at-home COVID-19 test and it’s positive, so I cancelled plans to see a friend that afternoon and told my boyfriend he might have been exposed. Our Christmas Eve plans involved dinner with some of his family members. An hour later, he calls and says he tested negative and that he thinks the best thing would be for me to isolate alone on Christmas Eve and Christmas Day. He was still planning to go see his family. I burst into tears.

He’d already been exposed to COVID-19 and if his foremost concern was protecting his family, the logical thing to do would be to minimize contact with them, not me. I couldn’t believe he was going to leave me at home alone over Christmas when we’d already had so much close contact that week. And he knows that spending holidays together as a couple is important to me! He called me back, we argued, and then he offered to have me come over to his house to sleep in the guest room. Once I’m there, he changes his mind, and we wind up sharing his bed. The next morning, I want to clear the air and he tells me that he was angry about my behavior. He thinks I was being selfish and risked him being further exposed to COVID-19. I am really confused and hurt by the way everything has unfolded. Which one of us is being an asshole here?
— Flamingly Upset Couple Knows Conflict Over Virus Is Dumb

“I’m not going to assign the title of ‘asshole’ to either the letter writer, or her boyfriend,” said Dr. Stacy De-Lin, M.D., a board-certified physician who shares sound science about COVID-19 on her Instagram account. “But there is a clear public health answer to this question: the writer should have isolated away from her boyfriend as soon as she knew she was positive, and her boyfriend, having known he had a significant exposure, should not have attended any family gatherings.”

While Dr. De-Lin doesn’t feel comfortable assigning the title of “asshole” to either of you, FUCKCOVID, I’m gonna go ahead and cut the asshole in half here — in a display of Solomonic wisdom — and award the title of “asshole” to both of you. But you shouldn’t feel too bad about that, FUCKCOVID, seeing as this never-ending pandemic is bringing out the asshole in all of us.

“In addition to addressing public health, we also need to address the incredible mental health toll that nearly two years of a pandemic has taken on all of us,” said Dr. De-Lin. “Many of us longed to see our families and friends and were devastated when those plans were once again upended this year. Furthermore, the guidance on rapid testing, as well as the guidance on what vaccinated folks can and can’t do, has been constantly changing. So, it’s no wonder that her boyfriend still wanted to find a way to see his family and thought he could do so safely, and that the writer didn’t want to be alone on Christmas when I’m sure she was already feeling so isolated.”

And to put things in perspective, FUCKCOVID, it’s not like you punched a flight attendant or said, “Let’s Go, Brandon!” to Joe and Jill Biden on Christmas Eve. All you did was get upset. And you were right about one thing: If your boyfriend was gonna see anyone on Christmas Eve, it should’ve been you. Considering how much time you’d spent together after you became symptomatic (but before testing positive), you could reasonably argue that if you were going to expose him to COVID-19, you’d already exposed him. So, in the spirit of harm reduction, he could’ve and should’ve cancelled his plans with his family and spent the holiday with you instead. And that’s what he did, right? So, as much as the suggestion that you spend Christmas alone may have upset you, you didn’t spend Christmas alone, right?

So, maybe give your asshole boyfriend some credit for that?

All that said, your boyfriend could reasonably argue that you could’ve and should’ve isolated yourself at the onset of your COVID-19 symptoms and not exposed him (spent multiple nights with him before you predictably tested positive). But if you were to let go of your anger about him suggesting you spend Christmas alone, maybe that would inspire him to let go of his anger about not seeing his family. Because at the end of the day, FUCKCOVID, it was same desire for human contact that prompted you to put your boyfriend at risk of being exposed (by hanging out with him after the onset of COVID symptoms) and prompted your boyfriend to contemplate putting his family at risk (by hanging out with them after he was exposed to COVID-19). So, recognizing your mutual assholery, maybe — in the spirit of the holiday — you two can forgive each other and move the fuck on.

While I had Dr. De-Lin on the line, I asked her for some advice for all of us — all us assholes — on getting through the next wave of this seemingly-never-ending pandemic.

“We have ways that we can prevent the spread of the Omicron variant: get vaccinated and boosted, isolate when positive or after a high-risk exposure, wear masks in indoor settings, and keep gatherings outdoors,” said Dr. De-Lin. “The COVID Omicron variant is not only significantly more infectious than any variant we’ve seen so far, but it’s also coming at the worst possible time: the holiday season. So, it’s running rampant through the country and the world, and hospitals are already at the breaking point, making it more important than ever to avoid catching and spreading the virus.”

And as difficult as it might seem right now — and it seems mighty difficult — taking the long view will help us get through this.

“It’s important to remember that this wave, and the pandemic itself, will get much better, and we will be able to gather with our families and friends again in the ways that we used to, without fear,” said Dr. De-Lin. “In the meantime, I hope that the letter writer and her boyfriend, and all of us, can be patient and forgiving with each other in these challenging times.”

In the mid to late 1980s when I was a toddler, my father had an affair. For some reason, he confessed to my mother in the early 1990s. She was furious, and they separated for two years. My sister and I stayed with our mom during the week, and we shared a room in our father’s two-bedroom apartment on the weekends. During this time, my mother frequently and loudly badmouthed him and would call him “the man in the apartment.” After two years they got back together, probably “for the kids,” but my mom constantly held the infidelity over my father’s head. My sister and I were aware of the former mistress’s name, as my mother would bring her up whenever we passed by a motel or at other random moments. She still refers to my father as “the man in the apartment.”

I hated this and I thought we all would have been better off had they just divorced. Their histrionics (her histrionics) and some incredibly punitive nuns instilled in me, a heterosexual male, the idea that boys are stupid and bad, and girls are mean and inflict punishment. I developed shame about being male coupled with a resentment of women, issues I’m still working through. Now my parents are well into their 70s and my mother has actually gotten worse. My mother somehow found his former mistress online and uses her photo as her screensaver. She brings up the affair constantly and bullies my father about it daily. This has been going on for 30 years! Right now, I’m out of town for the holidays with my mom and my sister and my dad told me he might move out before she returns. Is this salvageable? Should I insist he stay? For the first half of my life (I’m nearly forty) I was firmly on “Team Mom.” That has radically shifted in recent years. My dad can be a real jackass, but he has carried this cross for too long and doesn’t deserve this.
— Sad And Disappointed Seeing Ongoing Nightmare

“The victim of the affair is not always the victim of the marriage,” as famed psychotherapist and author Esther Perel says, and your parents’ marriage may be the best single example of a marriage where the cheater is (or became) the victim. Yes, SADSON, your dad wronged your mom when he had that affair 30 years ago. (An affair he should’ve kept his mouth shut about.) But if your mom couldn’t bring herself to forgive your dad and/or couldn’t stop punishing him — or, worse yet, if she only took him back so she could punish every day for the rest of his life — then your mom long ago ceded the moral high ground to your dad.

Your dad should move out, your mom should get a mental health assessment, and you and your sister should stop — finally — allowing your mother to abuse you like this.

P.S. I hope there were other women.

Thank you for the very sweet note, SADISM, and here’s hoping my column didn’t just make you feel better about your fantasies, but also inspired you to go find consenting adult partners who wanted to realize them with and for you! 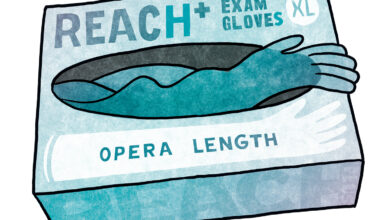